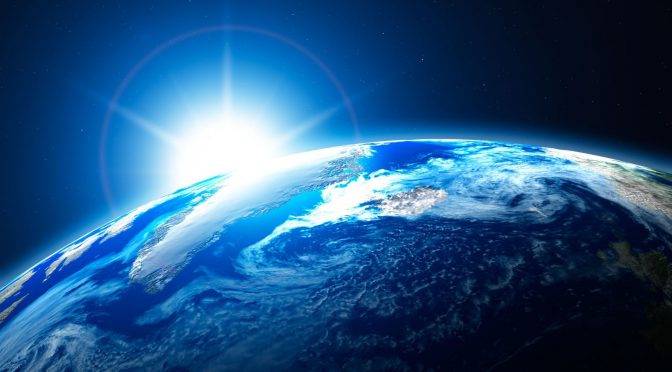 All of the ongoing catastrophes, simulated or otherwise, are meant to delay and deter humanity’s real scientific progress, which should have been the natural course of every civilization working individually, or collectively, towards its shared goal leading to a much higher quality of life.

The techniques being used today to main the status quo are all based on old military doctrines, like so:

Disrupting The Enemy’s Health is An Age-Old Military Tactic

The Biden Administration is spending almost $5 billion for 171 million untested and unapproved mRNA shots this winter at $29 each to inject into the American population. It has options to buy another 600 million shot if Congress allocates more funding. The cumulative effect of multiple injections are already causing major health disruptions.

Any discussions about attacks on humanity from Big Pharma, Big Government, World Economic Forum, United Nations, etc., are immediately branded as conspiracy theories with outright denial from so-called “fact-checkers.” This demonstrates that the counter-narrative is true and the “official” narrative is false. This is a harsh reality that Americans need to grasp before our nation is ripped apart at the seams. ⁃ TN Editor

The Health and Human Services Department has secured 171 million doses of new Covid vaccines that target the omicron variant in preparation for a fall booster campaign.

HHS expects to receive the first deliveries from Pfizer and Moderna early this fall. The new vaccines that target omicron still need to be authorized by the Food and Drug Administration and cleared by the Centers for Disease Control and Prevention.

The FDA last month told Pfizer and Moderna to develop vaccines with a new formula that targets the omicron BA.4 and BA.5 subvariants in addition to the original strain of Covid that first emerged in Wuhan, China in 2019.

Omicron BA.4 and BA.5, the most contagious Covid variants yet, have caused a wave of summer infection that has led to an increase in hospitalizations. Public health officials and scientists are worried that the U.S. faces an even larger wave of infection in the fall as immunity from the original vaccines wanes and people head indoors, where the virus spreads easier, to escape the cold.

Omicron BA.5 makes up nearly 82% of new infections in the U.S. while BA.4 is causing about 13% of new cases. The U.S. is reporting at least 126,000 new infections a day on average as of Wednesday, according to data from the CDC. But the real number of new infections is likely far higher because so many people are using at-home Covid tests, which aren’t picked up by the official data.

Moderna’s and Pfizer’s current shots are based solely on the original strain of Covid that emerged from China more than two years ago. The virus has mutated dramatically since then and, as a consequence, the vaccines are no longer effective at blocking infections. President Joe Biden recently caught Covid, likely BA.5, despite being fully vaccinated and twice boosted. But the current vaccines are still effective at preventing severe disease and death. The president recovered in a matter of days after also taking Paxlovid, Pfizer’s oral antiviral treatment.

Farmers have been declared to be the scapegoats of the mass formation of global warming loons and destroying food production is at the top of their list. Any nation that has bought into this madness is attacking the very means of our survival – food. The world is at war but nobody is crying out.

In America, farmers are under unprecedented attack but so also are food processing plants. The fact that the entire universe of disingenuous fact checkers have labeled all of this as conspiracy theories is proof enough that we are indeed at war. ⁃ TN Editor

The most efficient system in history of growing food and getting it to consumers, modern farming, is under attack, blamed for causing climate change.

Dutch Government to Farmers: Reduce Your Operations by Up to 95 Percent

The world has watched as Dutch farmers fight for their economic survival against demands that they shrink their operations to suit the government’s climate change agenda. The Dutch government has told farmers to cut ammonia emissions by 50 percent, and those near protected areas must reduce their operations by as much as 95 percent, or they must sell their land to the government and face a lifetime ban from farming.

Dutch Farmers have responded by spraying government buildings with manure while Dutch police shot at a 16-year-old boy at a demonstration.

Jos Ubels, Vice President of the Farmer’s Defense Force in the Netherlands, says negotiations are not going anywhere and a bad situation is continuing to escalate.

Farmers from around the world who are also seeing their way of life under attack have demonstrated in solidarity.

American farmers, who are already subject to a host of regulations, could also find themselves facing even more restrictions. But the island nation of Sri Lanka serves as a cautionary tale.

Sir Lanka: A Warning to Politicians Who Want to Restrict Farming

Sri Lanka’s ban of chemical fertilizers in farming caused the struggling nation’s agricultural sector and economy to collapse. It ended with protestors frolicking in the presidential swimming pool after nation’s president fled the country.

Sri Lanka was supposed to be the poster child for modern organic farming. The World Economic Forum even proudly posted an article about Sri Lanka’s expected success, written by the prime minister whose house was set on fire by protestors.

Parts of the world already face famine because of a shortage of chemical fertilizer due to Russia’s invasion of Ukraine – the same kind of fertilizer environmentalists want to reduce.

Is the Biden Admin About to Launch a Similar War on American Farmers?

Washington Attorney Gary Baise, who helped start the Environmental Protection Agency in 1970 and now says it should be abolished, owns 11 farms in Illinois. He calls what the Dutch government is trying to do to its farming sector “madness,” and sees signs a similar movement is coming to the U.S.

“Agriculture is an easy target, both from the animal standpoint and from guys like me who put a lot of anhydrous ammonia on their corn crop,” Baise said. “They’re going after methane, which is belched by cows. You know, AOC [Rep. Alexandria Ocasio-Cortez, D-NY] has it wrong. They do not F-A-R-T methane. They belch it.”

Baise believes the era of cheap food at the grocery store is over, not just from inflation but because of growing environmental regulations on farming, and says Sri Lanka should be a warning to leaders who want to experiment with food production.

“That’s what happens when you don’t have food,” Baise warned.

Nevertheless, the Biden Administration appears to be coming after farmers. Steve Milloy, editor of the website Junkscience.com, writes that a new study by the EPA claims that air emissions from farms, basically farm dust, kill 17,000 Americans per year, the same EPA standards that basically killed the coal industry.

When Farming is Attacked, the Global Food Supply Suffers

Former U.S. ambassador to the Netherlands Pete Hoekstra says if the Dutch government wins this battle against its own farmers – who are the second largest exporters of agricultural products in the world behind the United States – it will only make the global food shortage worse.

Hoekstra warns, “The Dutch will not experience food shortages, but there may be other parts of the world that will, because you know, this food is going to go away.”

Any politician willing to risk the food supply in order to fight climate change might want to keep Sri Lanka in mind.

The nation’s critical supply chain consists of ships, trucks, rail and air, all of which are suffering from failures and delays. Air transport can’t find enough pilots. Trains are faltering. Truckers are going out of business. Ships are stacked up waiting for port loading/unloading. While some of the problems are naturally occurring, the whole system is being pushed over the edge by climate insanity. ⁃ TN Editor

If you only look at Los Angeles and Long Beach — the largest container import gateway in America — you’d think shipping congestion has drastically reduced. The number of ships waiting there has fallen to 26 from a high of 109 in January. But in fact, North American port congestion has just re-entered record territory. The offshore traffic jam is once again as bad as it’s ever been.

In January and February, when North American congestion previously peaked, there were just under 150 container vessels waiting off the coastlines. Two-thirds were in the Los Angeles/Long Beach queue.

As of Thursday morning, there were 153, the majority off East and Gulf Coast ports. Whereas the earlier West Coast pileup was centralized, highly publicized and relatively easy to track, today’s ship queue is more widely disbursed and attracting less attention.

Port congestion had finally looked like it was easing in May and early June. Ship queues had fallen back to double digits. There were 92 vessels waiting offshore as of June 10, led by 25 off Savannah, Georgia, 20 off Los Angeles/Long Beach, 18 off New York/New Jersey and 14 off Houston.

With the count now rising to 153, the North American container ship queue has increased in size by 66% over the past seven weeks.

As of Thursday morning, ship-position data from MarineTraffic and the latest queue lists for California ports showed 43 container ships waiting off Savannah; 26 off Los Angeles/Long Beach; 24 off Houston; 18 off New York/New Jersey; 17 off Vancouver, British Columbia; 15 off Oakland, California; and 10 ships off other ports.

Of those, 59 ships – 38% of the total – were waiting off the West Coast, where queues have climbed off Vancouver and Oakland. There were 94 ships (62% of the total) off the East and Gulf Coast ports, with counts up in both Savannah and Houston.

It may be no coincidence that East and Gulf Coast congestion ramped up starting in June. That was the month new annual contracts kicked in. It was also the last month before the West Coast labor contract with the ILWU longshoreman union expired.

Akhil Nair, vice president of carrier management at Seko Logistics, said during a briefing on July 20, “With all the early threats of the potential ILWU strike and labor constraints on the West Coast, there was an automatic shift during contract season for customers to actually require traditional West Coast shippers to request allocation on the East Coast as well. This was their contractual hedge that they put in place.

“This has resulted now in people probably having overcompensated. The congestion on the East Coast is a result of some of this shifting in the supply chain design and hedging for potential incidents or reliable or unpredictable activity on the West Coast.”

“Let’s be clear the future is not just happening, the future is built by us, a powerful community here in this room. We have the means to impose the state of the world.”