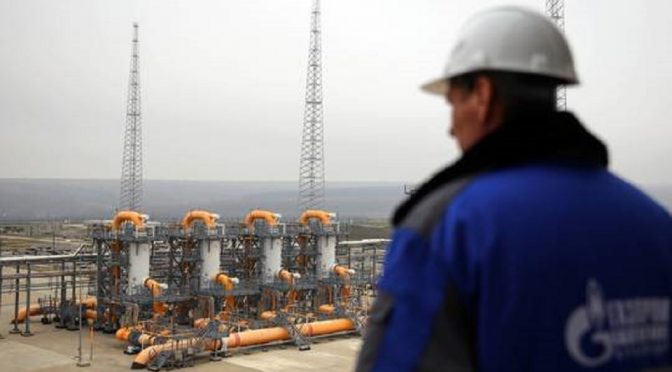 Ankara agrees to pay for some of Russian natural gas supplies in rubles. Russia and Turkey have reached an agreement in principle to switch some of the payments for Russian natural gas to rubles as part of deepening trade ties between the two countries, the Turkish energy ministry announced on Thursday.

The move to avoid payments in US dollars helps both countries. Russia has called the currency “toxic,” as Western sanctions make it difficult to conduct transactions. It also helps Turkey protect its dwindling hard-currency reserves.

Last week, Turkish President Recep Tayyip Erdogan confirmed that Ankara would start paying for some natural gas imports from Russia in rubles after several hours of talks with his Russian counterpart Vladimir Putin in Sochi.

The two nations also signed a roadmap for economic cooperation that envisages bringing bilateral trade turnover to $100 billion a year. The presidents also discussed a broad range of issues, including Ukrainian grain exports.

Earlier this month, Putin said EU countries should be grateful to Turkey for ensuring a reliable supply of Russian gas to the bloc via the TurkStream pipeline.

The agreements come amid unprecedented Western sanctions on Russia over its military operation in Ukraine. Turkey has refused to join the sanctions, and instead has pushed for truce talks between Moscow and Kiev.

In inter-state relations, the question is always one of balance and political opportunity. Statesmanship lies in striking the balance and seizing the opportunity thereof.

Russian President Vladimir Putin’s 4-hour meeting with Turkish President Recep Tayyip Erdogan in Sochi on Friday becomes an outstanding example of how two powers who have rivaled each other in history can still craft a common destiny by balancing their interests and create new opportunities to navigate their way forward in an uncertain world.

It is seldom that the outcome of a high-level working visit can be foretold with absolute certainty. Yet, that was what Erdogan did as he headed for Sochi. He said, “I believe that (today’s meeting) will open a whole different page in Turkish-Russian relations.”

The agenda of the Sochi meeting was based on a message Putin had transmitted to Erdogan via the Russian Deputy Prime Minister Aleksey Overchuk, who visited Ankara on 14 June. Overchuk is a politician who is more of a technocrat in economic management. Indeed, the Turkish president happily received him.

From Putin’s side, Russia has an acute necessity today to open up trade and economic channels to mitigate the west’s barrage of sanctions, while, from Erdogan’s side, it is a top priority to generate ballast for the Turkish economy to lift it out of its crisis.

Equally, Russia and Turkiye are sailing in the same boat – they need to generate fresh resources without being subject to western sanctions in the current international environment where Moscow and NATO are confronting each other. From the Russian viewpoint, the relationship with Turkiye has become highly consequential, since it is both a NATO country and a Black Sea power.

Importantly, Erdogan’s agility and stamina to project strategic autonomy and pursue independent foreign policies is well-known to Moscow, as evident in the collaboration with Russia that he pioneered: the $20 billion Akkuyu nuclear power plant which Rosatom will complete by next year (to supply 10 percent of Turkiye’s energy needs), and the S-400 missile defense system purchase that Ankara clinched while defying Washington’s diktat and sanctions.

Putin’s proposal, which Overchuk presented to Erdogan, detailed a road map to circumvent the US and EU sanctions by finding trade routes outside the channels of the American banking system that would have a “win-win” outcome by way of generating cash flow for both economies.

Bypassing the dollar…and US sanctions

Following his talks with Putin in Sochi on Friday, Erdogan revealed to the Turkish journalists accompanying him on the plane that bilateral trade with Russia shall now be carried out partially in rubles and lira – instead of dollars – and that the Central Bank is working on the arrangement.

He further disclosed that five Turkish banks are preparing to work with the Russian credit card system Mir (which will make it easier for Russian nationals, especially tourists, to spend money in Turkiye.)

Russian Deputy Prime Minister Aleksander Novak, who is also the co-chairman of the joint economic commission with Turkiye, signed an agreement on Friday with the Minister of Commerce Mehmet Mus providing for Ankara to purchase natural gas from Russia “partially” in rubles — not dollars. (Last year, Russia accounted for about a quarter of Turkiye’s oil imports and 45 percent of its natural gas purchases.)

Novak also told reporters in Moscow that “big” agreements were reached in the financial sphere to facilitate payments by Russian companies and citizens. He said: “Very important decisions that were reached during today’s talks will take our economic and trade ties to a new level in practically all areas.”

Neither side has divulged what percentage of payments for gas deals would occur in rubles. But the move puts Erdogan at odds with Washington. Of course, Turkiye’s ruble payments not only help Russia avoid dollar payments and sanctions-related restrictions placed on those payments, but will also strengthen the ruble (which US President Joe Biden once vowed to turn into “rubble.”)

Erdogan told reporters on his return flight that there is a new “road map” to enhance bilateral relations that will serve as a “source of power between Turkiye and Russia in financial terms.” Indeed, the Mir system will circumvent Moscow’s exclusion from the SWIFT transnational banking communication network, and enable Russian businessmen to transfer money to Turkiye directly.

Alongside, the Russian side has projected its interest to establish more free trade zones in Turkiye, signaling that Russian business will increase their investments if more of these zones are established, especially on the Black Sea coasts.

There is a lot of Russian money in circulation in the world, and these still mostly un-sanctioned investors are largely in the UAE as of now, given the advantage Dubai offers as one of the world’s trade centers and financial technology hubs.

Clearly, Russian business prefers Turkiye, which is geographically close to both Russia and Europe (in terms of production and export opportunities) and which has a robust record of resisting possible US pressure (compared to the UAE).

Erdogan has found this to be an extremely interesting idea, both from the perspective of development of the relatively backward Black Sea regions, and the overall boost it could deliver to Turkiye’s economy – not to mention its electoral appeal when the Turkish president seeks a renewed mandate in June 2023.

To be sure, Putin has forged a deal with Erdogan that will profoundly transform the Russo-Turkish relationship.

Putin has upended the western sanctions by creating a window of opportunity to sustain Russia’s wide-ranging economic partnerships with the world market through Turkiye.

Meanwhile, Erdogan visualizes a rare opportunity to turn around his country’s economic crisis by using the Russia connection, and front load his forthcoming election campaign as an achiever.

Putin is garnering the personal investment he made in creating a relationship of mutual respect and mutual confidence with Erdogan over the past decade. The takeaway from the Sochi meeting shows that it has been a highly rewarding investment at a time when Russia visualises Turkiye as an indispensable partner.

Washington can only seethe

Without doubt, this development has far-reaching geopolitical implications.

There is already consternation in western capitals. The west finds Erdogan difficult to live with, but at the same time, it also finds it impossible to live without Turkiye.

While Erdogan’s diplomacy may be disruptive and unpredictable, there is also sneaking admiration over Turkiye’s tight connections regionally which create political heft, as the recent grain deal shows.

Ivo Daalder, former US ambassador to NATO and president of the Chicago Council on Global Affairs, has written in Politico that Erdogan is both a villain and a hero whose “presidency has taken Turkey’s offenses to an entirely new level,” but the country’s strategic importance to NATO is nonetheless clear. “In other words, Turkey’s an ally that’s increasingly difficult to live with and nearly impossible to live without.”

Of course, for the western alliance, the unkindest cut of all has been Erdogan’s refusal to impose sanctions on Russia. Ironically, that is now giving a crucial lifeline to beleaguered Russia while also promising for Erdogan a springboard to rejuvenate his country’s economy and secure himself a renewed mandate in 2023.

Ambassador MK Bhadrakumar was a career diplomat for three decades in the Indian Foreign Service with multi-year assignments in the former Soviet Union, Pakistan, Iran, Afghanistan and Turkey. MK writes extensively on the geopolitics of Eurasia, China, West Asia and US strategies. He is a columnist at The Cradle, writes a popular blog called Indian Punchline, and is a syndicated columnist worldwide.