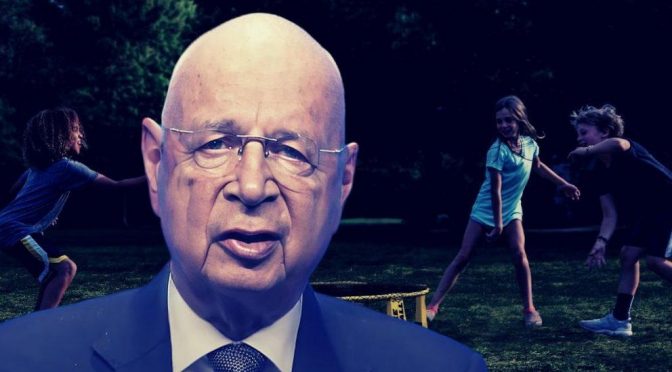 An article on the institution’s website makes the case for implant technologies. Human implant technologies will soon become a commodity, a blog post published on the World Economic Forum’s website last week suggests, arguing that there are “solid, rational” reasons for microchipping children with location trackers.

The author, Vice President R&D of the Interuniversity Microelectronics Center (IMEC) Kathleen Philips, argues that augmented reality technology “has the ability to transform society and individual lives” and despite sounding “scary,” will undergo the same “natural evolution” as wearable tech.

“Hearing aids or glasses no longer carry a stigma. They are accessories and are even considered a fashion item. Likewise, implants will evolve into a commodity,“ she wrote.

Philips believes an augmented society is more or less inevitable and that the real question is how it will be regulated. “The limits on implants are going to be set by ethical arguments rather than scientific capacity.”

As an example of such “ethical” regulation, the author points to the question of whether or not children should be implanted with microchips. “There are solid, rational reasons for it, like safety,” she writes, noting that for some it might be a “bridge too far.”

As for who will oversee the ethics governing the use of such technologies, Philips states that “ethics should not be preached from an academic ivory tower.”

“Overarching or independent institutions should guide policymakers and researchers in the augmented society on the do’s and dont’s and help build the ethical framework on societal aspects of augmented reality technology,” she wrote.

Philips provides examples of such regulation by pointing to the Council of Europe, which recently launched a strategic action plan for issues raised by the application of neurotechnologies, as well as the Rathenau Institute, founded by the Dutch government, which assesses the impact of technology on our lives.

Meanwhile, World Economic Forum chief Klaus Schwab has previously suggested there will soon be a so-called “fourth industrial revolution,” which will “lead to a fusion of our physical, digital and biological identity.”