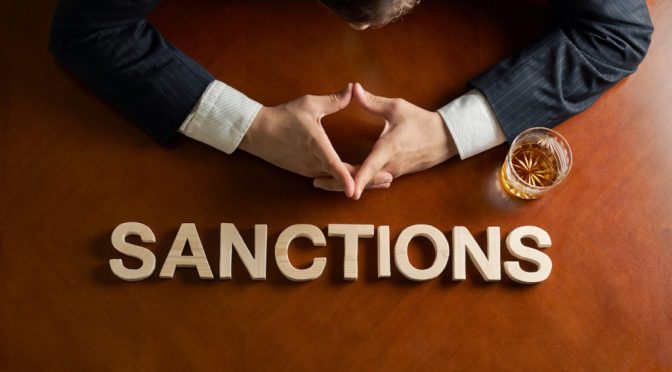 A new position is being created to advise the Biden administration on how to avoid collateral damage from restrictions.

The US Treasury Department is seeking to hire an expert who will advise on how to avoid blowback from the sanctions Washington has been using in recent years to pressure countries around the globe, Bloomberg reported on Thursday.

According to the news agency, the candidate chosen will head up the Sanctions Economic Analysis Unit and will offer expertise to the Biden administration on the collateral effects such restrictions have on the US economy, financial markets, and other related areas.

The position, which offers a salary of up to $176,300 per year, also requires a Top Secret security clearance.

The urgency of such a role has increased as the sanctions framework Washington has been relying on in recent years has become more complex. The difficulties have been further compounded by the White House’s sanctions on Russia over the Ukraine conflict, which have added to the administration’s “headaches,” the report says.

According to the outlet, one of the expert’s main tasks will be “to avoid major economic shocks,” akin to the one that roiled global markets after the US slapped sanctions on companies linked to Russian billionaire Oleg Deripaska, including aluminum giant Rusal. The Trump administration lifted sanctions on the firm in early 2019.

Alex Parets, a counselor to the undersecretary for Terrorism and Financial Intelligence, told Bloomberg that the Biden administration is looking to hire a person who has some theoretical training but is more focused on practical solutions.

“What we don’t want is someone just turning out 460-page academic papers,” he stressed.

The requirements for the position include either a degree in economics or a combination of an appropriate educational profile and relevant market experience.

After Moscow launched its military campaign in Ukraine in late February, the US, along with its allies, has significantly ratcheted up sanctions on Russia. The sweeping new restrictions included sanctions on Russia’s major banks and enterprises, a ban on all new investments in the country and a block of Moscow’s debt payments. The majority of Russia’s gold and foreign-exchange reserves were also frozen.