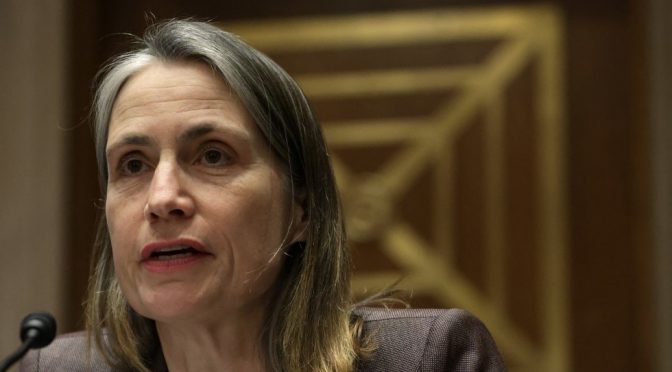 Fiona Hill argues that Americans have “failed to recognize” the scope of the Ukraine conflict.

The West has been fighting World War III against Russia “for a long time” without being aware of it, former White House advisor Fiona Hill told the New Yorker magazine on Thursday. Moscow, however, is aware, with President Vladimir Putin accusing the collective West of waging “hybrid war” on Russia.

“We’ve been in this for a long time, and we’ve failed to recognize it,” said Hill, who served in Donald Trump’s national security council before testifying against him during the 2019 impeachment inquiry.

With the US backing a coup in Kiev in 2014 and supplying military aid to Ukraine while it waged war against the Donetsk and Lugansk People’s Republics in the eight years since, Hill suggested that Washington could reevaluate its stated policy of supporting Ukraine without becoming a direct party to the conflict.

“If the goal is to avoid a conflict in which we are already fighting, then does the rest of Washington’s approach to Russian aggression need to be reconsidered?” the New Yorker paraphrased her argument.

While Hill did not directly call for the US to enter open war with Russia, other US lawmakers and former officials have. Shortly after Russian troops rolled into Ukraine in February, a group of these national security experts called on President Joe Biden to enforce a “no-fly zone” over Ukraine. Such a measure would see the US and any willing NATO allies commit to shooting down Russian aircraft, something Moscow has explicitly said it would perceive as an act of war.

Russia already considers itself at war with NATO in Ukraine, and Putin has vowed to use “all available means” to defend its own territory, including four former Ukrainian regions set to join the Russian Federation in the coming days.

In a speech on Friday after signing accession treaties for these four regions, Putin accused the West of waging a “hybrid war” against Russia to prevent the development of a “multipolar world.”