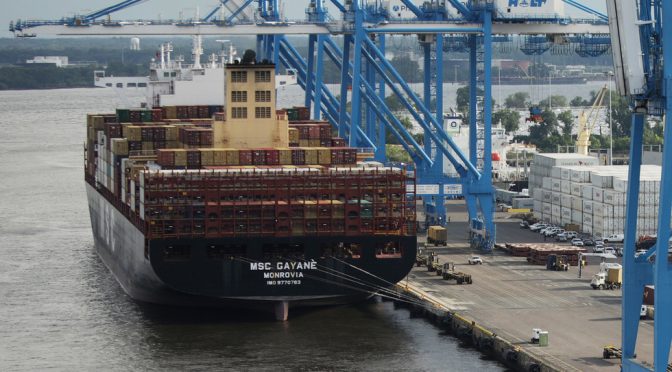 The execution of George Bush Sr. and his wife Barbara is finally opening doors to a real takedown of the satanic Khazarian mafia cabal, multiple sources agree. This is seen in all sorts of news events being reported even by the corporate slave media.

The resignation of Trump’s Labor Secretary Alexander Acosta over his involvement in covering up for Mossad agent Jeffrey Epstein is just another domino to fall. At least 110,000 others will follow, including a wide swathe of politicians, celebrities, and billionaires, promise Pentagon sources.

This purge at the top of world power will go hand-in-hand with a massive campaign to fix up the planet. “A letter of recommendation for a world future planning agency has been distributed to all sovereign heads of state,” according to a high-level European royal family source. The plan to reforest an area the size of the U.S. and China combined has been added to this proposal, the source also said.

This proposal is under a diplomatic corporate/associated press embargo until the market-moving details of its structure are worked out, the source says. However, he says it has already been decided that the project will dwarf even the multi-trillion-dollar Chinese Belt and Road Initiative.

World financial markets, which are becoming a giant hallucination with negative interest rates and soaring stock prices, may be shut down and rebooted as a part of the preparations, the source adds.

However, a complete purge of the satanic elements of the world power structure will be needed before this is possible, Pentagon and CIA sources note. This has continued with a Special Forces raid on the Clinton Foundation and other satanic infrastructures that took place during a power outage in Manhattan last week, the sources say.

“While China may get media attention, an extreme prejudice counterintelligence task force aided by the NSA, the military, and Russia is ridding America of the [satanic] Zionist parasite, as the CIA and FBI atone for their crimes and protection of Epstein,” Pentagon sources say.

“With 110,000 indictments that are being unsealed with Epstein, a Twitter outage and California quakes, ICE raids with federal troops may lead to mass arrests, as Trump knows that it is now or never if he is to win in 2020,” one Pentagon source says.

Clearly, even if Trump is a Zionist agent, the push from the lower and middle ranks of the military-industrial complex will pop him out of power like a cork from a champagne bottle if he tries to stop it.

The Pentagon sources add, “Israel is under siege as former Prime Minister Ehud Barak may have commanded Epstein blackmail operations as well as 9/11.”  Barak appears to have been ratted on by war criminal Benjamin Netanyahu, and internecine fighting in Israel intensifies, MI6 sources note.

Israel is also feeling the heat because “Turkey is getting Russian S-400 anti-aircraft missiles to break up NATO, project power, protect its offshore gas in Cyprus, and put Israel back in its sandbox,” the Pentagon sources say.

When in trouble, the fake Jews attack themselves in order to appear persecuted and justify aggression, Mossad sources say.  That is why the Mossad-created Hamas organization is now calling for Jews to be killed around the world, they say.
https://www.timesofisrael.com/senior-hamas-official-calls-on-members-of-palestinian-diaspora-to-kill-jews/

Message to the Jews:  Relax, nobody is going to kill you;  you are just being liberated from thousands of years of satanic Babylonian tyranny.

This imminent liberation can be seen as pressure against the satanists is intensifying from all directions, with pushes for “FISA disclosure, 9/11, 3/11 [Fukushima], and Malaysian Air Flight 370/17 declassification,” Pentagon sources confirm.

This can be seen with investigations of Deutsche Bank, which indicate it was involved not only with financing Epstein, but also with drug-money laundering and with the Malaysian 1MDB scandal, multiple sources agree.

Former Prime Minister Najib Razak, who has been arrested in this scandal involving the embezzlement of billions of dollars, has been singing like a canary, CIA sources in Southeast Asia say.  Razak is negotiating a plea bargain in which he will trade his secret files on Malaysian Air Flight 370/17 for leniency, the sources say.  As long-time readers of this newsletter know, Flight 370/17 was used by former U.S. President Barack Obama for nuclear blackmail against world leaders, among other things.
https://markets.businessinsider.com/news/stocks/deutsche-bank-weathers-epstein-links-doj-investigation-1mdb-2019-7-1028345284?utm_source=reddit.com

Another sign that Bush Sr. is no longer around to sweep things under the carpet came when a ship owned by Bush-linked JP Morgan was busted with $1.3 billion worth of cocaine on it.
https://www.aol.com/article/finance/2019/07/09/us-customs-just-seized-a-ship-owned-by-jpmorgan-after-authorities-found-dollar1-billion-worth-of-drugs-on-it/23767071/

The fall of Bush has also exposed the German-led EUSSR.  The British, as we mentioned last week, have shown they can cut off European access to the Baltic and Mediterranean as well as the Suez Canal as they start playing Brexit hardball.

The European Galileo GPS system was also taken out of commission as part of a pressure campaign to get the EU to surrender, Pentagon sources say.
https://www.bbc.com/news/science-environment-48985399

No wonder Angela Hitler was seen trembling in public for the third time in three weeks.
https://www.thesun.co.uk/news/9476651/angela-merkel-shaking-third-time/

German right-wing sources say if Merkel is not being attacked with electronic weapons, then “she has serious health problems based on a neurological or even neurodegenerative disorder like Parkinson’s disease or even a prion disease like Kuru.  The public is entitled to know the exact reasons for her tremors,” the source adds.  It may just be stress.

The firing of the British Ambassador to the U.S. last week was also part of the high-level infighting, a British royal family source says.  “We fired our envoy to Washington for insulting the Farnese [Pentagon] family.  Don’t pay attention to the rubbish they publish, common a day tittle tattle.”

This source also provided insight in the infiltration by Satanists of the highest ranks of European power:

“Really, it is quite horrid, but it is a cult and as we know, a religious fanatical one at that.  All fanatics are deadly and dangerous outside very advanced psychiatry to deal with them.  [Former UK Prime Minister] Tony Blair, by the way, was compromised to be totally controlled by the Ninth Circle Satanic Cult at the Mothers of Darkness site in Europe.  We believe it was that incident that was used in the illegal Anglo-American Iraq war.  A lot of what you report is symptomatic of the total rot at the very highest levels of world government, which I have had to meet face on.”

Remember, Tony Blair and George Bush Jr. both went for private talks with Pope Maledict (Benedict XVI) after leaving office, apparently seeking protection from prosecution for their crimes in Iraq.  Take a look at this picture of Maledict (or any picture of him) and you can see pure evil.  It looks like he is under the control of some sort of malign entity.
http://thechurchinmalta.org/en/posts/9402/thousands-flock-to-vatican-to-back-pope-over-abuseturija-massicca-ta%25e2%2580%2599-solidarjeta-mal-papa-quddiem-l-iskandlu-ta

World institutions were “very dysfunctional and hugely compromised by the Western families who, to be very honest, either simply gave up or found their new generations to be completely inept, as happened with Rothschild, whom I replaced,” the royal source said.

“There was an element in the world ruling class that was very rotten—really it was a mafia—and things have changed now, or at least the trajectory has pivoted,” he added.

The power transfer at the very highest level of Western institutions is what is making all the public disclosure and arrests possible, as this and other sources agree.

The last domino to fall may well be Japan.  Here, a criminal government that rules through fake opinion polls, fake elections, fake economic statistics, murder, and bribery is clinging to power.  They are probably going to get away with another election theft in the July 21st upper house election.  However, the person who put this government in power, Richard Armitage, is a dead man walking.  This murderer and drug dealer, a cousin of Barbara Bush and bagman to Bush Sr., has lost his high-level patrons.  When the move comes on Japan, “it will be sudden and absolute,” Asian secret society sources say.

The U.S. military, who control Japan, are about to dump criminal Japan handlers like Armitage, Michael Greenberg, and Gerald Curtis, Pentagon sources say.  However, this will only happen after the U.S. is cleaned up, they note.

Meanwhile, the U.S. military is making public preparations to stay in operation even if the U.S. corporate government goes bankrupt.  They have already convinced Kuwait to help finance them, together with Saudi Arabia.  Now they are working on getting Japan to pay more, too.
https://sputniknews.com/middleeast/201907141076238750-kuwaiti-ports-authority-says-signed-agreement-with-navy-to-protect-ports-amid-gulf-tension/

The end game involves a Russian/U.S. military alliance to replace NATO, Pentagon sources say.  This unified “Christian” alliance would then negotiate world peace with the Asians, they say.  British royal family sources agree and add, “Usually things happen very fast when the deal is done, so hang on to your hat.”

As usual, though, we warn our readers to only believe it when you see it.  Trump, for example, has yet to make good on his promise to disclose 9/11 truth.  The world expects and demands a Nuremberg-style public trial of the high-level criminals.  Seeing people like Hillary and Bill Clinton dragged off in handcuffs would be a good start.