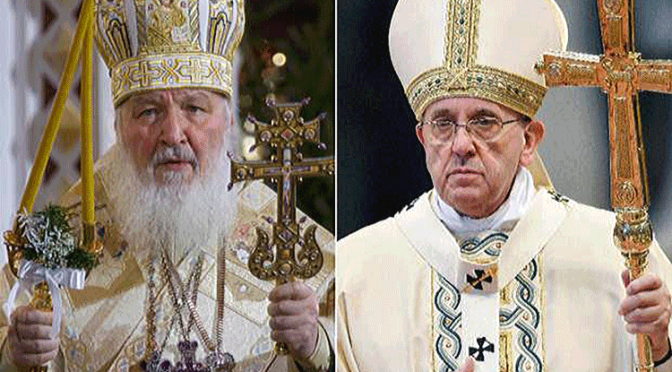 by benjamin
February 8, 2016
The first meeting between the head of the Russian Orthodox Church and the Pope in 1000 years is aimed at cementing an alliance against the Satan worshiping Khazarian mob, Russian and Pentagon sources say.