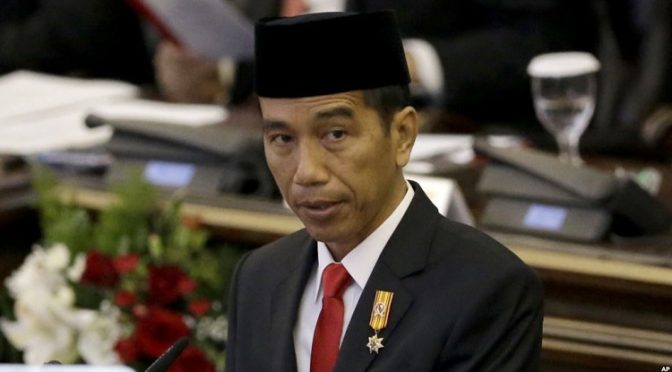 by benjamin
March 15, 2016
The back-room negotiations to release funds to finance a massive world clean-up took a dramatic turn last week as Indonesian President Joko Widodo made a sudden decision to fly to Holland to discuss gold, CIA sources in Indonesia say. Widodo, or Jokowi as he is known, decided to visit Holland, the former colonial rulers of Indonesia, to avoid civil war, they say.