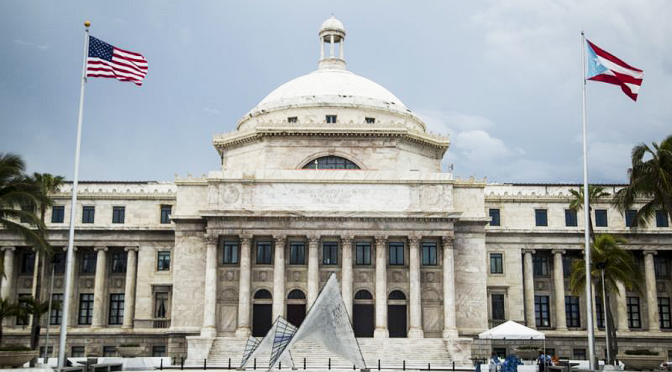 This was also why the British Royal family held an emergency meeting last week at Buckingham Palace and then announced the retirement of Prince Philip.
Both emergency meetings had to do with the cashing of Super Petchili or Lung-Tsing-U-Hai bonds backed by Chinese gold and held by many members of the world’s royal families, according to a senior bank source. To be exact, according to this source, in exchange for resigning, Prince Philip was allowed to cash his Petchilis meaning the British Royal Family now has in its hands enough money to totally transform the planet.
If so, then this means Canada is now in a position to ask creditors of the bankrupt United States Corporation for financing of a leveraged buy-out of its operations. The result would be an end to the never ending insanity and criminality emerging out of Washington DC.
We will look deeper into this further down because, in terms of how this will affect the planet, this under the radar move is far more important than the French Presidential election. This was stolen by the Rothschild’s on behalf of their slave Emmanuel Macron with a in your face, Satanic 66.06% of the vote.
The French election was really a German/Russian proxy war over the control of Europe. US naval intelligence reports that German troops were sent into France prior to the election to while Pentagon sources say Russian troops were sent into Serbia at around the same time.
As things stand now, Hitler’s daughter Angela Merkel has repeated her father’s accomplishment of conquering France, this time through stealth rather than through open warfare.
Regardless though, Japanese military intelligence is now saying that defeated French presidential candidate Marine le Pen was in fact the daughter of a Mossad agent. What this means is that the Rothschilds would have won the French election even if she had become president. The battle for France has by no means ended, since a majority of the French viewed the election as “having to choose between plague and cholera, between the fascist dictatorship and that of the bankers.”

The evidence of Macron’s tax evasion and other criminality exposed by hackers just before the election will not go away and criminal prosecution followed by a real French revolution is still in the cards.
In any case, the election theft in France does not change the fundamental reality that France is bankrupt along with Italy and Spain and that Germany is their main creditor, meaning these countries were stealth conquered via finance.
The proxy competition between Germany and Russia over influence in Europe is now moving East.
On that front the Russians sent at least 150,000 troops “to defend Serbia and stop Daesh heroin and hashish operations in the Balkans,” according to Pentagon sources. The Russians are also there to stop a Khazarian mafia greater Albania project, the sources continue. Apart from securing a new distribution route for Afghan heroin, the Khazarian greater Albania project is also about stealing trillions of dollars’ worth of mineral resources, according to Serbian intelligence sources. The Russians are now stopping this resource theft and ethnic cleansing of Christians by the Khazarians.
Overall, it appears as if the Germans and the Russians jockeying to establish their respective zones of influence in Europe.
The war against the Satan worshipping Khazarians is also now looking to expand into something involving all of the monotheistic religions. This was first seen in early 2016 when Pope Francis and Patriarch Kirill of the Russian Orthodox Church had the first meeting between the heads of these two churches in 1000 years. Last week Pope Francis went to Egypt to meet the top Muslim clerics there to get their support against the Satanists and their Daesh army.
Now US President Donald Trump is going to visit the Vatican, Israel and Saudi Arabia at the end of this month. These are the respective top holy lands of Christianity, Judaism and Islam, the worlds’ three main monotheistic religions. Is something big related to monotheism about to happen? Does this have anything to do with the emergency financial meetings in China and among the British royals? Stay tuned.
The de facto bankruptcy of the US Corporation may have forced its president, Donald Trump and the establishment behind him, to take a more forceful stand against Khazarian Satanists, White Dragon Society sources say. That is why Trump agreed to Russian, Iranian and Turkish proposed no fly zones in Syria including the Israeli occupied Golan Heights, Pentagon and Mossad sources say. The Israelis are freaking out right now because they are being forced by the rest of the world to give up their illegally seized lands and make peace with the Palestinians. What is different this time is the US is no longer unconditionally backing up their anti-social behavior.
The Pentagon brass have also forced Trump to sign on to plans to fight the Khazarian attacks against Christians in Africa and the Middle East.
The situation with North Korea was also defused when Trump’s chain was jerked and he “was forced to say that he would meet with fat boy [Kim Jong Un],” Pentagon sources say.
The Rothschild plan to replace Kim Jong Un with a fake puppet has been stopped thanks to a cooperative effort between Western and Asian secret societies, according to secret society sources. Their plan to put French Rothschild puppet Taro Aso in as Prime Minister of Japan has also been stopped, Pentagon sources say.
There are also signs some sort of secret agreement has been reached between the US and China on the South China Sea. Japanese military intelligence is saying the US has said it will recognize Chinese control over the disputed Islands known as Senkaku by the Japanese and Tiaoyutai by the Chinese. In exchange for this, the Chinese have agreed to turn a blind eye to the US opening a new naval base on Indonesian islands near the Straits of Malacca, Pentagon sources say.
This development has prompted the Japanese establishment to seek greater independence from the US, Japanese right wing sources say. One manifestation of that was a public call by Prime Minister Shinzo Abe for Japan to rewrite its US imposed constitution. The Japanese are also now increasing their contacts with Russia in order to counter-balance the threat to their independence posed by the growing US/Chinese friendship, Japanese and Russian sources say.
Another very interesting development showing US/Chinese cooperation was the fact China decided to give a company called Frontier Services Group (FSG) two operational bases in Xinjiang and Yunnan provinces that are at the heart of China’s vast, One Bridge, One Road high-speed rail, port and energy pipeline infrastructure project. FSG’s Chairman and CEO is none other than Erik Prince, founder of the now-defunct and notorious Blackwater Security.

It seems the Chinese took the WDS advice that it’s cheaper and safer to feed a guard dog than it is to fight a hungry wolf. There is also going to be a lot of work made available to unemployed mercenaries guarding Asian infrastructure projects in Africa and elsewhere for sure.
Overall, the evolving friendship between the world’s great powers means that all transnational criminal war mongering can be ended on this planet now.
The proposal for a Canadian buy out of the bankrupt US Corporation could help speed up this process enormously. Think about it, while the US has been engaged in almost non-stop warfare since the end of World War 2; Canada came up with, and helped enforce, the idea of stopping war with peace-keeping troops. Canada’s know how would also be useful in cleaning up two of the biggest US problems, its disastrous healthcare system and its crime problem. Canadians spend about half as much as Americans do on healthcare and yet live longer. Also, the US murder rate, for example, is 23 times higher than the Canadian murder rate even though Canadians also have access to guns. As a bonus, many Americans would be able to start spending their summers at cottages in Canada.
Canada would also be able to help with the establishment of a truth and reconciliation committee for the US government so that good people involved in a criminal establishment will be able to start afresh. Former US President Bill Clinton, who is apparently close to death, is apparently setting the example by making confessions to clear his conscience before he leaves this world.