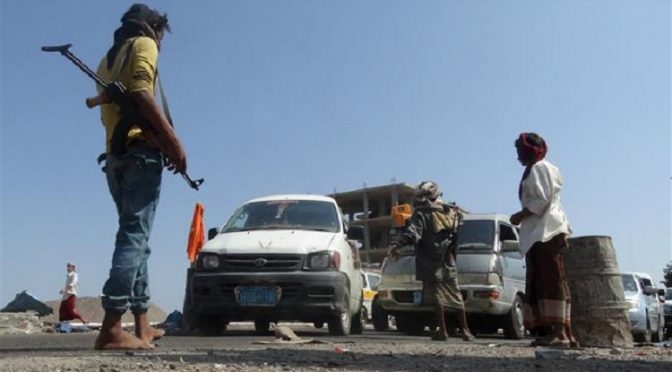 by benjamin fulford
December 8, 2015
Historical events continue to unfold in the Middle East as old empires, the Ottoman (Turkey) and the Persian (Iran), look for allies in their fight to seize oil fields and redraw maps of the region. The fighting in the Middle East is also about control of petro-dollars and thus over the world’s financial system. As such, it is a Western civil war using proxies in the region.

The complex array of forces fighting over this oil prize makes the news coming from the region confusing. So, it might be a good time to try to identify the key players and their agendas before going further into the latest developments in the war.
The first thing to understand is that revenue streams worth over $2 trillion per year are being fought over. Europe, for example, spent over $600 billion on energy in 2013, according to statistics put out by Eurogas.
http://www.eurogas.org/uploads/media/Eurogas_Statistical_Report_2014.pdf
Most of this was imported from either the Middle East or Russia. China and the US each spend similar amounts as does the rest of the world.
The so-called Neo-con faction of the Khazarian mafia was hoping to seize all of this oil and thus keep their control over the planet intact for at least another century, as can been seen in their own reports like Project for a New American Century. That is why Khazarian inbred Mafioso thug George Bush Jr. and his pals carried out their 911 “new Pearl Harbor.” This was why the US and other Western armies were fooled into stealing oil for these gangsters under the pretext of a “search for weapons of mass destruction” and a “search for Bin Laden.”
We also know that Bush Jr. regime thug Donald Rumsfeld reported $2.3 trillion missing from the Pentagon’s budget immediately before 911. This money was spent creating the mercenary army variously known as Blackwater, Academi and now ISIS, according to Pentagon military intelligence. This private army, at least 500,000 strong, has been seizing the oil fields of the Middle East, especially Iraq and Syria.
We also now know from multiple, detailed reports, that the stolen oil is being laundered through Israel, Turkey and Saudi Arabia. They countries are all ruled by Satan worshipping Khazarian mafia families pretending to be Muslim or Jewish.
The other point that needs to be repeated here is that big oil companies and their shareholders are deeply involved in this conflict. The big oil companies duking it out over the region are BP (British Rothschilds), Exxon Mobil (Rockefeller), Gazprom (Rothschild plus Russian oligarchs) and the Saudi/Bush crime syndicate.
The seemingly opposed Khazarian mafia factions have been pretending to fight each other while actually working together to create a Khazarian controlled super-state in the region. This is what the entire so-called Arab spring series of coups d’etat against governments of the region was supposed to accomplish in the end.
There is also a powerful faction fighting to completely end Khazarian control in the region and elsewhere that is centered on the world’s armed forces and intelligence agencies, especially those of the US, Russia and China.
We must also recall that Russia, France, England, Germany, Iran, Turkey, Yemen, Saudi Arabia, Syria, the Pentagon and others are all actively participating, along with the ISIS mercenary army, in the fighting that is raging in the region.
We can now see why it is not unreasonable to say that World War 3 has started in the Middle East.
OK, so with that big picture reminder of what is going on, let us look at the latest developments in this conflict. Last week, while Russian President Vladimir Putin met with US President Barack Obama in Paris, General Joseph Dunford, head of the Pentagon, called Valery Gerasimov, Chief of Staff of the Russian armed forces. Dunford and Gerasimov discussed how to
“to take down Turkey, Israel and Saudi Arabia in the real war on terror,” according to Pentagon sources.
As a part of this joint Russian/Pentagon campaign, the Pentagon has crippled all the Patriot air defense missile systems in Saudi Arabia, Turkey and Israel. At the same time Russia has established a no-fly zone throughout the region.
“Israeli reports of airstrikes in Syria or countermeasures for Russian S300 anti-missile systems in Greece are desperate lies to mask its irrelevance, defeat, and grounded air force,” the Pentagon sources say. The flow of oil to Israel has now been largely stopped and that country is being forced, kicking and screaming, to give up the territory it seized in 1967.
There is also a bank run going on in Israeli ally Saudi Arabia in reaction to Yemeni troops entering that country and surrounding the towns of Najran and Jizan near the Yemeni border.
http://www.presstv.ir/Detail/2015/12/03/440203/Yemen-Saudi-Arabia-Najran-JIzan-Sharaf-Luqman

http://www.oilandgas360.com/deposits-in-saudi-banks-down-13-5-billion-in-october/
The German government has now also joined the Russians and the Pentagon as they openly moved against the Khazarians by publicly accusing the Saudi Arabians of being among the world’s leading exporters of terror.
http://tribune.com.pk/story/1004949/saudi-must-stop-financing-fundamentalist-mosques-abroad-merkels-deputy/
Meanwhile Russia has made big moves against Khazarian proxy forces in Azerbaijan, according to the Pentagon sources. An Azerbaijani oil rig was set on fire last week fire to stop a flow of oil to Israel that it was using to finance arms export to the Azerbaijanian capital Baku. Russia has also deployed missiles in Armenia to “ground the two secret Israeli drone/airbases in Azerbaijan,” they said. “The message is Shia-majority Azerbaijan must dump Israel, accept bear hug, stop Shia crackdown, make nice with Iran or else,” one of them said.
Turkey has now reacted by sending troops into Iraq and openly allying itself with the Sunni Muslims in that country. Sources in contact with Nouri al-Maliki, until recently President of Iraq, say Maliki believes there is a secret US/Turkish deal to split Iraq. Al-Maliki believes ISIS is out of control and the US can do nothing to stop it, the sources said.
Other sources say Turkey’s regime is simply moving into the power vacuum that exists in Iraq and is developing in Saudi Arabia in an effort the stop what it views as a Persian offensive in the region. So, as mentioned above, we have a war between the Ottoman Empire and its allies and the Persian Empire and its allies. Right now, the smart money is on the Persians.
However, now that the Turks realize NATO is not going to fight Russia on their behalf, you can be sure they are secretly negotiating with Russia and the Pentagon in the hopes of saving themselves from disaster. The US military has already made it very clear it is unwilling to protect Israel which means that country will be at the mercy of Turkey, Iran and, most of all, Russia.
The fighting in the Middle East is part of a bigger plan by the US military industrial complex planners for a worldwide takedown of the Khazarian mafia control of the banking and financial systems. This scenario calls for “$30 a barrel oil, an emerging market debt default, the fall of the house of Saud and the use of the Chinese Yuan to pay for Middle Eastern oil,” among other things. Taken together, these events will cause bank collapses and the end of the Khazarian New World Order, the planners envision. The trigger could be the expiry of oil hedges in January and February that will suddenly leave some big players much more exposed to the effects of collapsing oil prices, they say.
Inside the US, the military industrial complex is carrying out a purge of “Israeli fifth columnists,” the sources said. One visible sign of this was the conviction last week of former New York State assembly speaker Sheldon Silver on seven federal corruption counts.
http://www.nydailynews.com/news/politics/sheldon-silver-expects-win-appeal-sources-article-1.2457276
The conviction is part of a move to remove political protection for the criminal Wall Street hedge funds and firms that are looting the US economy, White Dragon Society sources in the US say.
Another sign is a campaign to oust Chicago Mayor Rahm Emanuel, ostensibly over the cover up of the extra-judicial killing of an African American teenager. This however, is just a legal pretext to remove this Chicago gangster from power, the WDS sources say. There will be more heads rolling as this develops, the US WDS sources add. The Khazarians will react with more staged mass shootings.
Meanwhile, there have been developments in Japan as well. Japanese power broker Chodoin Daikaku says the former Japanese finance minister Heizo Takenaka has recently offered a bribe worth “over a billion dollars,” to popular opposition politician Toru Hashimoto. Since Takenaka is the Japanese traitor who handed over control of the Japanese financial system to the Khazarian mob, this attempt to bribe Hashimoto is aimed at making him serve the Khazarian mafia. If he accepts the bribe, he will be promised to eventually be given the job of Prime Minister but only if he agrees to allow the continued looting of Japan’s savings by the Khazarian mafia.
The latest Bank of Japan reports note that the total amount of money in circulation in Japan is decreasing while the latest Japanese GDP statistics show the country is in recession. Both of these events prove that so-called Abenomics, or mass money printing by the Bank of Japan, is merely the theft of Japanese money with the aim of saving the Khazarian mob and their banks. As the Japanese government’s own statistics show, this BOJ money is not being spent in Japan.
Finally, Zhang Seung Shik, one of the claimants to the $30 trillion Manchurian gold fortune, last week said the Bank for International Settlements has promised him the money will be used to “restore the Manchurian nation, divide China into 16 countries and divide Russia into 4 countries.” All we can say to Mr. Zhang is that he can dream on but he is not going to be put in charge of $30 trillion by anybody.