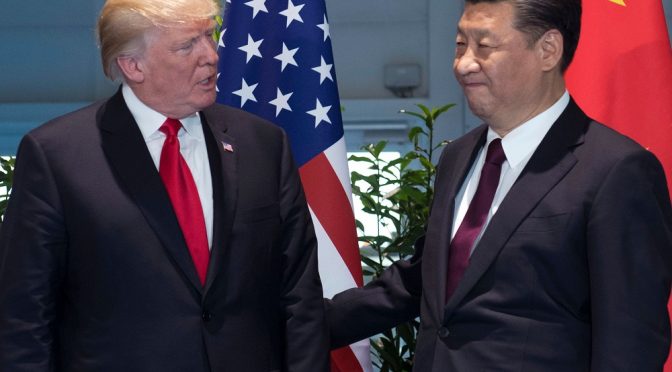 There can be no doubt whatsoever that the worldwide purge of the Khazarian mafia now has reached a tipping point of no return, with arrests and purges in the U.S. and Saudi Arabia.
In the Middle East, Iran-linked Hezbollah now effectively rules Lebanon after Saudi puppet Prime Minister Saad Hariri was forced to resign. His resignation was followed by the purge of hundreds of princes, generals, religious leaders, and others by de facto Saudi King Muhammad bin Salman.
This purge was especially important because it cut off one of the last major remaining sources of Bush/Clinton mafia money and power. Many of the princes purged were homosexually bonded with members of the Bush family and their top lieutenants when they studied in the United States, according to confessions of Kay Griggs, wife of a Skull and Bones Society member, and others.

…the arrest of Tony Podesta, and the surrender of Hillary Clinton and John Podesta.” Tony Podesta is a powerful Washington lobbyist whose brother John was campaign manager for Hillary Clinton (Rockefeller) and chief of staff for Bill Clinton (Rockefeller). Al-Waleed bought large shareholdings of Rockefeller’s Citibank.
The ramifications of these leaks, arrests, and purges reach out in many directions. Aftershocks, further arrests, and further purges are sure to be felt and seen in the Middle East, Japan, Europe, and the U.S. over the coming days.
Already, Trump Commerce Secretary Wilbur Ross (child) has been implicated. So has Canadian magnate Stephen Bronfman, whose family made its fortune selling booze to Al Capone. These names are just the tip of the iceberg.
The start of the purge was timed to coincide with Trump’s visit to Asia so as to be able to more easily protect Trump and his family from retaliatory action, say Pentagon and CIA sources.
However, in a sign that the battle is far from over, two separate warnings were conveyed to this writer last week concerning Trump. One was a “source close to North Korea,” and the other a veteran CIA officer stationed in Asia. The North Korean-linked source said that if Trump provoked a war against North Korea, “he would not leave Asia alive.” The CIA source, for his part, said, “I heard whispers in the shadows that there is a special surprise waiting for him in Vietnam, and it is not his meeting with Putin on the sidelines.”
From an Asian perspective, the purge of Prince Al-Waleed is interesting because he is a main actor behind the $100 billion Saudi fund for Korean-Japanese tycoon Masayoshi Son. Son is the guy who bought the Rockefeller-linked Fortress Investment Group. Fortress owns Musashi Engineering, the company that makes the voting machines that steal elections for slave Prime Minister Shinzo Abe and his party.
This is what CIA in Asia had to say about him: “Regarding Masayoshi Son, expect a heart attack or ritual suicide—from the stress, of course. This could be a Christmas or New Year’s gift to the people of Japan.”
For now, though, the Japanese slave political establishment, sensing that their survival is at stake, is working as hard as it can to suck up to Trump as he visits this country. Sources close to the imperial family say the Emperor rewarded Trump with a bond worth One Quadrillion Yen (about $9 trillion), courtesy of Henry Kissinger.
This may buy time for the Washington, D.C. Corporation of which Trump is President, but its real fate is more likely to be decided in Vietnam when Trump meets with Russian President Vladimir Putin and Chinese President Xi Jinping.
Pentagon sources think Xi is now the true strongman of China, and offered the following analysis of his post-Congress position:
“It appears that Chairman Xi is now paramount leader with no anointed successor and control of five votes on the Politburo Standing Committee (PBSC), since Han Zheng is the only guy from the Shanghai or Jiang faction, and Prime Minister Li Keqiang is from the Hu faction. The other four guys are colorless and loyal to Xi, even though they rose under Hu and Jiang. Wang Huning appears to provide continuity, since he also worked for both Jiang and Hu.”
However, Chinese intelligence sources tell this writer that Xi Jinping was chosen as leader because he is tall and looks good in G20 photo shoots, but that he is really just a figurehead for collective decisionmaking. The overall balance in the Politburo Standing Committee is two votes for Southern China (Guandong), two for Coastal China (Shanghai), and three for the North and the interior (Beijing).
In any case, the new Chinese regime is ready to take action, and if the world is lucky, they will ignore Khazarian bluffs about starting World War 3 and will force bankruptcy of the world, disrupting and terrorizing the D.C. Corporation. Let’s see what happens in Vietnam on November 10 and 11 and keep our fingers crossed.
The owner of the D.C. Corporation—the Federal Reserve Board—has no more Khazarians on its board of directors now that Janet Yellen, Stan Fischer, and now Goldmanite New York Fed Chief William Dudley have been forced out. The new non-Khazarian management of the Fed will be left holding the bag, because the system they are taking over is collapsing, whether they wish it or not.
In October, the first month after the U.S. Corporate government failed to meet its September 30th payment deadline, U.S. government debt rose by $200 billion in a single month, while 960,000 people left the workforce. This same government is pretending its wholly-owned Puerto Rico subsidiary has no electricity because of a hurricane, and not because it is unable to pay its electricity bills. Meanwhile, despite a collapsing real economy, the stock market keeps reaching new highs, thanks in large part to buying by the Rothschild-owned Swiss central bank.

It also appears the Khazarians are running out of places from which to steal gold. Remember how the Canadian government announced its gold reserves ran out in March of 2016?

Well, it appears they have resorted to selling fake gold since then, given that the Royal Canadian Mint has been caught selling a fake gold bar.

Don’t forget about U.S. Treasury Secretary Steven Mnuchin tweeting from Fort Knox on the day of the August 21st solar eclipse that he is “Glad gold is safe,” without offering an ounce (let alone a gram) of proof that this was true.
The sooner the U.S. military and agencies reboot the entire U.S. government structure, hopefully with Canadian help, the less the ultimate pain will be.
In any case, the U.S. military and agency white hats are definitely continuing their purge of Khazarian mob influence. Pentagon sources say the charges leveled against former Trump campaign manager Paul Manafort for failing to register as a foreign agent “may be a new normal to shut down lobbyists and Jewish [Khazarian] organizations like AIPAC (the American Israel Public Affairs Committee) for acting as unregistered foreign agents of Israel.”
Also, the purge of Hollywood is starting to snowball. Here is how a Pentagon source summed up the situation: “Harveywood morphed into Pedowood, as Kevin Spacey was exposed as pedo who also flew on Jeff Epstein’s plane, ‘the Lolita Express,’ with Bill Clinton. Spacey was forced to come out of closet as gay to conflate LGBT with pedos to stop the Khazarian normalization of homos, pedos, and pederasts.”
The source continued by noting that, “After Harvey Weinstein, punishment was ‘fast n furious’ as Netflix fired Spacey from ‘House of Cards,’ CBS may remove Khazarian actor Jeremy Piven from the TV drama ‘Wisdom of the Crowd’ or cancel the show, and another Khazarian predator producer/director Brett Ratner lost his Warner Brothers deal and was kicked off the studio lot for sexual assault.”
According to U.S. Naval Intelligence, the real force behind the purge of Hollywood has been the NSA, which has been quietly informing victims of pederasts that they can provide proof to back up their accusations against their tormentors.
Now that Washington, D.C. politicians, academia, and Hollywood are being purged of satanic Khazarian gangster control, we assume the medical and pharmacidical establishments will be next on the list. A heavy-duty raid on the American Medical Association headquarters, with a special focus on cancer-related information, would be a very good place to start. On this front, we understand that Bill Gates has already been singing like a canary under special custody.
It’s certain that the war against the genocidal satan-worshipping Khazarian mob is not over yet, but it is no longer possible to deny that they are losing and doomed. They have been warned to “surrender or die.” We expect both to happen in increasing quantities before the nightmare ends and humanity is freed.