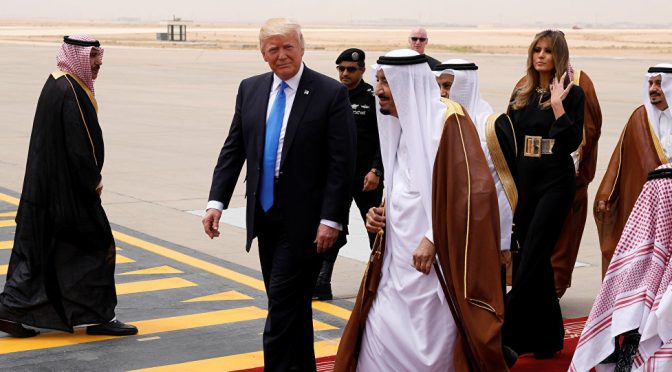 The election of Donald Trump as President of the United States was a major step towards defeating the Khazarian mafia worldwide. However, the Trump presidency still represents an attempt to reform the old system rather than a true revolution.
Trump has been keeping the United State of America Corporation afloat mainly with money extorted from Saudi Arabia, Qatar and other Middle Eastern oil sheikdoms along with funds looted from Japan and South Korea. The Chinese are also playing their part in keeping the old regime going because their huge structural trade surplus with the US gives them plenty of dollars to use to buy friends and influence people around the world. The Rothschild and other bloodline families who have been running the planet successfully co-opted the Chinese with bribes and flattery. The over $1 trillion Chinese one belt one road initiative is their reward for helping keep the old system afloat.
The Paris accords supported by 19 out of 20 G20 countries, for its part, was an attempt to keep the bloodline controlled IMF, World Bank, UN and other international institutions going by giving the Chinese greater voting rights at the expense of the US, even as they kept these institutions firmly under their control. The problem is that this reform is based on the fraudulent claim that carbon is causing global warming. It is not factually true.

It also leaves the old families firmly in charge. Remember, the people of the planet earth did not select the head of the UN, the IMF, the World Bank, the BIS etc. it was all done behind the scenes by the ruling families.
For sure the factions behind the Paris accord represent the moderate, non-genocidal group within the bloodline ruling structure, including the royal families of Europe. They were able to secure this accord with the help of the Asian royal bloodlines. Overall they mean well but they are simply not competent to deal with the ongoing systemic collapse of their economic system.
The current ruling class in the West is presiding over the largest mass extinction event since the dinosaurs were wiped out by a meteorite 65 million years ago. People of Europe and East Asia, the most productive on earth, are experiencing demographic collapse. Income disparity in the West is now higher than the levels that led to the collapse of the Roman empire.
To add insult to injury, the criminals behind 911, the destruction of countries like Iraq, Libya and Syria, Fukushima, the spreading of bio-weapons like SARS, Ebola, AIDS etc. have yet to be arrested or punished.
Furthermore, we are not seeing any jubilee or one time write off of debts. Nor are the seeing a redistribution of fraudulently obtained assets. This is especially clear in the case of the Lehman shock were documentary evidence proves the bloodline families created $23 trillion through fraud and used that money to buy up assets worldwide that had been turned into bargains by the financial collapse they had engineered. Why is that money not being confiscated?
Since the Lehman crisis the central banks have been carrying out so-called quantitative monetary easing. However, the vast sums being created as a result of this policy are being funneled only to financial companies controlled by Khazarian mafia honchos. They have not done things like put money directly into ordinary peoples’ personal bank accounts. That is why the quantitative easing has had the effect of increasing wealth disparity. Forensic analysis shows that most of the money flowed through about 700 individuals so, that means it is not the 1% but rather the 0.0000001% who has benefited from the money printing.
The reason for this is because the bloodline families still control the privately owned central banks for their own personal benefit, not for the benefit of the planet and its living beings. Donald Trump, who was put in power by the bloodline opposed gnostic illuminati, has not changed this because as president of the most indebted country in world history, he does not have the leverage needed.
Actually though, he does. Remember the saying “if you owe the bank $10,000, it is your problem but, if you owe the bank $1 million it is the banks’ problem.” It is a fact that the US Corporate government defaulted on May 3rd of this year when its wholly owned Puerto Rico subsidiary defaulted. And yet the Washington DC show is still going on.
That is because, as mentioned above the US corporations’ creditors like the Chinese, the Japanese, the South Koreans and the Middle Eastern oil producing companies are subsidizing its $700 billion a year losses (the size of the US trade deficit in 2016).
So, how can we change the situation? The first opportunity comes at the US Corporations’ September 30th fiscal payment deadline. Each year around that time, as the payment deadline approaches, we see all sorts of maneuvers. It will be no different this year and the US Corporate government seeks to roll over its payments past the deadline. This will mean threats of war, blackmail, extortion, begging, bluffing etc. In the news it will appears as threats of war with Russia, China, North Korea, Iran and anybody else who is not coughing up protection money. If these efforts succeed then events will continue along their kicking the can down the road trajectory. This will mean a continuation of the slow fall of living standards in the West that began in the late 1960’s.
The alternative is world revolution. This means physically occupying the BIS, the European Central Bank, the Federal Reserve Board, the Bank of Japan and other bloodline owned central banks.
This would make it theoretically possible to issue quadrillions of dollars to be used to finance an unprecedented campaign to end poverty, stop environmental destruction and expand out into the universe. Of course the families that own the private central banks have spent years vilifying such ideas with code words like “monetizing debt,” saying it will lead to inflation and irresponsible government spending. That may have been true in the past when certain decadent kings or corrupt governments tried their hand at such things.
However, stop and think for a minute. What does “monetizing debt” mean? It means turning debt into money. In other words it means ending debt slavery. Remember the debt owed to the central bankers is not legitimate. The bankers did not earn the money they lend to people and governments in the real world doing real things, they just put numbers in computers. So monetizing their debt simply means renouncing debt slavery.
Of course if you just printed out vast amounts of money, say by depositing a million dollars into every single bank account in a country, the result would be an inflationary orgy followed by a huge headache.
However, there are examples of government owned central banks that have created huge benefits.
Canada, from 1938 to 1973 used its government owned central bank to:

This was all done without taxes or debt.
The Japanese military government before and during World War II also paid for its gigantic war effort mostly by using money created by a nationalized central bank. While I do not approve of the Japanese military regimes actions in China and elsewhere, the point I am making is that a huge enterprise like the attempted conquest of Asia was financed mainly by a government owned central bank.
If the Federal Reserve Board, the EU Central Bank and the Bank of Japan were nationalized then it would be possible to finance a quadrillion dollar campaign to end poverty, stop environmental destruction, finance immortality research, explore the universe etc. This is completely realistic and feasible.
This autumn will be our next chance to make this possible. The time for talk is over, it is time for action.
Notice to readers since I am on my holiday this report was written in advance.