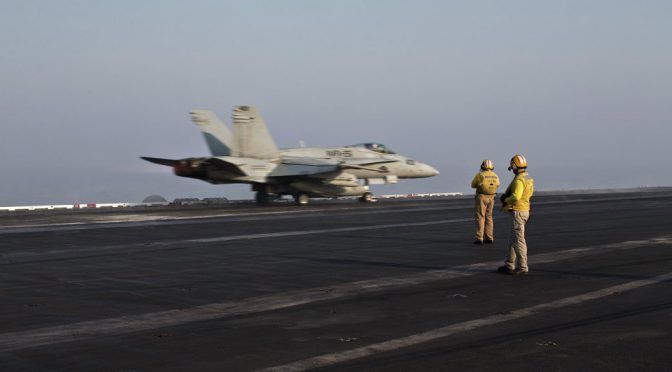 The still uninvited US forces recently downed a Syrian warplane which was conducting legitimate operations against Daesh in Raqqa, confirming one more time that the US Air Force has been acting as the ISIS Air Force, since the start of the US invasion by proxy against Syria on March 15, 2011. END_OF_DOCUMENT_TOKEN_TO_BE_REPLACED