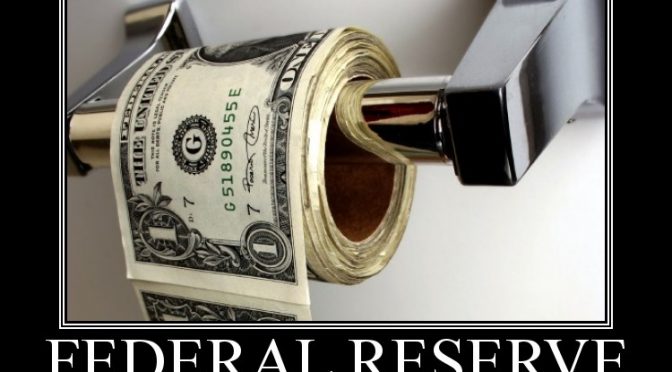 Here are some “rumors” arriving in our mailbox, sent anonymously to Drake.

We are expecting something like these to happen between October and November… if these rumors should be confirmed next week then humanity will have something to celebrate after all we’ve been through.

You can read this article from the ff. viewpoints:

Everything is done, the ‘moment’ of the drops starting is the deep dark secret – all is quiet in internetland today and yesterday. so…am wondering if all the issues with Frenchy got settled over the weekend and if that bodes well for good things arriving on our doorsteps this week…maybe

Hi, –
I did hear from X. 🙂 He said we still don’t know ‘the moment’, but Corporate US formally ended on Monday [actually it ends Monday, 10/1]. Not sure how long before everyone “gets the memo,” but we should start seeing gold fringe removed from the flags. Not from X, but another rumor is that they’ll hold off doing anything further till Thursday so as not to interrupt Yom Kippur for those observing it.

Good evening or should I say good morning XXXXX, – Last night you hinted and said no word from Poof. Any word from him Today? Allot of people again with their hair on fire regarding two announcement/interviews with Christine LaGarde, and Obama today. I know the new quarter is starting Monday. I don’t know what the statute of limitations with Act 1871, but seems this would be a good time to fire up the new constitutional government at the same time of the new financial system.

Yes, Monday as in “a day or two ago” the Corp is formally _ended_, as in, “it is no more” [actually it ends Monday, 10/1]. I don’t have answers to your WH or “when” questions. Gold fringe on the flags has been indication of Admiralty Law jurisdiction, part of the Corporation and of its being in bankruptcy. The fringe has had nothing to do with original jurisdiction government.

The non-X rumor about Thursday relates to RVs and deliveries; dunno what else.

The corp. is dead? I wonder how the WH is going to shake out ? Will the Corp be abolished and when will the new Constitutional government start. I don’t quite understand your statement gold fringe removed from the flags? I have an idea but thought I would ask for a clarification. Nothing starts until after Thursday, is this pertaining to the new government, or the new financial system? As for drops still waiting for the RV to be posted, the dinar gurus have their hair on fire now that it has been confirmed chapter 7 has been lifted and four thousand plus food cards have been distributed in Iraq per gurus.

09/26/2012 Late Night
[xxxxx] ok all i’m hearing that the national conference has been canceled and that it is going down any moment; will not go into the month of October – just got call from china source – treat as rumor
[yyyyy] i’m liking the dong at .91
[zzzzz] .10 is good
[xxxxx] .62
[yyyyy] xxxxx Just one question. You said National Conf. canceled, but this still goes down soon. A little confused Thought we needed NC.
[xxxxx] nope they don’t not what i heard today they don’t need it.

Both are true; the Acts of 1871, which put us under the US corp. and Admiralty law went bye bye on Monday, and the dragon already foreclosed on the Fed. – they own it. I know for for a fact that’s incorrect about the Farm Claims. First of all, the orginal 13 have already been paid; then the others will be paid when O [Omega] is released. My friend in Hong Kong said ‘dad’ sent the money, and has been sitting as long as the F&P money has.

‘They’ are setting up to pay us right now. First they had to clean up the mess France created the end of last week when they broke a Treaty which in turn generated a ton of paper work.

– the rumors this morning are very good. i am hearing the original 100 year charter for the federal reserve officially ends october 1st this year. but i have also heard that the fed is already dead. so do you know which is true? Someone always said “it” would happen on a sabbath and the 30th of this month is a sunday so i am very hopeful for rv and f/p going this week still also there is a rumor going around that only the original 13 (i think) farm claimants will be paid. but i know several people with farm claim receipts…will they be paid also? and aren’t the farm claim people supposed to receive f/p money also? if you can take the time to answer those 3 questions i will appreciate it.