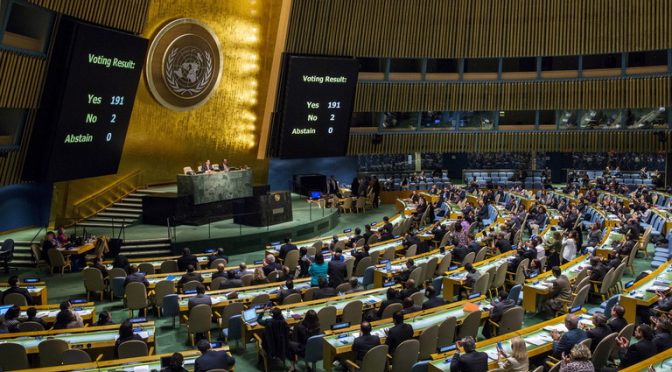 The “excessive representation of the West” in decision-making should be limited to create a more balanced world order, with more input from the global east and south, according to Russian Foreign Minister Sergey Lavrov.

END_OF_DOCUMENT_TOKEN_TO_BE_REPLACED

The United Nations Security Council is holding a high-level meeting on Syria in New York on Wednesday, September 21, on the sidelines of the UN General Assembly.
The meeting, chaired by New Zealand’s Prime Minister John Key, started with a briefing on Colombia, followed by a discussion of the situation in the Middle East, with special focus on Syria, after the US-Russia brokered ceasefire collapsed due to US bombing of Syrian government forces, and the subsequent attack on the Aleppo aid convoy.