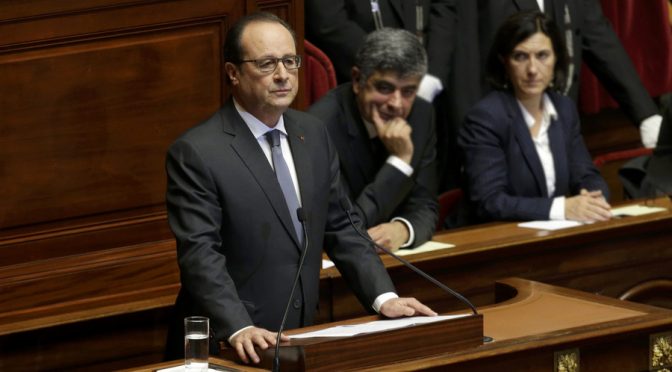 There is now a major campaign unfolding to remove remaining senior Rothschild agents like the so-called “Vladimir Putin” of Russia (the real Putin died long ago), Chinese strongman Xi Jinping, Japanese slave Prime Minister Shinzo Abe and Hitler daughter Angela Merkel in Germany, according to multiple sources in China, Russia, the US, Japan and elsewhere.
The shockwaves caused by the fall of Italy’s Renzi will be the biggest for now, because it paves the way for the election of a Five Star Movement government that promises to leave the Euro. There will be a “world of hurt” in the Italian banking system as a result that will only speed up either the re-introduction of the Italian Lira or else lead to the possible creation of a new Mediterranean currency, P2 Freemason sources say. A Mediterranean currency would co-exist with a revived Deutschemark that would take over the rump of the Euro in Northern Europe, the sources say.
The Rothschilds and the bloodlines are fighting back hard and are pulling all the stops they can to try to prevent US President Elect Donald Trump from taking power with their big push for vote recounts in the US, sources in the US Green party, the Rothschild family and CIA all agree. The push is headed for “a hard and fast 13 December deadline mandated by Title 3, U.S. Code, Section 5 that each of the individual American States must have concluded all controversies related to their voting and submit their Electors for the 19 December Electoral Collage vote to install that nations’ next leader,” CIA sources say.
This push will fail because the bloodlines do not have any real backing in either the US military or the agencies, Pentagon and CIA a sources say.
The white hats in the military and the agencies are fighting back with a major push to expose very real pedophilia and human sacrifice being carried out by the bloodline families.
An insider in one of the bloodline families sent a horrific photograph of a cannibalistic event. This writer hesitated to publish the photo, which was sent shortly after Thanksgiving but, decided to do so in order for people to understand what we are fighting against. The picture will be made available to subscribers only for now and can be seen below 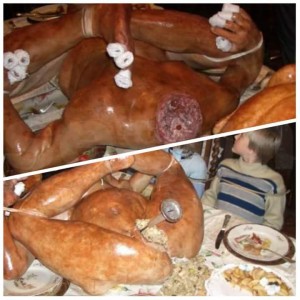 (HORRIFIC PHOTO – Cooked Human Body on a Kitchen Table, with live children tied up to a chair)
The photograph is real as far as I can tell. Notice, for example the white cloth or paper around the fingers, they seem to be there so that people have something to hold on to as they rip them off. Also, notice the tied up children, who are most likely designated as “desert.” We are sworn to avenge this woman and her many fellow victims.
Former Khazarian sex slaves in Europe are also sending us credible evidence of hunting of 14 and 16 year old boys and girls by members of the European royalty.
This is what a CIA source with extensive knowledge of the situation had to say;
“It’s about time this so called pizza-gate and the global underground pedophile rings are being exposed. It has been going on secretly since the late 50’s early 60’s in America in the entertainment industry. Most likely before then as well…the main reason Walt Disney built Disneyland, finished in 1955, was to have a central location for his close friends to come pick up children and have a good time.
Frank Sinatra, Bob Hope, even the Shah of Iran made visits to his children’s fantasy playground to enjoy more than just a walk in the park. Walt Disney was a well known pedophile amongst his inner circle of friends.
Do you know how many children go missing every year at Disneyland, Disney World, Disneyland Paris and Tokyo? This is a part of the global children trafficking cartel. Then there was the Mickey Mouse Club TV series which started in 1955, with the famous Mouseketeers. That is a whole different story in itself”.
The arrests of these cannibalistic pedophiliac monsters is accelerating in the US to the extent that Skull and Bones Secretary of State John Kerry flew to see Pope Francis last week to ask for mercy for his group only to be turned down, Pentagon sources say.
The bloodlines also appear to have carried out a Satanic sacrifice on December 2nd, with a warehouse fire in Oakland, California that killed at least 33 people. At the link below you can see a picture of the pamphlet for the event featuring a snake and a Satanic seven
pointed star. This is what Baroness de Rothschild tweeted about the event:
“Our heart goes out to the families of those who lost their lives in Oakland. Life is so fragile. May we all make the most of this moment.”
https://twitter.com/BssDeRothschild
Bss De Rothschild (@BssDeRothschild) | Twitter
twitter.com
The latest Tweets from Bss De Rothschild (@BssDeRothschild). Baroness De Rothschild, CEO, Global Private Investment Banker, Entrepreneur, Philanthropist & Environmentalist, Avid Art Collector, Proud Globalist. New York/London
“Make the most of this moment!!??”
It is as if they hope the Satanic spirits invoked by this sacrifice will somehow help them keep in power. Incredible as it seems, multiple sources, including P2 Lodge member Leo Zagami say these bloodline families regularly carry out such rituals in order to invoke powerful spirits to help them.
What these bloodline families fail to realize is that at the end of the day, Satan is unable to defeat the forces of love and goodness. Their reign of terror and human sacrifice is ending as a result.
In any case, returning to the world of nation state geopolitics, Russian FSB sources last week contacted the White Dragon Society to ask “whatever happened to the BRICS alliance?” They were told that now that Donald Trump had been elected US President, the world was going to move against opposing blocs fighting each other and move towards everybody being friendly with each other. They were happy to hear this.
Unfortunately, there is still a bit of fighting and horse trading ahead of us before we can move to world peace and love.
The key still remains control over the world financial system and thus control of the process for deciding what humanity does in the future. Since the bloodline families still control a lot of the financial system it means they will either have to be totally defeated or else a compromise will have to be reached with the benevolent factions (these do exist) within the bloodlines. It also means ultimately coming to some sort of new power sharing arrangement between Asia and the West. All of this is being negotiated and or fought over.
One still unresolved question has to do with control of the $2 trillion a year in oil and gas revenue from the Middle East. Here, the forces allied with Syria and Russia are winning against those allied with Saudi Arabia and Qatar. The problem is while the Saudi and Qatari oil is linked to the Satanic Bush, Clinton and Rockefeller families, the Russian oil giant Gazprom that is emerging victorious in the Syrian pipeline war is controlled by equally Satanic Jacob de Rothschild.
http://www.fpp.co.uk/online/03/11/Oligarchs071103.html
That is why Russian FSB and NSA sources both insist first that the real Vladimir Putin was murdered and second that the look-alikes playing his role are Rothschild puppets.
The other problem is that Asian secret society, CIA and NSA sources agree that Chinese President Xi Jinping also works for the Rothschilds. The Rothschilds transferred their gold and most of US and European industry to China over the past many years because they knew an immune reaction against their rule was beginning in the West.
The Dragon family and the Chinese military intelligence community know that for a country to accept the Khazarian mafia is like for an individual to start taking amphetamines. At first there is a lot of energy and a great high but later your body is devastated and your life shortened.
That is why the Chinese military, the Russian military and the US military have begun an alliance against the Khazarians. This can be seen most recently from President elect Trump’s selection of Elaine Chao as Transportation Secretary because “she is another back channel to China with ties to Jiang Zemin to pressure Xi,” Pentagon sources say. It is well known that her father, James S.C. Chao, who owns a shipping line, was classmates with Jiang and they have kept in touch ever since. Jiang’s faction is known to be very influential in the Chinese military and intelligence community.
“Her ships are never checked for anything, both in China and the States,” was what a CIA source in Asia had to say about her. The Chaos have long been close to the Bush family but are now distancing themselves, other CIA sources say.
A deal involving Asian gold and hard currency is being negotiated by the US and Chinese militaries, according to a source involved in the negotiations. The bloodline families are also trying to negotiate some sort of deal as well, a bloodline family source says.
Finally, CIA sources in Asia say the sudden resignation of New Zealand’s Prime Minister “is directly connected to what is going on at ‘The Base’ in Antarctica…..John Key knows what is about to happen and he does not want to be at the helm of his country’s government when it does.” The source was reluctant to give more detail but hinted it had to do with the imminent arrival of “the fleet.” He was not referring to a naval fleet.
http://benjaminfulford.net/2016/12/05/the-dominoes-keep-falling-hollande-renzi-sarkozy-down-xi-putin-abe-and-merkel-now-targeted/
Sometimes, it feels like Ben Fulford is giving the “fake news” alternative media a bad name. What are your thoughts?
Aside from the fiat monetary scam and bloodsoaked petrodollar, another significant source of funds for the Nazionist Khazarian Mafia is the “healthcare” industry which registered a whopping $3.09 trillion in 2014, and is projected to soar to $3.57 trillion in 2017, in the US alone. We believe that this is just a conservative figure.
We can all help the revolution by avoiding all Khazarian pharmaceutical drugs, defeat any viral attack and scaremongering, like the Zika virus, easily by knowing how to build our own comprehensive antiviral system. Find more about how we can kill three birds with one stone, right here.