The current leadership of the Anglo-Saxon world is acting in a manner that can only be described as insane, by issuing one obviously false, incendiary claim after another in a vain attempt to start World War 3. They are doing this because the current leadership is literally fighting to survive as the wheels of justice inevitably grind closer.
This is why recently we have seen that UK Prime Minister Theresa May’s hysterical claims that Russia used poison gas inside the UK are being denied by her own government’s experts. This is also why U.S. President Donald Trump was either forced by blackmail or fooled like an idiot into falsely accusing the Syrian government yet again of attacking its own civilians with chemical weapons.
In both cases, the accusations ultimately came from the actual perpetrators of the crimes. In the UK, it was elements of its own intelligence services who manufactured the poison gas incident, CIA and MI5 sources confirm. Russian UN envoy Vasily Nebenzya called the UK’s behavior a “theater of the absurd.”
In the case of Syria, U.S. and UK agents were caught red-handed with banned chemical weapons in their possession.

Russian Foreign Minister Sergey Lavrov, for his part, summed up the of opinions many countries about U.S. foreign policy under the Trump administration by noting it to be “highly controversial,” “lacking clarity,” and being run by people none of whom had more than a year’s experience.

A second Sino-Russian oil pipeline began operations on New Year’s Day, doubling China’s capacity to import crude from the East Siberia-Pacific Ocean system.
China can now import 30 million tons annually (about 600,000 barrels a day) of Russian ESPO crude via pipeline, up from 15 million tons before the second branch opened, the official Xinhua News Agency reported Monday. The two lines run parallel to each other between Mohe at the border and Daqing in northeast Heilongjiang Province, the state media organization said.
Russia pipped Saudi Arabia most of last year as the top crude supplier to China, the world’s biggest buyer. The ESPO system, a key piece of Russia’s efforts to export more energy to Asia, pumps crude directly to China via the two links and to the far eastern Pacific port of Kozmino for seaborne shipments.
The project is intended to deepen energy cooperation between the countries and serve the China-proposed Belt and Road Initiative, according to Xinhua. Russia also aims to start natural gas sales via the Power of Siberia pipeline by December 2019.
The first link started pumping Russian crude directly to China in 2011 and China National Petroleum Corp. started laying the second line in mid-2016. The country’s biggest oil and gas producer finished installing the 942 kilometer (585 mile) line Aug. 1.

This Chinese move against the petrodollar should not be mistaken as a move against the United States, though. It is really a move against the 700 or so top Khazarian mafiosi who have used their control of the petrodollar as part of their plan to enslave humanity.
In fact, patriots in the U.S. are actually fighting alongside their Asian allies to free the American people.
That is why an “underwater base off Malibu, California was destroyed, resulting in a 5.3 magnitude earthquake on April 5,” Pentagon sources say.
The U.S. military was eliminating a sea-bed base that was involved in the attacks that caused all the mysterious fires recently in Northern California.
They did not say who the base belonged to, but apparently it and possibly others have been financed by the California branch of the Khazarian mafia.
That is also why the U.S. military ensured that all Khazarian mafia bosses were removed from the board of governors of the Federal Reserve Board.
The new president of the New York Federal Reserve Bank, John Williams, has already stated publicly that U.S. monetary creation should use new targets like median income, instead of just handing over the cash to private banks controlled by Khazarian oligarchs.
Targeting “median income” basically means giving the money to the average American instead of to an esoteric elite.
Also, as a part of this move against the Khazarians and their “create money out of thin air” con job, a bill has been introduced to the U.S. Congress to require that the U.S. currency be backed by gold. (Gold, by the way, that will be supplied by Asian friends of the American people, according to White Dragon Society sources.)
On this front, top-secret negotiations are ongoing, but should result in “tens of trillions” of dollars being made available to help rebuild the U.S., say sources involved in the negotiations.
There is also a highly underreported African dimension to this epic battle against the Khazarian overlords.
On this front, Zimbabwe President Emmerson Mnangagwa visited China last week and stated that his country would adopt a Chinese development model.
Five U.S. senators were on hand to greet him as he returned from China, “as African gold and other natural resources will underwrite the new asset-backed financial system,” Pentagon sources explain.
To help prepare for the new system, a systematic purge of the Khazarian Mafia control grid in the U.S. is continuing, the sources say.
Part of this involved an attack on the network of underground tunnels and hideouts on Jeffrey Epstein’s “pedophile island,” they say. 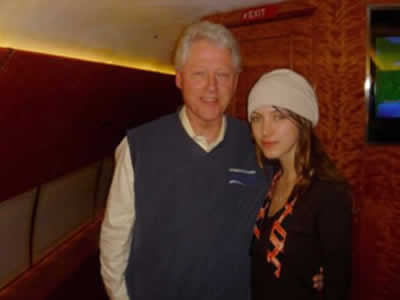 This was followed by leaks of photographs of prominent Khazarians like former U.S. President Bill Clinton with underaged lovers (although these appear to have now been deleted from the Internet at the time this article was published).
Also, “the Department of Justice shut down the sex and pedophilia trafficking site Backpage.com,” the sources note.
There may also soon be warfare in California. “Left-wing California is reeling from DOJ lawsuits, plus revolt from local governments,” the Pentagon sources say.
“U.S. troops may be sent to put down the California insurrection,” they add. “The National Guard has been sent to the Mexican border to “stop terrorists, gangs, drugs, arms, and trafficking of humans and children,” they note.

2 thoughts on “The world asks, “Has America gone insane?””