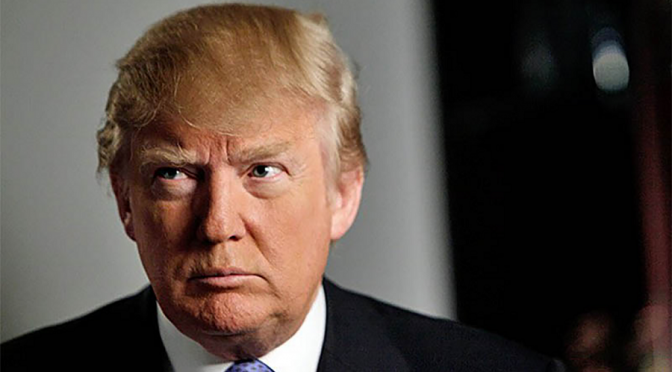 by benjamin
December 26, 2016
Donald Trump, president elect of the shallow US state, will have his chain jerked by the deep state if he tries to prevent the final takedown of the Khazarian mafia, including war criminal Benyamin Netanyahu, Pentagon and agency sources say.

The takedown is now entering a mop up phase, Pentagon sources say. “The Cabal’s last stronghold, the vast underground base at Denver airport, was routed by a contingent of US, Russian and other troops, mopping up is in progress with more raids,” the sources say. In another operation “100,000 children and sex slaves were liberated from the underground bases of the Getty center in LA ,” they add.
The South of Chile was hit by an earthquake weapon last week to in order to “shake up the Nazi enclave in Bariloche and Patagonia in general,” they say.
The Khazarian stronghold of Israel is now also under unprecedented attack, as can be seen by the passing of a UN resolution condemning their illegal settlement building in the West Bank. The 14-0 UN vote, with the US abstaining, will lead to more UN resolutions aimed at forcing that rogue nation to agree to a two state solution to the Palestinian issue, many sources agree.
The murder of the Russian ambassador to Turkey and the downing of a Russian aircraft over the Black Sea by the Israelis has given Russia both moral authority and legal grounds to pursue UN sanctions against Israel and to mount a real global war on terror by going after ISIS/Mossad assets worldwide, the Pentagon sources say.
In an attempted counter-move, war criminal Netanyahu sent the head of Mossad to visit Donald Trump and got him to issue a statement saying he would have vetoed the anti-Israel resolution. However, with the Khazarian base in Denver being wiped out, the Khazarians no longer have the military ability to impose their will on the US government, the Pentagon sources note.
The remaining Khazarian agents in the CIA are bracing for massive purge by Trump of the Bush faction, CIA sources say. The reformed CIA will end all drone attacks and drug flights, and will focus on human intelligence (humint), as well as open source intelligence (osint), the sources say.
Friendless Israel is now expected to face an air/land/sea blockade and other actions to force that state to conform to international law, Pentagon and agency sources agree. The Khazarian regime in Saudi Arabia will also be forced to end its various barbaric practices, they say.
Extra security measures have been taken for Donald Trump with Russian mercenaries and special forces sent to disarm nuclear weapons in New York and near the White House, the Pentagon sources say. One nuclear weapon under Washington has already been dismantled, they add.
The Khazarians are also planning to counter attack by creating a major financial crisis, multiple sources, including from the Rothschild family, agree. Here is what a twitter account claiming to emanate from Baroness Hanna de Rothschild, the daughter of Baron Jacob de Rothschild, had to say about the upcoming attack:

Its going to be a frightfully dismal year for US in 2017. No jobs, hyperinflation, more debt & impeachment. Merry Christmas you fools!

Aside from the fiat monetary scam and bloodsoaked petrodollar, another significant source of funds for the Nazionist Khazarian Mafia is the “healthcare” industry which registered a whopping $3.09 trillion in 2014, and is projected to soar to $3.57 trillion in 2017, in the US alone. We believe that this is just a conservative figure.
We can all help the revolution by avoiding all Khazarian pharmaceutical drugs, defeat any viral attack and scaremongering, like the Zika virus, easily by knowing how to build our own comprehensive antiviral system. Find more about how we can kill three birds with one stone, right here.