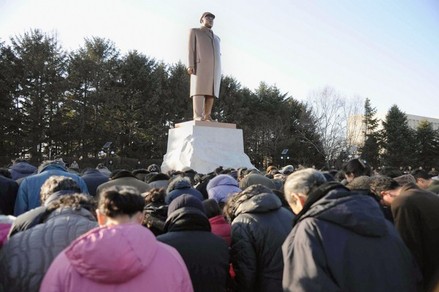 North Korean dictator Kim Jong Il was murdered Saturday as part of a major power struggle in East Asia, according to Asian secret society sources and Japanese military intelligence. The murder of Kim was followed by a series of arrests of senior police officials in Japan linked to North Korea as well as the ouster of six CIA agents, the Japanese sources say. The death has left Yasuhiro Nakasone, the top North Korean and Rothschild agent in Japan, without a power base, Japanese underworld sources say. In North Korea, meanwhile, there is now a succession battle taking place between the Rothschild faction, who want to place their trained stooge Kim Jong Un in power and set up a Rothschild central bank versus a military clique that wants independence from Rothschild control, Rothschild and Japanese underworld sources say. The action is Asia is linked to a worldwide takedown of the satanic cabal that has been trying to create a global dictatorship.

According to a Rothschild source who was recently in Korea, the Rothschild’s like the Swiss educated Kim Jong Un, because he would allow North and South Korea to be unified and would permit the opening up of the North Korean economy to Rothschild interests. Several senior Asian, US and Rothschild sources have, on many occasions, said they expect about 1 million Khazarian Satanist refugees from the United States to settle in North Korea once the financial crisis reaches its final stage. These same sources also say the Korean peninsula would then experience boom times as a result of the influx.

In any case, the battle in Asia is expected to heat up behind the scenes over the coming weeks as Khazarian slave politicians are purged from power in Japan. The Rothschild faction headed by David Rothschild in Geneva is making a push in Japan using the sadistic murderer former Prime Minister Junichiro Koizumi, President of the Rothschild controlled World Court Hisashi Owada (father of princess Masako), former Finance Minister top bureaucrat Toyo Gyohten, Asian Development Bank President Haruhiko Kuroda and current top MOF bureaucrat Eijiro Katsu. They will find the usual thugs they relied on as enforcers no longer work for them but are now affiliated with the White Dragon Society or with Asian secret societies like the Black Dragon or the Red and Blue.

A White Dragon Society representative called the Rothschild office in Tokyo (81-3-5408-8045) and talked to Rothschild representative Kenji Miyamoto who refused to pass along any message to his Rothschild controllers. Here is the message: “surrender before it is too late.”

In fact, the signs of the collapse of Khazarian control are continuing to be seen in Europe and the US. In the US, Khazarian Nazi faction boss Henry Kissinger has contacted a White Dragon Society representative and asked for “negotations,” because of the collapse of the banking system. Kissinger is a major war criminal and mass murderer who needs to realize he is in no position to “negotiate” anything but a reduced sentence in exchange for a full confession.

In fact, it is a matter of simple mathematics to realize the Khazarian controlled Western banking system is doomed. Even if you take the latest BIS statistics on outstanding derivatives contracts of $707 trillion as of June 2011 at face value (the true numbers are in the quadrillions or more according to some sources) you can see the system is doomed. With world GDP at around $65 trillion, you have banks betting over ten times that amount against each other. Each derivative is a bet against a counterparty. That means for every winner there is an equal loser. Some very big banks have certainly lost more money than exists in the real world.

Every year January is a month for settlements of accounts among major banking players. January of 2012 is going to be a very interesting month. The talk is that Citibank, J.P. Morgan and Bank of America are among the doomed entities. Then of course there is the universal disgust at Goldman Sachs that is not going to go away quietly.

US law enforcement agencies are continuing to zero in on Wall Street and the corrupt Washington political establishment but it looking increasingly likely that a financial system failure will appear before the slow wheels of justice grind inevitably towards the guilty parties. In Europe as well, the Khazarian control grid appears to be falling apart.

Most importantly satanic Pope Benedict XVI has been rejected by most senior clergy and is dying. The installation of Khazarian puppets in Greece, in Italy, at the head of the European Central Bank and as President of the European Union has failed to do anything to prevent the Euro crisis from accelerating. Moves to make the EU more dictatorial failed to affect credit ratings or change the financial reality that the EU is bankrupt.

In fact, CIA sources in Europe are now saying Germany has begun negotiations with Russia to join the Shanghai Cooperation Organization.

This would mean a Russian/German controlled Europe and leave the French as junior partners.

The Khazarian satanic cabal is still considered unlikely and unwilling to go quietly into the night. They continue to try to start World War 3 with Iran and now Syria and they may well do something extremely nasty over the coming months unless they are stopped. For example, Japan is being threatened with a new set of Earthquakes and Tsunamis, this time targeting Tokyo.

If Tokyo is attacked, then the Monaco bank in the Canary Islands will be knocked into the ocean, according to very powerful but anonymous sources that have their own nukes and their own HAARP machines. That will create a 100 meter or more tsunami that will hit New York and Washington. People will have time to evacuate but hopefully the waves will remove the filth that has built up in Wall Street and Washington D.C.

In an effort to prevent such tragedies, US law enforcement agencies need to arrest the people who control the Pentagon payrolls: Donald Rumsfeld, James Baker, Frank Carlucci, Henry Kissinger, Zbigniew Brzezinski, Paul Wolfowitz, George Soros and their fellow gangsters. The Joint Chiefs of Staff will then be able to keep meeting payrolls as they return the US to constitutional government of the people, by the people and for the people.

It is also worth pointing out again to the Khazarian Satanists that their money is no longer backed by anything and is thus worthless. Without money, they can no longer pay their thugs and bully boys. Suddenly, they will realize they are just weak old men with very few real friends.

All in all though, there will be more turmoil in the coming weeks as the cabal continues its death throes. We can all still celebrate Christmas this year by returning to the true spirit of love and tolerance. If you are not Christian, you can always celebrate the beginning of the new solar year on December 25th. We wish you a Merry Christmas and a Happy New Year.

David Wilcock’s Part Two may help put this update in its proper perspective especially on the reasons why this multicolored Dragon Societies are putting pressure against the Dark Cabal.

Towards Healthcare Emancipation, the only instructional eBook you need to free you from all diseases is still available for download. Your wholehearted support will enable us to publish “Towards Energy Emancipation” with a do-it-yourself free energy machine that you can use to power your home and car. Thanks, ed.

Update, 21dec2011: Is this a warning that this update is referring to? 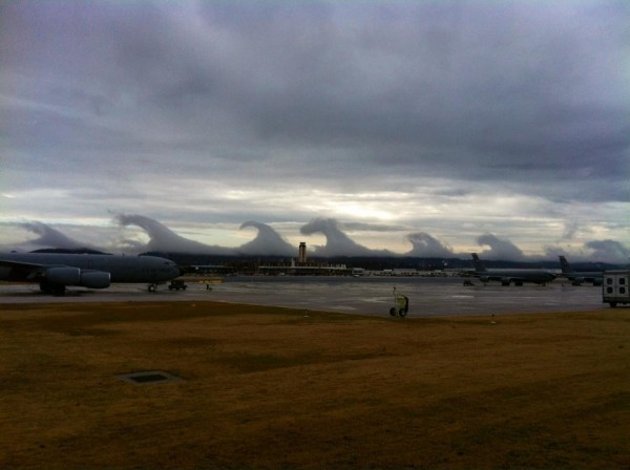 For a morning, the sky looked like a surfer’s dream: A series of huge breaking waves lined the horizon in Birmingham, Ala., on Friday (Dec. 16), their crests surging forward in slow motion. Amazed Alabamans took photos of the clouds and sent them to their local weather station, wondering, “What are these tsunamis in the sky?”

SEOUL, Dec. 20 (Yonhap) — North Korea’s decision to not welcome foreign delegations to the funeral of former leader Kim Jong-il has some analysts in South Korea speculating about instability in the North, with the abrupt death of Kim heightening the uncertainty surrounding his untested heir-apparent.

North Korea declared a 13-day mourning period through Dec. 29 from the day of Kim’s death on Saturday, while stating it will not accept foreign delegations at a state funeral set for Dec. 28 in Pyongyang. No entertainment will be allowed during the mourning period.