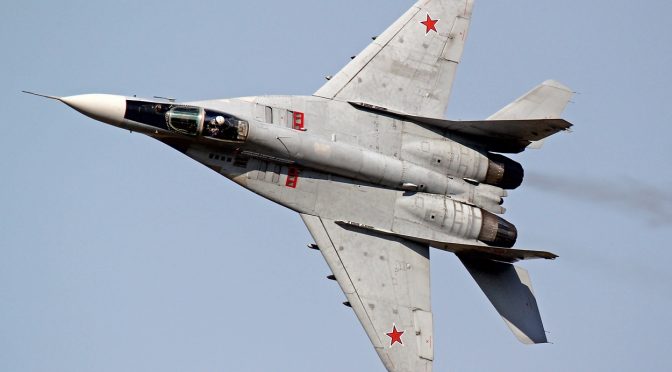 “There has been no redeployment of Russian combat aircraft to the Syrian Arab Republic,” the source told RT on Tuesday. “The Russian Air Force is at its permanent bases and carrying out normal troop training and combat duty.”

On Monday, the Israeli news site Ynet News cited Western diplomats as saying that a Russian “expeditionary force” has arrived in Syria to set up camp at a government airbase near Damascus in order to lead an offensive against IS militants and rebel-aligned targets.

The report added that “thousands of Russian military personnel are set to touch down in Syria, including advisers, instructors, logistics personnel, technical personnel, members of the aerial protection division, and pilots who will operate the aircraft.”

The report’s author, Alex Fishman, who was contacted by RT, refused to comment on the legitimacy of his source.

“…I am not talking about my sources, sorry,” he said. “I’m not publishing something without a legitimate source. I’ve been working for the last 40 years in the military field. So you can understand that it’s a very,very legitimate source.”

The Syrian conflict is one of those color revolutions instigated by Western interests in cooperation with Saudi Arabia and Israel. The toppling of Assad is foremost in the minds of Netanyahu and his bosses in London.
Now, Israel is left alone as both Saudi Arabia and the White House are withdrawing from their active participation in the oil pipeline game, i.e. in exchange for ten nuclear power plants for Saudi Arabia and as a face saving measure for the United States by neutralizing the CIA-trained ISIS.
The Russian intervention was expected after the successful conclusion of the Iran Nuclear Deal and the constant coordination between Lavrov and Kerry paving the way for a peaceful resolution to a vested interest laden conflict that have a chance of developing into a full blown thermonuclear exchange.
Turkey has not made up her mind yet. But Patriot defense systems were already removed by the US two weeks ago. Russia, for her part, has the Turkish Stream as the carrot before the flying sticks.
Russian jets are said to be flying Syrian skies very soon to purposely ward off ISIL forces. Russia has a military/naval base in Syria and Western/Saudi oil pipeline traversing through the country towards Europe is an unnecessary competition.

Russia has begun its military intervention in Syria, deploying an aerial contingent to a permanent Syrian base, in order to launch attacks against ISIS and Islamist rebels; US stays silent.
Russian fighter pilots are expected to begin arriving in Syria in the coming days, and will fly their Russian air force fighter jets and attack helicopters against ISIS and rebel-aligned targets within the failing state.
According to Western diplomats, a Russian expeditionary force has already arrived in Syria and set up camp in an Assad-controlled airbase. The base is said to be in area surrounding Damascus, and will serve, for all intents and purposes, as a Russian forward operating base.
In the coming weeks thousands of Russian military personnel are set to touch down in Syria, including advisors, instructors, logistics personnel, technical personnel, members of the aerial protection division, and the pilots who will operate the aircraft.
Past reports have stated that the Russians were in talks to sell the Syrians a package of MiG-29 fighter jets, and Yak-130 trainer jets (which can also serve as attack aircraft.) The current makeup of the expeditionary force is still unknown, but there is no doubt that Russian pilots flying combat missions in Syrian skies will definitely change the existing dynamics in the Middle East.
The Russians do not harbor offensive intentions towards Israel or other sovereign states in the area, and their main stated goal is battling ISIS and preserving Assad’s rule. However, their presence will represent a challenge to the Israeli Air Force’s freedom of operation in the skies above the Middle East.
Western diplomatic sources recently reported that a series of negotiations had been held between the Russians and the Iranians, mainly focusing on ISIS and the threat it poses to the Assad regime. The infamous Iranian Quds Force commander Major General Qasem Soleimani recently visited Moscow in the framework of these talks. As a result the Russians and the Iranians reached a strategic decision: Make any effort necessary to preserve Assad’s seat of power, so that Syria may act as a barrier, and prevent the spread of ISIS and Islamist backed militias into the former Soviet Islamic republics.
The Russians are not the only ones coordinating their Middle East policy with the Iranians; The US has also jumped aboard that train. American government officials have been holding intensive consultations with representatives of the Iranian regime concerning a stronger joint effort against ISIS in Iraq. It seems that the US government currently views Iran as a central and necessary force in the campaign against ISIS within Iraq.
The Iranian-American cooperation is focused on two focal points: The first being Anbar province, where the Iraqis have thus far failed to expel ISIS; and the second Mosul, where the Iraqis have yet to come up with a feasible plan to recapture the city.
Western diplomatic sources have emphasized that the Obama administration is fully aware of the Russian intent to intervene directly in Syria, but has yet to issue any reaction. The absence of a vocal opposition from the Obama administration is compounded by its cessation of calls for the dissolution of Assad’s murderous regime.
This and more: The Iranians and the Russians- with the US well aware- have begun the struggle to reequip the Syrian army, which has been left in tatters by the civil war. They intend not only to train Assad’s army, but to also equip it. During the entire duration of the civil war, the Russians have consistently sent a weapons supply ship to the Russian held port of Tartus in Syria on a weekly basis.
The ships would bring missiles, replacement parts, and different types of ammunition for the Syrian army. Arab media outlets have recently published reports that Syria and Russia were looking for an additional port on the Syrian coast, which will serve the Russians in their mission to hasten the pace of the Syrian rearmament. In the meantime, Assad’s army is in full scale retreat in the strategic province of Idlib.
Mere days ago, a force from the Jaesh Al Fatah (A coalition or rebel groups including Jabhat al-Nusra) advanced on the Abu Duhur military airfield in southwestern Syria’s Iblib province, which borders on Latika. Alwaite and Christian residents of the area have fled to the last remaining Alawite Bantustans along the country’s coastline.
Even Turkey, which has so far avoided any action which would strengthen Assad, has had to come to terms with the Russian-Iranian move and the resulting American silence, leading it to launch its own bombing campaign against ISIS in Syria. During a recent trip to Qatar, Erdogan reached understandings with the Qataris and the Saudis regarding a program to arm Muslim Brotherhood backed rebels who are fighting against ISIS, de-facto fighting both Assad and ISIS.
source
The fight against ISIS is also complemented by the efforts of the hacking group Ghost Security by successfully foiling several terror attempts.
One of the significant sources of funds for the fascist Nazionist Jesuit Khazarian Mafia is the healthcare industry which registered a whopping $3.09 trillion in 2014, and is projected to soar to $3.57 trillion in 2017, in the US alone.
We can help take down the Dark Cabal by avoiding drugs, defeat any viral attack and scaremongering easily by knowing how to build our own comprehensive antiviral system. Find more about it here.

One thought on “Much Awaited Russian Intervention in Syria is Here”