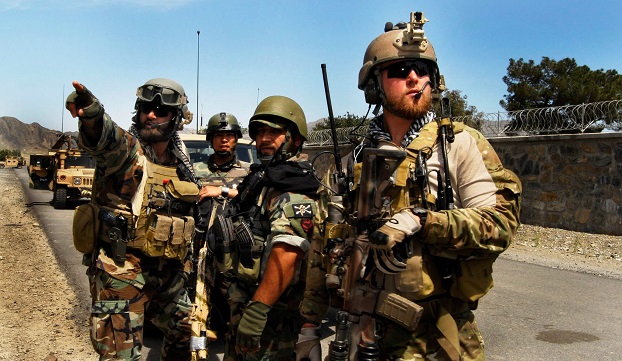 It doesn’t require a lot of thinking to arrive at a conclusion that the purpose of the ISIS script is to control the oil fields and raise money for the Cabal.
And so is the “Russian Invasion” story line by raising annual budget for military expenditures.
But it is Israel which is reaping all the bounties while sacrificing American lives and taxpayers money. 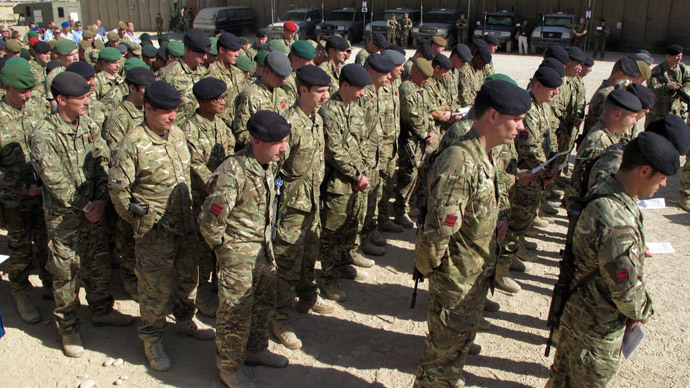 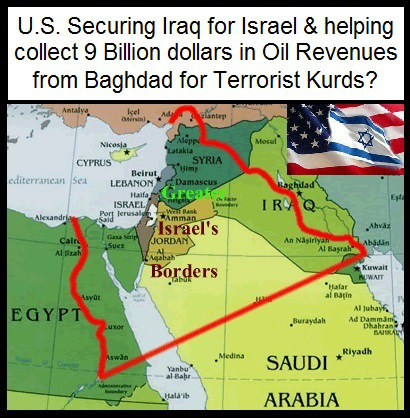 BREAKING! CLUMSY WHISTLE BLOWER SPILLS THE BEANS LIVE ON C-SPAN! Is the U.S. Moving Israel into Iraq with the Help of ISIS? ISIS, more accurately known as the Israeli State of Islamic Separation, has nothing to do with Islam and everything to do with Israel stealing land and resources in Iraq to make another Homeland for their Kurds while attempting to collect 9 Billion Dollars from Baghdad’s oil revenues. Sounds like a whole new level of criminal insanity, but you heard me right and we’ve got proof straight from the horse’s mouth, Israeli asset Karwan Zebari, Director of the Kurdistan regional government out of Washington, DC.

The “Israeli” Kurds that are asking for help from the International community and specifically the U.S. are still listed as a terrorist organization according to the United States. An amendment was slipped into the NDAA to reverse this, but it did NOT go through, they are still listed as terrorists. The terrorist Israeli Kurds, now backed by the U.S. illegally (Isn’t this treason?) are simply attempting to blur the border between Syria and Iraq and steal Iraqi land and resources while breaking up the country into smaller bits and pieces that are easier to rape, pillage, and plunder.
Right now they have their eye set on the Damn located in a purported “Disputed” area in Iraq that provides water and electricity to the region. According to Karwan Zebari, Director of the Kurdistan regional government out of Washington, DC, the Kurds are a large population without a real home state. Sounds like something the Zionists of Israel said before they ethically cleansed the majority of Palestine and continue to do so to make themselves at home while stealing and killing everything in sight.
One of the MOST SHOCKING STATEMENTS made by Karwan Zebari during his interview on C-SPAN on August 18, 2014 was that the Kurds are entitled to 9 billion dollars from oil revenues in Baghdad, in addition Zabari said there were investors on the ground, American investors? Mr. Zebari goes on to state this was THE MOST URGENT MATTER. it sounds like the money, and investors are the top priority, in addition to taking over the damn; electricity, water, land, resources and minerals. Are we surprised? And who are those investors, important enough to drag in the U.S. Military?
“Israeli/Zio” Kurds want to collect money from Baghdad, but they need help, enter Israel’s criminal collection agency the U.S. military with “humanitarian” airstrikes based on lies and reports of Christian children being beheaded by the Israeli and U.S. backed ISIS?
PLEASE SEE this C-SPAN VIDEO FROM YESTERDAY WHERE THIS ISRAELI ASSET Karwan Zebari INADVERTENTLY SPILLS THE BEANS ON THE REAL AGENDA!
If you have not seen this video regarding who is really behind ISIS and other nefarious extremist groups, please take the time to watch this video by Jake Morphonios, it is extremely informative and makes sense out of an intentionally confusing issue. The people behind all of this are the masters of chaos.
Hold on to your brain because you are about to take a trip down the rabbit hole of covert ops in the Middle East.
In this bombshell video, published on Aug 12, 2014, Jake Morphonios reveals:
* the role of the military industrial complex, including Lockheed Martin, in the Middle East
* how the US funnels money to ISIS through Qatar and Saudi Arabia
* the history of US control of various al Qaeda groups and the formation of ISIS
* how the US helped ISIS to defeat the Iraqi Army in Mosul
* why you need to stop watching TV news entertainers and switch to real investigative journalists
* a whole lot more! MUST WATCH!
[youtube https://www.youtube.com/watch?v=U_Shb4obNds?feature=player_detailpage]