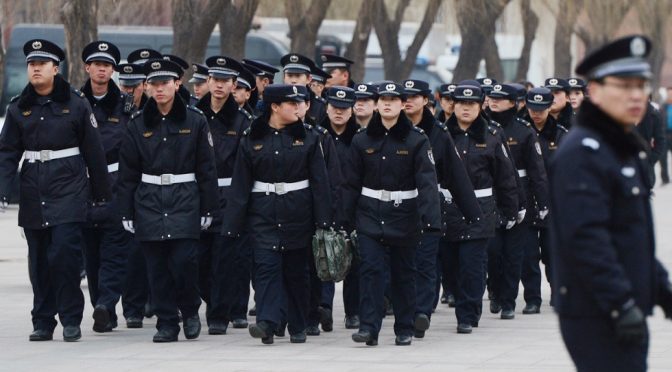 In another show of resolve in cleaning up its system, however imperfect, from corrupt officials who are hiding in foreign havens, Xi Jinping’s government had requested the resources of the Interpol.
In return, the latter issued global arrest warrants with all the pertinent details to its 190 member states.
This action is a far cry from other countries whose politicians got reelected in perpetuity instead. Interpol has issued global arrest warrants for the 100 most-wanted corrupt Chinese officials who have fled overseas, 60 percent of whom allegedly committed bribery and graft, in what is China’s heaviest global crackdown on exiles in history.
Acting on the top-level red notice issued by Interpol China National Central Bureau, all 190 Interpol member states will carry out the warrant through their networks, issuing suspects’ information to their law enforcement departments and immigration departments, said Duan Daqi with Interpol’s China Bureau.

Interpol has published the suspects’ detailed personal information, including personal profile, ID number and birth date on their website to strengthen public involvement in hunting them.
The International Criminal Police Organization, or Interpol, is an intergovernmental organization facilitating international police cooperation. It is the second largest international organization after the United Nations in terms of international representation.
“Most of the 100 Chinese fugitives are corrupt officials, and the suspects are accused of alleged graft issues, including embezzlement, abusing power, corruption and bribery,” said a senior official at the CPC Central Commission for Discipline Inspection who declined to reveal his name.
The fugitives still at large include Yang Xiuzhu, former deputy director of the Zhejiang Provincial Construction Bureau, who fled to the US under suspicion of embezzling 250 million yuan ($40.3 million); Li Huabo, former senior official in the financial bureau of Poyang county, Jiangxi province, who immigrated to Singapore, was accused of embezzling 94 million yuan; and Huang Yurong, former vice-chairman of Henan Provincial Highway Development, who fled to the US under allegations of bribery.
Most of the 100 Chinese fugitives, who include 23 women, have probably escaped to the United States and Canada. The Ministry of Public Security is requesting that these countries assist in extraditing the fugitives to China to face trial.
In recent years, many corrupt Chinese officials have fled overseas to avoid punishment, transferring hundreds of millions of yuan through money laundering and underground banks.
The arrest of the 100 officials is an important part of the “Sky Net” action, initiated in early April to target corrupt officials on the run abroad, especially in the US, Canada and Australia.
During the action, the ministry will work closely with the People’s Bank of China to monitor the suspicious flow of funds remitted to foreign accounts, while enhancing efforts to combat the offshore companies and underground banks to prevent suspects from illegally transferring large amounts of funds abroad.
In addition, the ministry will cooperate with related authorities to investigate passports of government officers.
Interpol, based in Lyon, France, has 190 member countries and investigates terror attacks, organized and drug-related crimes, money laundering, firearms smuggling and corruption.
continue reading »
One of the significant sources of funds for the Cabal is the healthcare industry which registered a whopping $3.09 trillion in 2014, and is projected to soar to $3.57 trillion in 2017, in the US alone. We believe that this is just a conservative figure.
We can avoid using drugs, defeat any viral attack and scaremongering easily by knowing how to build our own comprehensive antiviral system. Find more about it here.