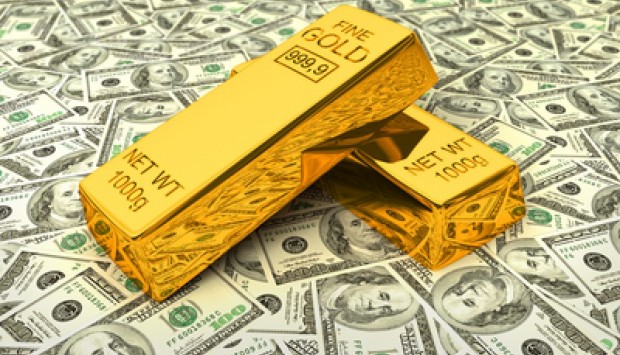 The gold price manipulation scheme will go down as the biggest financial market scandal in US history for numerous reasons. They include the destruction of the free market system in the United States. The manipulation of the gold and silver prices eventually led to the manipulation of US interest rates via the Fed, the stock market via the Plunge Protection Team, and to the currency markets. – Bill Murphy, GATA.org

Gold Manipulation: It’s Much Bigger Than You Think

The dislocation in the correlation between the price of gold and the size of the  Fed balance sheet shown in the graph above is further supported by the manipulation activity reflected in these two graphs (inset chart on the right graph sourced from Zerohedge, with my edits) – click to enlarge image:

The graph on the above shows the massive paper ambush on the gold futures market on Sunday evening July 19. An enormous amount of paper gold contracts were dumped into the Comex’s globex electronic trading system during one of the slowest trading periods at any point in time during the trading week. A bona fide seller trying to sell a big position at the best possible execution prices would never have dumped a position like this. The only explanation is that someone wanted to drive the price the price of gold lower and make a point of doing so. This particular occurrence in the gold market has been a recurring event over the life of the gold bull market. However, the frequency of the above trading pattern has significantly increased since 2011.

This graph on the right, prepared by the TFMetalsReport, shows the record level of the ratio of paper gold to physical gold on the Comex – 117x.  You can see the ratio exploded and went vertical starting mid-2013, which is right around the time Bernanke delivered his infamous “QE taper speech.”  This graph unequivocally reflects the sense of desperation by the Fed and the Treasury in its efforts to push the price of gold lower using the extremely fraudulent paper gold market.
Finally, since mid-December, when it seems some sort of derivatives bomb exploded – LINK –  the anti-gold propaganda from the media has significantly intensified.  This especially true since the July 19 ambush.  It’s not just anti-gold propaganda, however,  it’s a grotesque preponderance of insidious misinformation and disinformation.  The blatant manipulation of the gold market in conjunction with the rabid dissemination of anti-gold rhetoric from both the financial press and Wall Street reeks of desperation – desperation to keep a lid on the one market signal that would undermine the elitists’ perpetuation of the U.S. dollar-based systemic Ponzi scheme which enables them to loot and confiscate middle class wealth (“middle class” being defined as anyone not wealthy enough to buy their own politician or not in the privileged position to benefit from the wealth confiscation schemes).
The Shadow of Truth will be releasing a podcast in two-parts of a two hour conversation with Jim Willie sometime tomorrow.  In a portion of the podcast, Jim Willie lays out the elaborate scheme being used to keep interest rates low and to push the dollar higher in one last desperate attempt to maintain the reserve status of the U.S. dollar and global hegemony of the United States, both of which are being systematically dismantled. Keeping a lid on the price of gold is the nexus of the blueprint for implementing the extreme market intervention by the Federal Reserve and the Treasury’s Working Group on Financial markets.
When the intervention in the gold market fails, which it inevitably will as have all other market interventions in history, it will have the systemic affect of delivering a massive blow from a 2 x 4 on the back of the heads of the unsuspecting public in this country.  In other words, be prepared for life to become very uncomfortable in every respect.  My personal view is that will be the case even for those of us who have taken steps to prepare for this inevitability.
investmentresearchdynamics.com
Since China has both, i.e. huge dollar reserves and stockpiles of gold, she can do whatever she wants.

3 thoughts on “Gold Manipulation: It’s Much Bigger Than You Think”