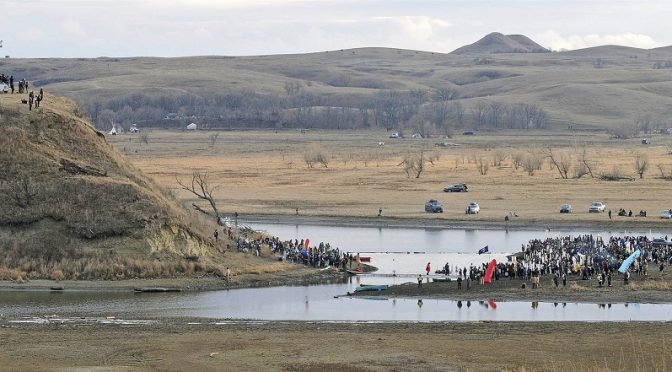 Although some of us are already aware of the original significance of the Thanksgiving Day celebrations, still there’s a sizable segment of the population who choose to ignore its sordid implications which continue even today.

We hold these truths to be self-evident, that all men are created equal, that they are endowed by their Creator with certain unalienable Rights, that among these are Life, Liberty and the pursuit of Happiness. That to secure these rights, Governments arc instituted among Men, deriving their just powers from the consent of the governed, that whenever any Form of Government becomes destructive of these ends, it is the Right of the People to alter or to abolish it, and to institute new Government….

It then went on to list grievances against the king, “a history of repeated injuries and usurpations, all having in direct object the establishment of an absolute Tyranny over these States.” The list accused the king of dissolving colonial governments, controlling judges, sending “swarms of Officers to harass our people,” sending in armies of occupation, cutting off colonial trade with other parts of the world, taxing the colonists without their consent, and waging war against them, “transporting large Armies of foreign Mercenaries to complete the works of death, desolation and tyranny.”
All this, the language of popular control over governments, the right of rebellion and revolution, indignation at political tyranny, economic burdens, and military attacks, was language well suited to unite large numbers of colonists, and persuade even those who had grievances against one another to turn against England.
Some Americans were clearly omitted from this circle of united interest drawn by the Declaration of Independence: Indians, black slaves, women. Indeed, one paragraph of the Declaration charged the King with inciting slave rebellions and Indian attacks:

He has excited domestic insurrections amongst as, and has endeavoured to bring on the inhabitants of our frontiers, the merciless Indian Savages, whose known rule of warfare is an undistinguished destruction of all ages, sexes and conditions.

Twenty years before the Declaration, a proclamation of the legislature of Massachusetts of November 3, 1755, declared the Penobseot Indians “rebels, enemies and traitors” and provided a bounty: “For every scalp of a male Indian brought in … forty pounds. For every scalp of such female Indian or male Indian under the age of twelve years that shall be killed … twenty pounds… .”
Thomas Jefferson had written a paragraph of the Declaration accusing the King of transporting slaves from Africa to the colonies and “suppressing every legislative attempt to prohibit or to restrain this execrable commerce.” This seemed to express moral indignation against slavery and the slave trade (Jefferson’s personal distaste for slavery must be put alongside the fact that he owned hundreds of slaves to the day he died). Behind it was the growing fear among Virginians and some other southerners about the growing number of black slaves in the colonies (20 percent of the total population) and the threat of slave revolts as the number of slaves increased. Jefferson’s paragraph was removed by the Continental Congress, because slaveholders themselves disagreed about the desirability of ending the slave trade. So even that gesture toward the black slave was omitted in the great manifesto of freedom of the American Revolution.
The use of the phrase “all men are created equal” was probably not a deliberate attempt to make a statement about women. It was just that women were beyond consideration as worthy of inclusion. They were politically invisible. Though practical needs gave women a certain authority in the home, on the farm, or in occupations like midwifery, they were simply overlooked in any consideration of political rights, any notions of civic equality.
…
The philosophy of the Declaration, that government is set up by the people to secure their life, liberty, and happiness, and is to be overthrown when it no longer does that, is often traced to the ideas of John Locke, in his Second Treatise on Government. That was published in England in 1689, when the English were rebelling against tyrannical kings and setting up parliamentary government. The Declaration, like Locke’s Second Treatise, talked about government and political rights, but ignored the existing inequalities in property. And how could people truly have equal rights, with stark differences in wealth?
Locke himself was a wealthy man, with investments in the silk trade and slave trade, income from loans and mortgages. He invested heavily in the first issue of the stock of the Bank of England, just a few years after he had written his Second Treatise as the classic statement of liberal democracy. As adviser to the Carolinas, he had suggested a government of slave-owners run by wealthy land barons.
Locke’s statement of people’s government was in support of a revolution in England for the free development of mercantile capitalism at home and abroad. Locke himself regretted that the labor of poor children “is generally lost to the public till they are twelve or fourteen years old” and suggested that all children over three, of families on relief, should attend “working schools” so they would be “from infancy . . . inured to work.”
The English revolutions of the seventeenth century brought representative government and opened up discussions of democracy. But, as the English historian Christopher Hill wrote in The Puritan Revolution: “The establishment of parliamentary supremacy, of the rule of law, no doubt mainly benefited the men of property.”
…
In America, too, the reality behind the words of the Declaration of Independence (issued in the same year as Adam Smith’s capitalist manifesto, The Wealth of Nations) was that a rising class of important people needed to enlist on their side enough Americans to defeat England, without disturbing too much the relations of wealth and power that had developed over 150 years of colonial history. Indeed, 69 percent of the signers of the Declaration of Independence had held colonial office under England.
When the Declaration of Independence was read, with all its flaming radical language, from the town hall balcony in Boston, it was read by Thomas Crafts, a member of the Loyal Nine group, conservatives who had opposed militant action against the British. Four days after the reading, the Boston Committee of Correspondence ordered the townsmen to show up on the Common for a military draft. The rich, it turned out, could avoid the draft by paying for substitutes; the poor had to serve.’
This led to rioting, and shouting: “Tyranny is Tyranny. Let it come from whom it may.”
http://www.historyisaweapon.com/defcon1/zinntyr4.html
In short, what the Europeans have established in the American soil continue to sow tyranny, even today, not just against the American Natives, but against job dependent Europeans, and even war veterans, too.
https://www.youtube.com/watch?v=Vmmjof8BVYA
What was founded in tyranny need to be sustained and expanded with tyranny.
The above history of the United States is all too familiar today because it keeps repeating itself until the Americans learn to confront the lessons ought to be learned so that tyranny is defeated in the end.
Wouldn’t it be nice if all of the oppressed peoples unite and free themselves from Corporate Slavery this time around?
https://youtu.be/dynhFahOHFo?t=37s
After all, we owe the New World from these people.

One thought on “The Tyranny of Thanksgiving Day Continues Even Today”

Leave a Reply to an Australian Cancel reply