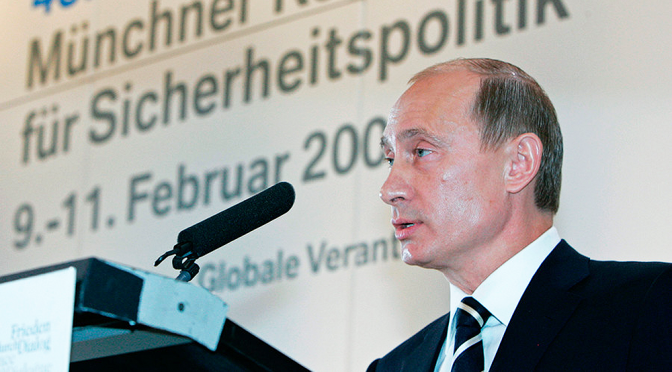 On a rare occasion, when security leaders from both sides of the Atlantic gathered to hear each other’s policy position on security,  and Vladimir Putin stunned his audience when he basically said that a unipolar world will eventually destroy itself and lead to chaos, directly in front of John McCain, Angela Merkel, and the Israeli delegation, among others.
The reaction, i.e. body language, from the perpetual warmongers is priceless…
https://www.youtube.com/watch?v=r0BeN7LMrh4
Here’s the full translation from WaPost:

Recent events prove he was right.
The conference is held annually in February. The venue is the Hotel Bayerischer Hof in Munich, Germany. The 53rd Security Conference will be held from 17 to 19 February 2017.