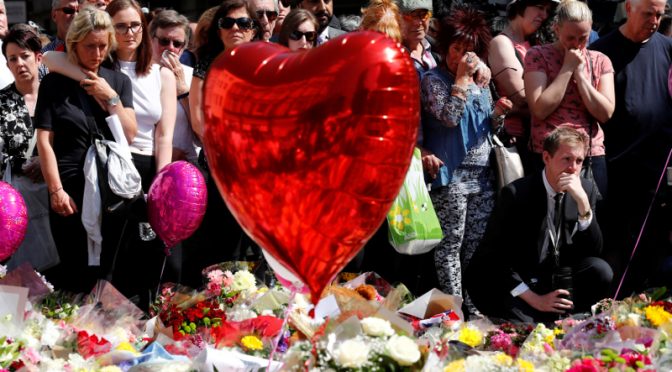 Anti-Gaddafi Libyans living in Manchester had been trained, armed and aided by Britain to wage jihad against the leadership of Muammar Gaddafi.
by Adam Garrie, The Duran
More and more information is emerging on how the savage terrorist atrocity recently committed in Manchester was a classic case of terrorist blow-back, a phenomenon describing how when western governments fund, arm and aid terrorists, they often come back to commit horrific crimes against the citizens of the countries which funded and aided them.
It has been confirmed that the father of the Manchester ISIS bomber was a member of the al-Qaeda affiliated Libyan Islamic Fighting Group. The Libyan Islamic Fighting Group was initially comprised of battle hardened fighters who travelled to Afghanistan in the 1980s to fight the Soviet Union and the secular government in Kabul.
According to former MI5 agent and whistle blower David Shayler, the UK had been funding, arming and training the Libyan Islamic Fighting Group as early as the 1990s and even helped the group organise an attempted assassination of Libyan revolutionary leader  Muammar Gaddafi in 1996.
When Britain went to war on Libya in 2011, these efforts intensified. The Libyan Islamic Fighting Group became a crucial component of the west’s war on Libya. The war was of course the brainchild of Hillary Clinton, the then US Secretary of States. Britain and France became the most vocal participants in the war. 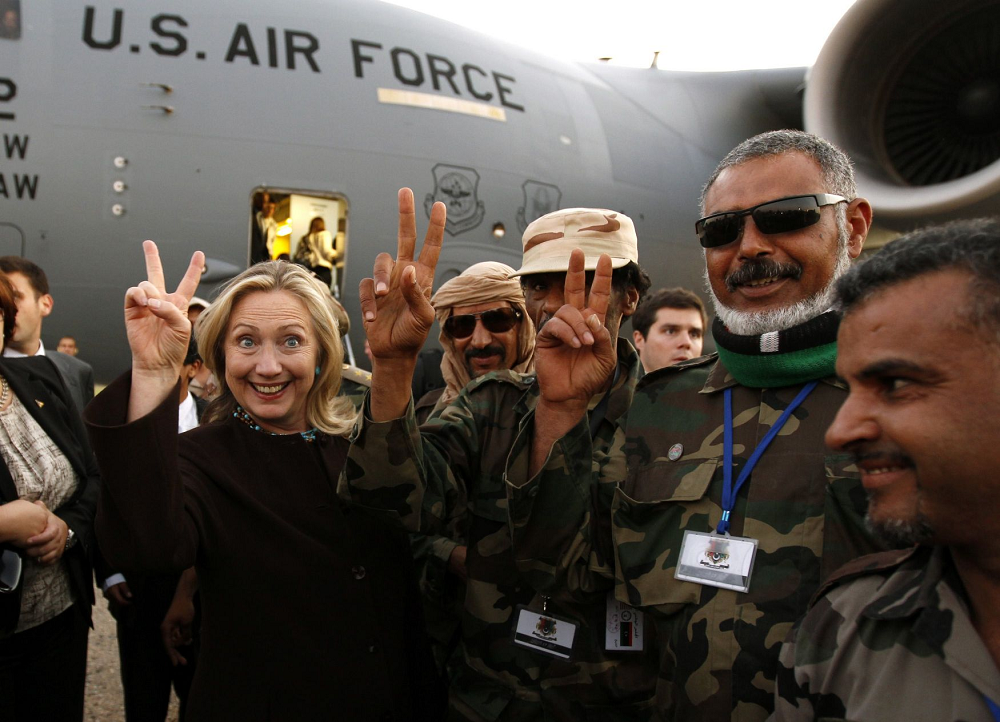 Many jihadists from the Libyan Islamic Fighting Group located to Manchester, specifically the area where the ISIS bomber and his family had lived, including his father and brother who are both currently under arrest for terrorism related charges. The area in northern England was also home to Abd al-Baset Azzouz, an al-Qaeda strong man who fought Gaddafi’s revolutionary forces in Libya starting in 2011.
It was in 2011, that the UK began to allow radical Libyans living in Britain, including and especially from Manchester to gain safe passage to Libya in order to fight Libyan forces. Manchester has been described as a hotbed of anti-Gaddafi Libyan jihadists and terrorist sympathisers.
One jihadist with UK citizenship spoke of how he was allowed to travel to engage in jihad against Libya, “I was allowed to go, no questions asked”.
Another jihadist, one Belal Younis was approached by an MI5 (British intelligence) agent and asked if he was willing to go into battle (jihad). Yonuis agreed, but was soon stopped by security at a UK airport.
However, the British deep state made sure to clear that up. Yonuis explained that he simply called the MI5 agent who was his contact and shortly there after, he was allowed to fly to Libya with no further questions asked.
In a claim that ought to worry security officials throughout the world, Younis said,

“The whole Libyan diaspora were out there fighting alongside the rebel groups”.

By rebel of course he means al-Qaeda terrorist affiliates and by Libyan diaspora he means many individuals who were wanted criminals in Libya, many of them wanted on charges of terrorism and treason.
Another Libyan with UK citizenship spoke to Middle East Eye and told the publication how the UK recruited him to produce anti-Gaddafi jihadist propaganda.
The source said that he was recruited to edit ‘highly polished’ videos showing the elite British SAS (special air service) training jihadists in Libya. The aim of the videos was to present the final edit to wealthy Gulfis in Qatar and the UAE in order to convince them to fund Britain’s effort in training more jihadist fighters.
Although Britain’s involvement in funding anti-Libyan terrorists dates back to at least the 1990s, between 2004, when Tony Blair reached an historic accord with Gaddafi and 2011 when Britain joined a war against Libya, many Libyan jihadists in places like Manchester were subject to crack downs on their activity. This all changed around 2011 according to Ziad Hashem.
Hashem said,

“When the revolution started, things changed in Britain. Their way of speaking to me and treating me was different. They offered to give me benefits, even indefinite leave to remain or citizenship”.

It is important to remember that in 2011, the British Home Secretary, the cabinet level position responsible for fighting crime and terrorism was none other than current UK Prime Minister Theresa May who faces a General Election on the 8th of June.
The level of responsible that the UK government bears for turning a once great British city into a kind of jihadist fortress is in a word: monumental.
Gaddafi warned of this danger, but Britain at the time not only did not listen, they did the opposite.