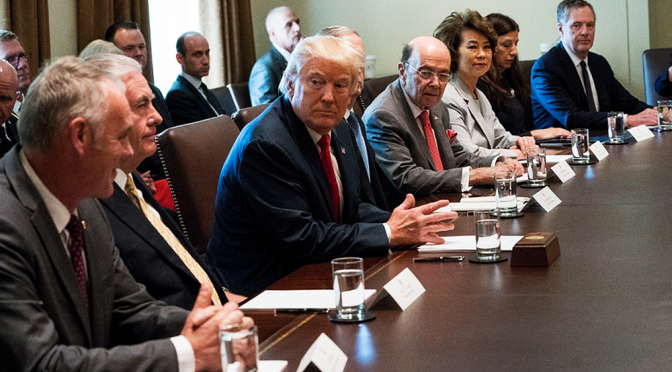 WASHINGTON — John F. Kelly, President Trump’s new chief of staff, firmly asserted his authority on his first day in the White House on Monday, telling aides he will impose military discipline on a free-for-all West Wing, and he underscored his intent by firing Anthony Scaramucci, the bombastic communications director, 10 days after he was hired.
Mr. Scaramucci was forced out of his post, with the blessing of the president and his family, just days after unloading a crude verbal tirade against other members of the president’s staff, including Reince Priebus, Mr. Kelly’s beleaguered predecessor, and Stephen K. Bannon, the chief White House strategist, in a conversation with a reporter for The New Yorker.
Mr. Trump recruited Mr. Scaramucci as a tough-talking alter ego who would ferociously fight for him the way others had not. But “the Mooch,” as he likes to be known, quickly went too far, even in the eyes of a president who delights in pushing the boundaries of political and social decorum. As Mr. Kelly, a former four-star Marine general, began his first day on the job, Sarah Huckabee Sanders, the White House press secretary, announced that Mr. Scaramucci was out.
“The president certainly felt that Anthony’s comments were inappropriate for a person in that position,” Ms. Sanders said. “He didn’t want to burden General Kelly, also, with that line of succession.”

The ouster of Scaramucci is the 12th under the Trump administration, which is struggling to implement its own policies that were laid down during the campaign period.
Aside: Appointing generals to highly critical posts is one of the key aspects of the Duterte administration. For the latter, these boy scouts have the necessary upbringing to see the mission through, no matter what it takes.
Trump is on the right track this time around.