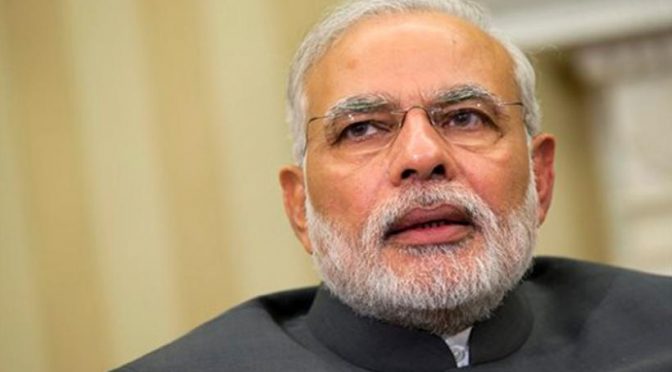 It’s very discomforting to see the nation of India, one of the great potential leading countries of the world systematically self-destruct.
F. William Engdahl
Provoking a new war with China over remote chunks of land in the high Himalayas where the borders of China’s Tibet Autonomous Region converge with India and the Kingdom of Bhutan, is only the latest example. The question posed is who or what grand design is behind India’s foreign and domestic policies under Prime Minister Narendra Modi. Has Modi switched sides? If so to whom?

Only a year ago all seemed if not serene, well, then on its way to peaceful development with Modi’s Asian neighbors including China and even, cautiously, Pakistan.
Just last year India, alongside Pakistan, were accepted as formal members of the increasingly important Shanghai Cooperation Organization where China is a founding member along with Russia, raising hopes that the common SCO format would permit peaceful resolution of simmering border tensions created by the 1947 British partition of India into a dominant Muslim Pakistan and a majority Hindu India with several unresolved friction areas including Kashmir and slyly left by Mountbatten as future explosion points.
India is also a member along with China in the BRICS organization which just created a BRICS New Development Bank in Shanghai whose President is an Indian. India is also a member of the China-based Asian Infrastructure Investment Bank. And until Modi announced India’s refusal to join the May 14 Beijing conference of the China One Belt, One Road, India was also a participant in the vast Eurasian infrastructure project.

How quickly things have changed. Modi announced his refusal to participate in the May 14 China OBOR conference citing the Chinese investment in the China-Pakistan Economic Corridor, or CPEC, a $62 billion highway, rail and port infrastructure development between China and Pakistan as part of China’s OBOR, which passes through Pakistan-occupied Kashmir.
Then, with surprising haste, India unveiled a vision document for Asia-Africa Growth Corridor (AAGC) at the ongoing African Development Bank meeting in Gujarat, in a joint project with Japan Prime Minister Shinzo Abe. The Indo-Japan AAGC document is an explicit part of a so-called Indo-Pacific Freedom Corridor being put in place by India and Japan to counter China’s OBOR, using Japanese money and Indian established presence in Africa.
Under Abe, Japan has signed on to an increasingly aggressive anti-China agenda including over the disputed Diaoyu Islands called Senkaku Islands by Japan in the East China Sea.As well Japan has opted to install US missile defense systems and under Abe is regarded as the strongest US military ally in Asia. When Abe met Trump this February, the US President reaffirmed terms of the US-Japan mutual defense treaty and made clear that the treaty extended to disputed islands in the East China Sea–the Senkaku or the Diaoyu as the barren islands are called in China.

Weeks later, on June 27 India’s Prime Minister Modi met with the US President in Washington. The day prior, conveniently, the US State Department announced designation of Pakistan-based Kashmiri leader of the militant Kashmir Valley Hizb-ul-Mujahideen, Mohammad Yusuf Shah, as a Specially Designated Global Terrorist (SDGT). That designation permits US sanctions on Pakistan among other things.
As a result of the Modi-Trump talks, the US agreed to sell India 22 of its Guardian drones, a so-called game-changer, for up to $3 billion. Other items included expanded military cooperation and Indian agreement to buy US shale gas LNG. Modi seemed so pleased with his Washington talks that he invited the President’s daughter, Ivanka Trump, to lead the US delegation to Global Entrepreneurship Summit (GES) later this year in India.

Still glowing from his clear Washington political success, India’s Modi flew to Israel July 7 for an unprecedented meeting of an Indian head of government in Israel with an Israeli Prime Minister. The talks between Modi and Benjamin Netanyahu were hailed in Indian media as a major shift in Indian foreign policy.
Here is where it gets seriously interesting. There has been a secret collaboration including offices in India between Israel’s Mossad intelligence and India’s CIA, called RAW going back to the 1950’s. In 2008 Israel’s Ambassador to India, Mark Sofer revealed that Israeli intelligence had provided the Indian Army with vital satellite imagery during India’s 1999 “Kargil War” with Pakistan that allowed India to precisely bomb Pakistani troop positions who had occupied posts in India’s Kargil district in the Indian state of Jammu and Kashmir.

The Dubious Role of Ajit Doval

The July Modi visit to Tel Aviv had been months in preparation. Already end of February Modi sent his National Security Advisor Ajit Doval to Tel Aviv to discuss details of the trip. There Doval met with Yosef Cohen the head of the Mossad and discussed among other things the alleged support by China and Pakistan along with other states for the Taliban in Afghanistan near the Afghan-Pakistan border.
Doval is no softie. He is attributed with something called the Doval Doctrine in India, the recent shift in Indian security policy in relation to Pakistan from what he calls ‘Defensive’ to ‘Defensive Offensive’. He is reported behind India’s surgical strikes in Pakistan in September 2016, and is behind the rise of pro-Indian militants in Kashmir. As an Indian blog describes it the Doval Doctrine, formulated in his speeches in 2014 and 2015 after being named MIDO National Security Adviser, essentially is aimed at China and Pakistan, has three components: “Irrelevance of morality, Of extremism freed from calculation or calibration, and Reliance on military.” Clearly Doval has little use for diplomatic solutions.
Whatever was privately agreed between Modi and Washington in June as well as with Tel Aviv in early July, it was in this time frame that the Doklam dispute erupted in the Indian decision to send troops to forcibly intervene against Chinese construction teams on the sensitive border zone between China, Bhutan and India in the Tibetan plateau.

China said it never backs down in defending sovereignty after being asked once again about Doklam border standoff https://t.co/LXyCF2hfLy pic.twitter.com/lg9x89xdN5

For its side, China is citing a letter by former Indian PM Jawaharlal Nehru to Chinese Premier Chou En-Lai in 1959: “This Convention of 1890 also defined the boundary between Sikkim and Tibet; and the boundary was later, in 1895, demarcated. There is thus no dispute regarding the boundary of Sikkim with the Tibet region,” the letter read. China has also cites a reference of May 10, 2006, besides the 1890 convention and the 1959-60 letters which says, “Both sides agree on the boundary alignment in the Sikkim Sector.” China publicly claims also that it “notified” India about the road building as a “goodwill” gesture.
At this point the real issue is not the validity or non-validity under international law of the Chinese arguments. All surrounding the recent Doklam dispute between China and India suggests the dark hand of Washington and Tel Aviv in cahoots with the Modi government to use the confrontation to sabotage the progress of China’s huge and developing One Belt, One Road infrastructure project by attempting to foster another US-instigated proxy war.
The escalating dispute over Doklam need never have escalated on a military front. That was a decision of the Modi government and clearly bears the fingerprints of the fingerprints of Ajit Doval, Modi’s security adviser and former head of Indian intelligence.
Has Narenda Modi actually switched sides from a genuine supporter of peaceful resolution of Indo-Pakistani and Indo-Chinese border disputes in a spirit of good-willed collaboration within the Shanghai Cooperation Organization, or was he Janus-faced in terms of his allegiances from the 2014 onset of his tenure as prime Minister, a kind of Anglo-American-Israeli Trojan Horse sent to sabotage China’s promotion of the Eurasian new Economic Silk Road? The answer is not yet known at least not by this author. However, a well-placed Indian source with close ties to the Indian military forces noted to me in a recent private correspondence that shortly following Trump’s election in November last year, a senior US intelligence adviser to the Trump circles stated bluntly that there would not be a war between USA and China, but rather there would be a war between India and China across the Himalayas. That was in November at a time Doklam was completely quiet.

William Engdahl is strategic risk consultant and lecturer, he holds a degree in politics from Princeton University and is a best-selling author on oil and geopolitics, exclusively for the online magazine “New Eastern Outlook.”