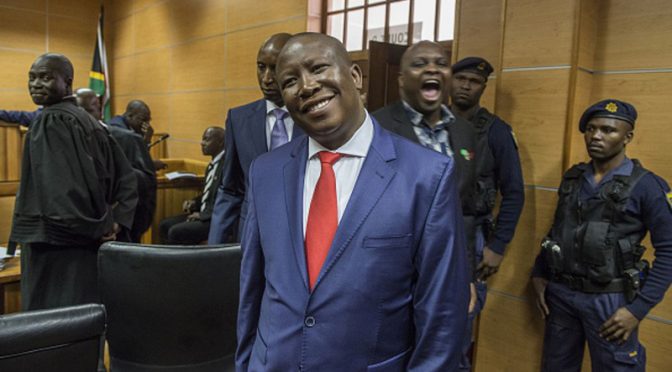 This should happen in Palestinian lands, too. The South African parliament voted on Tuesday in favor of a motion seeking to change the constitution to allow white-owned land expropriation without compensation.

In the case of Israel, it should compensate for the loss of lives in Gaza and within all occupied territories. That’s called social justice, not antisemitism.
Overall, there is now a growing number of patriotic leaderships around the world. This is partly due to the continuing exposure of the true nature of Western globalist leadership. The blatant lie behind the War of Terror and the constant rigging of the financial system broke the camel’s back.

“The time for reconciliation is over. Now is the time for justice,” Malema told the parliament. “We must ensure that we restore the dignity of our people without compensating the criminals who stole our land.”
South Africa has a population of over 50 million people. According to a 2017 government audit, white people own 72 percent of farmland.
Last week, South Africa’s new president, Cyril Ramaphosa, pledged to return the lands owned by white farmers since the 1600s to the black citizens of the country. He added that food production and security must be preserved.
The official opposition Democratic Alliance party (DA) has criticized the motion, saying it will undermine property rights and scare off potential investors.
https://www.rt.com/business/420021-africa-white-owned-land/