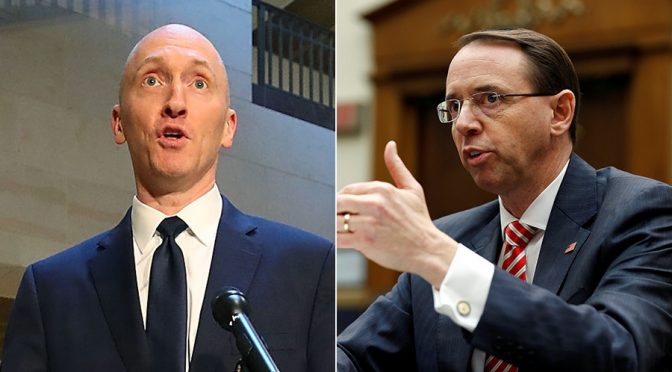 “They have, from their editors on down and their corporate owners, an objective and, in this case, to remove Donald Trump. He stands against everything that they are, the Left or the ‘Dark Left’ as I call it. Trump is actually confronting the Shadow Government and Deep State, and he has them shaking. He has the news media shaking that pushes these really leftist things. So, they are intentionally and on purpose blocking the news and deleting the news about things like this soft coup, the (phony) dossier.”

This is a very powerful interview.  If you have the time, we suggest you watch it in its entirety. It is just over 37 minutes long.

Shipp went on to detail the truth: “The MSM will not tell you the latest revelation and that is Bruce Ohr, who was the fourth highest ranking official in the Obama Justice Department (DOJ), wrote the now infamous phony Trump Dossier which was used to apply for fraudulent federal wiretaps (with the FISA Court) to spy on Trump.”
Shipp says all of this investigating started with Bruse Ohr, and he’ll be the next to lose his security clearance.

“It all started from the fake dossier which led eventually to the appointment of Robert Mueller (Special Prosecutor) and the entire foundation is based on a falsity. . . . I understand the next revocation of security clearance is probably going to be Bruce Ohr because he crafted the fake dossier with Christopher Steele, and he may even have written the thing…

“Yes. Oh, they coordinated it for sure. There are 70 emails back and forth between Ohr and Steele crafting the dossier. So, the FBI and Department of Justice were intimately involved with the creation and publication of that dossier.”
“They even went further than that. The FBI and CIA counter-intelligence even placed an agent inside the Trump campaign.” -Kevin Shipp

Shipp concluded that a Civil War in the making right now. “I think we are at the beginning of a civil war. You’ve got the ‘Dark Left’ and you’ve got the Conservative people, the Constitutionalists. In progressivism, one of its tenets is to change the Constitution, especially the First Amendment, and uproot traditional America. Whatever happens in November is going to intensify that. . . . Their attack is against Christians and the Constitution.”

16 thoughts on “It Was A Failed Coup, Mainstream Media are Covering Up Phony DOJ Dossier”