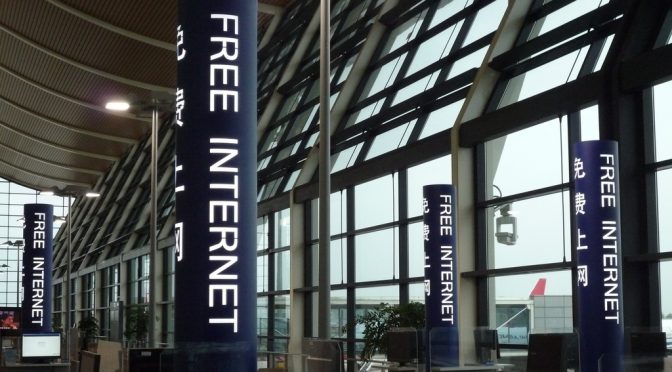 There is a saying attributed to the French banker Nathan Rothschild that “Give me control of a nation’s money and I care not who makes its laws.” Conservative opinion in the United States has long suspected that Rothschild was right and there have been frequent calls to audit the Federal Reserve Bank based on the presumption that it has not always acted in support of the actual interests of the American people.

That such an assessment is almost certainly correct might be presumed based on the 2008 economic crash in which the government bailed out the banks, which had through their malfeasance caused the disaster, and left individual Americans who had lost everything to face the consequences.

Be that as it may, if there were a modern version of the Rothschild comment it might go something like this: “Give me control of the internet and no one will ever more know what is true.” The internet, which was originally conceived of as a platform for the free interchange of information and opinions, is instead inexorably becoming a managed medium that is increasingly controlled by corporate and government interests. Those interests are in no way answerable to the vast majority of the consumers who actually use the sites in a reasonable and non-threatening fashion to communicate and share different points of view.

The United States Congress started the regulation ball rolling when it summoned the chief executives of the leading social media sites in the wake of the 2016 election. It sought explanations regarding why and how the Russians had allegedly been able to interfere in the election through the use of fraudulent accounts to spread information that might have influenced some voters. In spite of the sound and fury, however, all Congress succeeded in doing was demonstrating that the case against Moscow was flimsy at best while at the same creating a rationale for an increased role in censoring the internet backed by the threat of government regulation.

Given that background, the recent shootings at a synagogue in Pittsburgh and at mosques in Christchurch New Zealand have inevitably produced strident demands that something must be done about the internet, with the presumption that the media both encouraged and enabled the attacks by the gunmen, demented individuals who were immediately labeled as “white supremacists.” One critic puts it this way, “Let’s be clear, social media is the lifeblood of the far-right. The fact that a terror attack was livestreamed should tell us that this is a unique form for violence made for the digital era. The infrastructure of social media giants is not merely ancillary to the operations of terrorists — it is central to it [and] social media giants assume a huge responsibility to prevent and stop hate speech proliferating on the internet. It’s clear the internet giants cannot manage this alone; we urgently need a renewed conversation on internet regulation… It is time for counter-terrorism specialists to move into the offices of social media giants.”

It’s the wrong thing to do, in part because intelligence and police services already spend a great deal of time monitoring chat on the internet. And the premise that most terrorists who use the social media can be characterized as the enemy du jour “white supremacists” is also patently untrue. Using the national security argument to place knuckle dragging “counter-terrorism specialists” in private sector offices would be the last thing that anyone would reasonably want to do. If one were to turn the internet into a government regulated service it would mean that what comes out at the other end would be something like propaganda intended to make the public think in ways that do not challenge the authority of the bureaucrats and politicians. In the US, it might amount to nothing less than exposure to commentary approved by Mike Pompeo and John Bolton if one wished to learn what is going on in the world.

Currently I and many other internet users appreciate and rely on the alternative media to provide viewpoints that are either suppressed by government or corporate interests or even contrary to prevailing fraudulent news accounts. And the fact is that the internet is already subject to heavy handed censorship by the service providers, which one friend has described as “Soviet era” in its intensity, who are themselves implementing their increasingly disruptive actions to find false personas and to ban as “hate speech” anything that is objected to by influential constituencies.

Blocking information is also already implemented by various countries through a cooperative arrangement whereby governments can ask search engines to remove material. Google actually documents the practice in an annual Transparency Report which reveals that government requests to remove information have increased from less than 1,000 per year in 2010 to nearly 30,000 per year currently. Not surprisingly, Israel and the United States lead the pack when it comes to requests for deletions. Since 2009 the US has asked for 7,964 deletions totaling 109,936 items while Israel has sought 1,436 deletions totally 10,648 items. Roughly two thirds of Israeli and US requests were granted.

And there is more happening behind the scenes. Since 2016, Facebook representatives have also been regularly meeting with the Israeli government to delete Facebook accounts of Palestinians that the Israelis claim constitute “incitement.” Israel had threatened Facebook that non-compliance with Israeli deletion orders would “result in the enactment of laws requiring Facebook to do so, upon pain of being severely fined or even blocked in the country.” Facebook chose compliance and, since that time, Israeli officials have been “publicly boasting about how obedient Facebook is when it comes to Israeli censorship orders.” It should be noted that Facebook postings calling for the murder of Palestinians have not been censored.

And censorship also operates as well at other levels unseen, to include deletion of millions of old postings and videos to change the historical record and rewrite the past. To alter the current narrative, Microsoft, Google, YouTube, Twitter and Facebook all have been pressured to cooperate with pro-Israel private groups in the United States, to include the powerful Anti-Defamation League (ADL). The ADL is working with social media “to engineer new solutions to stop cyberhate” by blocking “hate language,” which includes any criticism of Israel that might be construed as anti-Semitism by the new expanded definition that is being widely promoted by the US Congress and the Trump Administration.

Censorship of information also increasingly operates in the publishing world. With the demise of actual bookstores, most readers buy their books from media online giant Amazon, which had a policy of offering every book in print. On February 19, 2019, it was revealed that Amazon would no longer sell books that it considered too controversial.

Government regulation combined with corporate social media self-censorship means that the user of the service will not know what he or she is missing because it will not be there. And once the freedom to share information without restraint is gone it will never return. On balance, free speech is intrinsically far more important than any satisfaction that might come from government intrusion to make the internet less an enabler of violence. If history teaches us anything, it is that the diminishment of one basic right will rapidly lead to the loss of others and there is no freedom more fundamental than the ability to say or write whatever one chooses, wherever and whenever one seeks to do so.