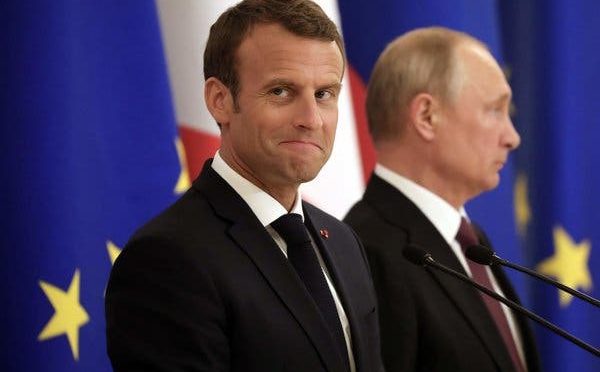 We have resolved to pave the way for a grand peace for all the generations to come by enduring the unendurable and suffering what is insufferable.

A couple of months ago Putin observed that the time of modern day liberalism had passed.

There is also the so-called liberal idea, which has outlived its purpose. Our Western partners have admitted that some elements of the liberal idea, such as multiculturalism, are no longer tenable.

Liberalism, in its current manifestation, he suggested, was failing its people. The remarks were happily seized on to bolster the meme that Putin is the enemy. We were assured that liberalism was just fine and criticism was just what you’d expect from “a bloody dictator“. No, Mr. Putin, liberalism is not dead. Martin Wolf: why Vladimir Putin is wrong to claim liberalism is dead. Putin is wrong. Liberalism is more important than ever. So there the issue sat: Putin had been slapped down and any deviations from happy complacency – maillots jaunes, Brexit, Trump – were his fault. His attempts to wreck us would fail because “Defences have proven stronger; citizens are getting wiser“. In any case, Russia won’t be around much longer; the end was coming soon in 2001, 2009, 2011, 2014, 2014, 2019. Well… someday soon.

And then, out of the blue, appears this (my emphases):

We experience this world all together and you know that better than I, but the international order is being disrupted in an unprecedented way, with massive upheaval, probably for the first time in our history, in almost all areas and on a historic scale. Above all, a transformation, a geopolitical and strategic reconfiguration. We are probably in the process of experiencing the end of Western hegemony over the world. We were used to an international order that had been based on Western hegemony since the 18th century… Things change. And they have been deeply affected by the mistakes made by Westerners in certain crises, by American decisions over the last several years which did not start with this administration, but have led us to re-examine certain involvements in conflicts in the Middle East and elsewhere, and to re-think fundamental diplomatic and military strategy and on occasion elements of solidarity which we thought were forever inalienable… And it is also the emergence of new powers whose impact we have probably underestimated for far too long.

China first and foremost as well as Russia’s strategy that has, let’s face it, been pursued with greater success over the last few years.

Putin’s gone over the top here: End of Western hegemony? Mistakes? Reconsider? Russia‘s success? Well isn’t that just what he would want you to think? The sower of divisions, doubts and chaos just wants us to give up.

Except that the speaker is French President Emmanuel Macron

Video, English. Macron understands that things have got worse for many in the West and says so – maybe the maillots jaunes have got their message though. The market economy, that used to work well, today produces serious inequalities:

When the middle classes, which form the basis of our democracies, no longer have a fair share in it, they start to express doubts and are legitimately tempted by authoritarian regimes or illiberal democracies, or are tempted to question this economic system.

if we continue as before, then we will definitely lose control. And that would mean obliteration. (l’effacement).

He even (!) has a kind word for Orbán in Hungary.

(I don’t think he’s fully thought it out: if, as he thinks, the proper role for France and Europe is to balance between the USA and China, then that will require an independent position: Beijing could never regard an ally of Washington as a “balancer”. So… out of NATO. But he hasn’t got there yet.)

But what he says about Russia is more interesting: the West made mistakes (no counterfeit modesty of allowing that, perhaps, we’re in there for one or two percent of the blame):

We are part of Europe; so is Russia. And if we are unable to accomplish anything useful with Russia at any given time, we will remain in a state of deeply unproductive tension. We will continue to be stuck in conflicts throughout Europe. Europe will continue to be the theatre of a strategic battle between the United States and Russia, with the consequences of the Cold War still visible on our soil. And we will not lay the groundwork for the profound re-creation of European civilization that I mentioned earlier. Because we cannot do that without reassessing in depth, in great depth, our relationship with Russia. I also think that pushing Russia away from Europe is a major strategic error, because we are pushing it either toward isolation, which heightens tensions, or toward alliances with other great powers such as China, which would not at all be in our interest. At the same time, it must be said that while our relations have been based on mistrust, there are documented reasons for it. We’ve witnessed cyber-attacks, the destabilization of democracies, and a Russian project that is deeply conservative and opposed to the EU project. And all that basically developed in the 1990s and 2000s when a series of misunderstandings took place, and when Europe no doubt did not enact its own strategy

and gave the impression of being a Trojan Horse for the West, whose final aim was to destroy Russia, and when Russia built a fantasy around the destruction of the West and the weakening of the EU. That is the situation. We can deplore it, we can continue to jockey for position, but it is not in our best interest to do so. Nor is it in our interest to show a guilty weakness toward Russia and to believe that we should forget all the disagreements and past conflicts, and fall into each other’s arms. No. But I believe we must very carefully rethink the fundamentals. I believe we must build a new architecture based on trust and security in Europe, because the European continent will never be stable, will never be secure, if we do not ease and clarify our relations with Russia. That is not in the interest of some of our allies, let’s be clear about that. Some of them will urge us to impose more sanctions on Russia because it is in their interest.

The end of the INF Treaty requires us to have this dialogue [with Russia], because the missiles would return to our territory.

He’s not entirely free from delusion:

that great power [Russia], which invests a great deal in arming itself and frightens us so much, has the gross domestic product of Spain, a declining demographic, an ageing population and growing political tension.

(If it were declining it wouldn’t be as successful as he said it was earlier, would it? And the GDP argument is nonsense.) And “cyber-attacks, the destabilization of democracies, and a Russian project that is deeply conservative and opposed to the EU project” is the usual unexamined twaddle. And if Russia dreamed of destroying an entity which was giving “the impression” that its “final aim” was to “destroy” it, it would just have been defending itself, wouldn’t it? But every journey begins with a single step and this is very far from the usual “if Russia would behave ‘like a normal country‘ we might let it back into the club on probation”.

What really struck me was this:

Take India, Russia and China for example. They have a lot more political inspiration than Europeans today. They take a logical approach to the world, they have a genuine philosophy, a resourcefulness that we have to a certain extent lost.

So the West is not “logical”, has a “shallow philosophy” and no ingenuity. (You know it’s true, don’t you?)

One of the major players in the Western World’s ancien régime is saying:

Our day is coming to an end

and the other guys have a better take on things than we do.

We at Strategic Culture Foundation and other alternative outlets may take pleasure that when we said the world was changing, that the Western establishment was dangerously unaware, when we said that Russia and China were stronger and more resilient than complacent op-ed writers thought they were, that the West was fragile, that Western leaders had failed their people, we were not just crazy people shouting at lamp-posts: a principal of the ancien régime agrees with us. Maybe they do read us in the Elysée.

(Meanwhile, across the Atlantic, they haven’t got the memo:

We don’t always get it right. Not always perfect. But our efforts are noble and important, and we try to make America secure and at the same time [improve] the lives of people in every country … to improve their capacity for freedom and liberty in their own nation.)

But, when all is said and done, it’s just a speech. Will we see actions that prove intent? Suggestions: Crimea is Russian; the fighting in Ukraine is a civil war; Assad’s future is up to Syrians; Maduro’s of Venezuelans; everybody out of Afghanistan, Iraq, Syria ASAP; stop arming the killers in Yemen. Lots to admit to; lots to stop doing.

We may have a clue soon: a Normandy Format meeting on Ukraine to which Macron has invited Putin. If it’s more claptrap about how Moscow must honour its commitments under the Minsk agreement (there are none – the word “Russia” does not appear) then we’ll know that it was just words.

Western media coverage will be interesting to watch – not much at the moment in the Anglophone world and what there is misses the big points; several times it’s presented as just a “turn away” from Trump (which it is – more evidence for my Gordian Knot theory). But what he’s saying is hard to take in if you’ve been cruising along, confident that what is “really obsolete” is not liberalism but “authoritarianism, personality cults and the rule of oligarchs”; it will take time before it sinks in that one of the prominent figures of the Western establishment is pretty close to agreement with Putin.

Patrick Armstrong was an analyst in the Canadian Department of National Defence specialising in the USSR/Russia from 1984 and a Counsellor in the Canadian Embassy in Moscow in 1993-1996. He retired in 2008 and has been writing on Russia and related subjects on the Net ever since.

10 thoughts on “Thinking the Unthinkable, Saying the Unsayable”