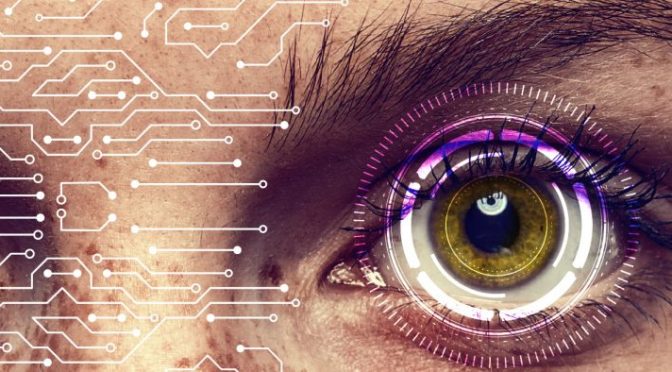 Through various benevolent sounding think tanks and corporate PR outfits, the Oligarchy-Big Tech Alliance is now laying the groundworks for the next stage of their long-planned Technocratic Dictatorship, in which all living souls on this planet are physically connected to the AI-driven control grid that should prevent any form of dissent from ever succeeding.

You have seen these scenarios played out in various science fiction movies which are really meant to preprogrammed and precondition the mind to mitigate for potential aggressive reactions in response to a massive shock once the beast is fully operational.

In its disclaimer, Policy Horizons Canada (Policy Horizons) declares itself as “a strategic foresight organization within the Government of Canada with a mandate to help the Government develop future-oriented policy and programs that are more robust and resilient in the face of disruptive change on the horizon. “

The Foreword of its Director General Kristel Van der Elst, says it all:

“In the coming years, biodigital technologies could be woven into our lives in the way that digital technologies are now. Biological and digital systems are converging, and could change the way we work, live, and even evolve as a species. More than a technological change, this biodigital convergence may transform the way we understand ourselves and cause us to redefine what we consider human or natural.

Biodigital convergence may profoundly impact our economy, our ecosystems, and our society. Being prepared to support it, while managing its risks with care and sensitivity, will shape the way we navigate social and ethical considerations, as well as guide policy and governance conversations.

Guided by its mandate, Policy Horizons Canada (Policy Horizons) intends to start an informed and meaningful dialogue about plausible futures for biodigital convergence and the policy questions that may arise. In this initial paper, we define and explore biodigital convergence – why it is important to explore now, its characteristics, what new capabilities could arise from it, and some initial policy implications. We want to engage with a broad spectrum of partners and stakeholders on what our biodigital future might look like, how this convergence might affect sectors and industries, and how our relationships with technology, nature, and even life itself could evolve.”

They’re not hiding their intentions anymore. The gene editing CRISPR technology is already being promoted and implemented via the mRNA “vaccines”, the disastrous outcome of which is just beginning to emerge, although the media is not talking about it.


What is biodigital convergence?

Biodigital convergence is the interactive combination, sometimes to the point of merging, of digital and biological technologies and systems. Policy Horizons is examining three ways in which this convergence is happening.

Digital technology can be embedded in organisms, and biological components can exist as parts of digital technologies. The physical meshing, manipulating, and merging of the biological and digital are creating new hybrid forms of life and technology, each functioning in the tangible world, often with heightened capabilities.

Robots with biological brains01 and biological bodies with digital brains02 already exist, as do human-computer and brain-machine interfaces.03 The medical use of digital devices in humans04, as well as digitally manipulated insects such as drone dragonflies05 and surveillance locusts06, are examples of digital technology being combined with biological entities. By tapping into the nervous system and manipulating neurons, tech can be added to an organism to alter its function and purpose. New human bodies and new senses of identity07 could arise as the convergence continues.

2 Coevolution of biological and digital technologies

Complex living systems – bacteria, fungi, plants, and animal life including humans – are increasingly subject to examination and understanding by digital tools and applications such as machine learning. This deeper understanding, enabled by digital technologies, means that biology is subject to influence and manipulation that was not possible a few years ago.

For example, gene sequencing combined with artificial intelligence (AI) leads to understanding genetic expression, which is then used to alter existing organisms to create organic compounds in new ways08 or even entirely synthetic organisms.09 The CRISPR/Cas9 approach and other new gene editing techniques would have been impossible without the evolution of digital technology and bioinformatics. Advances in digital technologies have helped the advancement of the biodigital.10

We also see a greater understanding of biology, which is fueling progress in the field of biological computing. Neural nets – computer systems that are designed based on biological brains – are an example of how biological understanding is shaping digital technology.

There is also a blurring between what is considered natural or organic and what is digital, engineered, or synthetic. For example, biosynthetic vanilla is created using ferulic acid, eugenol, and glucose as substrates, and bacteria, fungi, and yeasts as microbial production hosts. Although it does not come from a vanilla plant, under both U.S. and EU food legislation, its production from “microbial transformations of natural precursors” allows it to be labelled as a “natural flavoring”.11

A third form of biodigital convergence involves a shift in perspective that could reshape our framing and approach to biological and digital realms, facilitating the blending of the two.

As we continue to better understand and control the mechanisms that underlie biology, we could see a shift away from vitalism – the idea that living and nonliving organisms are fundamentally different because they are thought to be governed by different principles.12 Instead, the idea of biology as having predictable and digitally manageable characteristics may become increasingly common as a result of living in a biodigital age. Any student of biology today will have grown up in a digital world and may consciously or subconsciously apply that frame of reference to bioinformatics and biology generally.

From a digital perspective, we see a potential shift in the opposite direction. Computing began as a means of producing predictable, replicable, and relatively simple outcomes. As digital technology became more complex and connected, the system began to mimic the characteristics of the biological world, leading to the notion of technological ecosystems. Biological models are also being used to develop digital tools, such as AI based on neural nets.

In summary, the document says that “Biodigital convergence is opening up strikingly new ways to:

They are selling this idea with concepts like democratization, decentralization, and… reliance on big data?

Democratization For example, mail-order bioengineering or CRISPR kits allow biohackers to purchase and practice genetic alteration at home. A range of relatively affordable online consumer options include a 30 USD “Genetic Design Starter Kit” allowing a novice to insert a gene into a jellyfish to make it glow from the comfort of their kitchen table.50 Another CRISPR kit allows purchasers to make genome edits in bacteria that can reproduce for 159 USD.51 A third “molecular biology and genetic engineering” starter kit costs less than 170 USD.52

Decentralization This includes the ability to create food and engineer meat without the need for arable land.54 Lab-grown meat—cells that develop to produce muscle cells and cultured meat in a monitored environment—could be a game changer in decentralizing multiple industries from farming to shipping…

Reliance on Data This defeats the first two selling points because it’s the Corporatocracy which has full control of the data, and not the people it is selling the idea to.

Gone are the republics in the service of the people that made them. It should be clear by now that no government can protect the people from the insatiable greed of the corporate overlords and their masters.

Government officials, elected or otherwise, are grossly unqualified to understand what’s about to happen due to their dependency towards the Men of Science, who are already conscripted to the corporate established science clubs with perks, plaques and pedophiliacs.

In that setup, the government officials can easily wash their hands of any culpability from their willful complacency in their sworn duties to protect and uphold the interests of the people.

What we have are Corporate States in the service of the bloodlines and emerging big tech oligarchs who are exploring new ways of establishing full spectrum dominance. What this small clique is doing is to capitalize on their grossly successful COVID19 globalist coup and establish a biologically built-in system of totalitarian control that defeats any future lawful measures against their unwarranted power.

What could possibly go wrong if we give all these powers to the Corporate Deep State by submitting ourselves without question, like most of us are doing now with mRNA gene editing injections? What could be the future of our children when this is all fully operational?

The irony of limited intelligence is that when it reaches its peak level of satisfaction, it will seek after the destruction of man itself because it has nowhere else to go. Being able to mess around with people’s lives is the greatest aphrodisiac these sociopaths can have.

There was never any need to enhance the physical nature of our body through digitization. All it takes to improve the quality of life is to release all of the longevity technologies that are long suppressed by Big Pharma and greedy bureaucrats, in the last 120 years.

It is therefore our task to do something within the ambit of our skill sets to neutralize these sinister plans before they go fully operational. It may not be in all cases that the science is bad, but surely the people implementing and controlling it for their own advantage are.

7 thoughts on “Biodigital Convergence: The Deep State’s Plan to Tie Everyone to the AI Control Grid Physically”