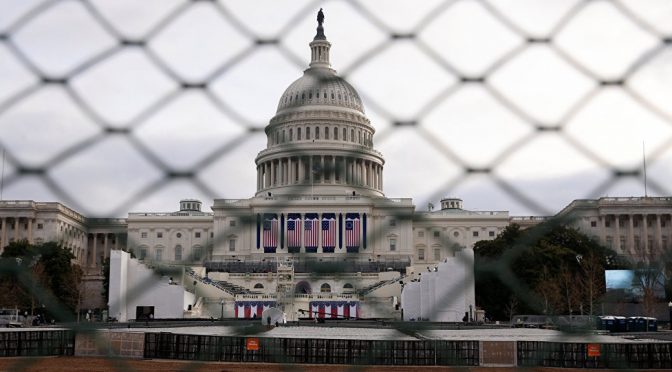 The top pharmaceutical lobbyist in the 2020 elections was Pharmaceutical Research and Manufacturers of America (PhRMA), which spent $25.9 million at the state and federal level.

Big Pharma targets bipartisan lawmakers in influential positions who can affect decisions that affect the industry. Once elected, they are tempted with lucrative job promises after leaving office, known as the “revolving door”.

The industry has benefited from a public opinion reversal during the pandemic, moving from criticism over drug prices in early 2019 to becoming popular again in the vaccine effort.

Although the cost of drugs is not the center of media attention, Big Pharma has not lowered prices and continues to push for higher revenue.

Lobbyists are professional advocates whose job it is to influence political decisions. According to the law, a lobbyist cannot pay a politician directly to secure a vote. However, the industry has found several ways of working around this restriction. One way is to organize a fundraiser for the candidate they want to influence.1

The fundraiser helps support the candidate’s reelection and term in office and the lobbyist can talk with a candidate about their legislative concerns. Lobbyists can spend big money to influence decisions that ultimately yield much more money.

For example, one yearlong analysis by the Sunlight Foundation2 found that for every dollar spent influencing politicians, corporations received $760 from the government. This is a 76,000% return on their investment. The Sunlight Foundation examined 14 million records to reach this result. According to the Foundation, in 2010 the U.S. Supreme Court suggested that political donors do not receive anything in return for their donations.3

In the landmark Citizens United v. Federal Election Commission decision, the justices wrote that corporate money spent on federal elections “do[es] not give rise to corruption or the appearance of corruption.”4 STAT analyzed data gathered in 2020 and discovered many health care decisions are in the hands of pharmaceutical companies that are making big bucks.

Your Health Care Decision in the Hands of Big Pharma

In a series titled “Prescription Politics,” STAT5 analyzed lobbyist expenditures in the 2020 elections at the state and federal levels. The data showed that the top pharmaceutical lobbyist in 2020 was Pharmaceutical Research and Manufacturers of America (PhRMA). They earned this spot having spent $25.9 million on lobbying efforts.6

Going back for a minute to the research from the Sunlight Foundation, if their estimation holds true and you do the math, the $25.9 million investment by PhRMA may ultimately net the industry $19.6 billion. One area where many states have fought the pharmaceutical industry is over the high price of drugs.

Lawmakers in Oregon have tried several strategies to lower drug prices and nearly every proposal has failed. When STAT looked at campaign contributions, they found two-thirds of the state legislature in Oregon had cashed at least one contribution check from the drug industry.

During the 2020 election campaign, the pharmaceutical industry wrote 10,000 checks that totaled more than $9 million. The STAT analysis found in 2019 and 2020, 2,467 state legislators nationwide had used Big Pharma cash to support their campaigns.

While many of the state campaign contributions were relatively small, other state and federal lawmakers cashed much larger checks as the industry focused on donating to legislators in key positions:8,9

These are just a few of the state and federal legislators who are taking money from the drug industry to fund their campaigns, which gives the industry a front row seat to influence the lawmaker. Constance Bagley, consultant and former Yale professor, spoke with STAT about campaign contributions, saying:16

The analysis of the state and federal campaign contributions from the pharmaceutical industry shows the industry takes a bipartisan approach to influencing legislators. In other words, it is not an ideology the industry supports, but rather their own bottom line.

In the federal elections, STAT found that taking drug money increased the potential the candidates would be elected.19 Once elected, the drug industry and lobbyists continue to extend perks to the legislators by offering them lucrative jobs once they leave office, which has become known as the “revolving door.”

This encourages the lawmakers to protect the best interest of their future employers, the lobbyists who are representing the pharmaceutical industry. Former lobbyist and author Jack Abramoff was convicted on felony charges for fraud and conspiracy as a lobbyist and “became a symbol of the excesses of Washington influence peddling.”20

When interviewed by Lesley Stahl in 2011, he characterized lobbyists’ relationships with lawmakers this way:21

“When we would become friendly with an office and they were important to us, and the chief of staff was a competent person, I would say or my staff would say to him or her at some point, ‘You know, when you’re done working on the Hill, we’d very much like you to consider coming to work for us.’

State campaign finance laws differ across the U.S. In some cases, corporations can donate directly to lawmakers and in other states there are no contribution limits. Maribeth Guarino, a health care advocate for the nonprofit Oregon State Public Interest Research Group, talked about the fight in Oregon to lower prescription prices, saying:22

“Pharma is fighting us hard in any way that they can: By campaign contributions, by lobbying, whatever angle they can get to gain a foothold. Oregon has no contribution limits for campaigns. Pharmaceutical companies can spend as much as they think it’ll take to win.”

In some states it is illegal for industries, businesses and corporations to donate directly to candidates. However, that has not stopped the industry from finding a legal loophole that allows them to continue to influence candidates. Companies form political action committees (PACs) to raise and spend money that influences elections.

According to STAT, these PACs are often funded by contributions from industry executive and corporate leadership. In their analysis of the data, they found that legislators could directly receive campaign contributions from a PAC, and they could also be funneled through the legislators’ separate PAC campaign group.

This allows the industry to donate twice to the legislature — individually and through their PAC. While legislators may create their own PAC, others, like the Blue Dog PAC,24 are affiliated with a group of legislators and are not directly linked to an individual member of Congress.

STAT found that the Pfizer drug company used its PAC to write 1,048 checks in 43 states to lawmakers and candidates.25 A spokesperson from Pfizer said in a statement that the donations are:26

“… part of our overall efforts to advance public policies that support the health needs of the patients we serve. Even during our important work for the development of a safe and effective Covid-19 vaccine, we remained laser-focused on advocating for state laws that support scientific innovation and lower out-of-pocket costs.”

PhRMA wrote fewer checks but spent more money than any other drug industry group, totaling $1.58 million.27 A spokesperson for PhRMA talked about the breadth and depth of the group’s involvement in state and federal legislatures in a statement, commenting they were monitoring 220 bills in Washington and 200 state proposals in 44 states. Each of these bills had an impact on biopharma companies.

In early 2019, the pharmaceutical industry was faced with criticism over drug prices and lobbyists were fighting a wave of bills that sought to cap prices or add transparency requirements.

This changed in 2020 when major drug makers developed a COVID-19 vaccine in record time for which they are not held responsible for related adverse effects or death.28 Guarino commented on the orchestrated reversal in public opinion:29

“They’ve become very popular in the last year because of their efforts to create and develop and deliver vaccines. But when it comes to cost, the public is still frustrated, still paying out of pocket, still hurting.”

One example of the high drug prices during the pandemic is remdesivir. This antiviral drug was initially evaluated in 2014 for the Ebola outbreak.30 It cost taxpayers $70.5 million, and that number may be higher.31 After disappointing results for Ebola, it was brought out again in the early months of 2020 for the COVID-19 pandemic.

Despite initial estimates showing the cost to produce a finished product was $10,32 drugmaker Gilead charges the government $2,340 and private insurers $3,120.33 The estimate to produce remdesivir was made by The Institute for Clinical and Economic Review (ICER).34

ICER revised this cost range to between $10 and $600 for a 10-day course after three producers in Bangladesh and India reported developing the drug in a price range of $590 to $710 for a 10-day course. You’ll find more about Remdesivir and the pricing model in “Remdesivir Is a Scam Like Tamiflu.”

As I wrote in “Just How Powerful Is Big Pharma?” the Wellcome Trust has been a major player in the COVID-19 pandemic and is part of the technocratic globalist network. Wellcome is the largest charity in the U.K. that funds “innovative biomedical research.”35

The director, Jeremy Farrar, holds a position in the U.K. Scientific Advisory Group for Emergencies and a board seat with the Coalition for Epidemic Preparedness Innovations, which gave $1 billion to COVID-19 vaccine development.

Wellcome is heavily invested in companies manufacturing the vaccine and reported gains of $4.5 billion from investments in 2020, which the BMJ notes36 is “three times more money than the trust gave away in charity.”

The cost of the vaccine to the government has also been called into question. Thus far, the price has been set by government contracts since only governments have been purchasing the COVID-19 vaccine. However, as has been pointed out, different countries pay different prices.37

For example, South Africa paid more than twice the price per dose paid by the European Union and the EU is paying less for the Pfizer/BioNTech vaccine than the U.S.

Drug companies are playing a long game, looking beyond the current pandemic response and anticipating the vaccine will be as routine as the flu vaccination. A journalist from Managed Healthcare Executive reports Pfizer’s CFO Frank D’Amelio spoke at an earnings call in February 2021, saying:38

“Now let’s go beyond a pandemic-pricing environment, the environment we’re currently in. Obviously, we’re going to get more on price.

And clearly, to your point, the more volume we put through our factories, the lower unit cost will become. So clearly, there’s a significant opportunity for those margins to improve once we get beyond the pandemic environment that we’re in.”

1 Represent Us, 5 Crazy Facts About Lobbyists