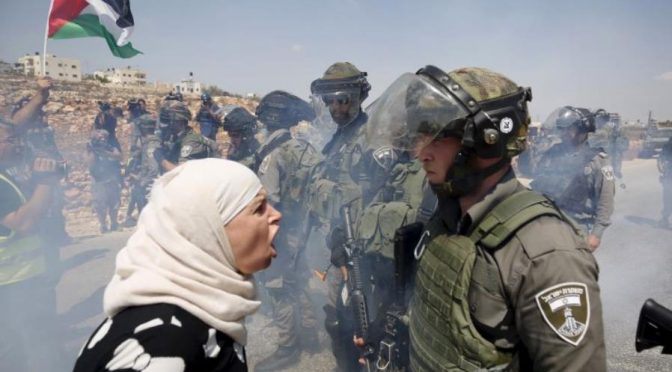 After the most recent Gaza war I was asked to make a presentation to a local service club concerning events in Israel and the Middle East.  The presentation started with an introduction of the current global situation, a broad brush covering the U.S. empire, its petrodollar, and the new multipolar geopolitical world.  From there, it covered the history that made it so, starting from events of World War I and the clash of global empires.

During the question period following the presentation, a question was posed about the “right of conquest” pertaining to the World Wars as well as to Israel’s ‘conquest’ of part of the former British Mandate of Palestine.   This struck me as peculiar – it was not an argument I had heard directly applied in support of Israel.

There are many problems with espousing a “right of conquest” doctrine.  My initial rebuttal concerned the idea that yes, the doctrine existed but only as a rhetorical adjunct to imperial conquests and colonial settler societies; and further that the subject indigenous populations would not accept such a doctrine and sit down quietly and amicably acquiesce to being dominated by a foreign entity, or in current terms “get over it.”

The return argument was that “times were different then,” referring to World War I and the conquest of the Ottoman empire followed by the creation of the British and French Mandates in Palestine and Syria/Lebanon respectively, as well as referring to the Jewish ‘conquest’ of Palestine after the British left.   Yes, times were different, but a “right of conquest” regardless of the era is at its core a racist doctrine.

Essentially the “right of conquest” doctrine was and is promulgated by empires and military victors, not by a conquered populace. [1]  It has always been a rhetorical propaganda argument used to create a kind of self serving victimhood:  why are we being attacked by these savage amoral ingrates we have conquered?

Yet within the doctrine itself lies the seeds of opposition, insurgence, and asymmetrical resistance.  The doctrine essentially says that “might is right”.  It is simple really:  if violence can be used to validate a conquest of another population (among others, the ancient Chinese and feudal European “divine will”) then it becomes valid to oppose that conquest through military resistance in hopes that the subjugated population, the indigenous people, will earn through ‘conquest’ the right of conquest to rule themselves.

The latter part is the crux of the statement.  Local indigenous populations simply want to be left alone to get on with their lives; they do not want to be subjugated by foreigners with new laws who wish to extract the resources and riches of a country for themselves.  They want peace, a peace based on their long standing traditions and cultural practices (ranging from agriculture to religion) and not imposed through the force of others.

It is part of international law as expressed by many UN documents that occupied people have the right to resist occupation.  It is interesting with international law that its “customary” usage and understanding is what counts:  in other words, what the simplest explanation is and what the simplest common sense understanding is.  In the case of Israel/Palestine, the Palestinians under international law have a right to resist – and at the same time there is nothing in customary law that says any state has a right to exist, it does so on the recognition of other countries.

As far as “times being different” back then, yes, they were.  But the essential racist element of the doctrine has always been present.  The European empires pre-World War I were all supportive of this doctrine as it obviously argued that “might is right”.  It was not a valid doctrine then – and while it is not a doctrine used in modern times, its essence remains in the highly militarized structures of the U.S. empire and Israel’s conquest of Palestine.

[1] The Christian Doctrine of Discovery is a particularly racist European appendix to the Right of Conquest. The original source of this article is Global Research Copyright © Jim Miles, Global Research, 2021

One thought on “Right Of Conquest – A Racist Doctrine”