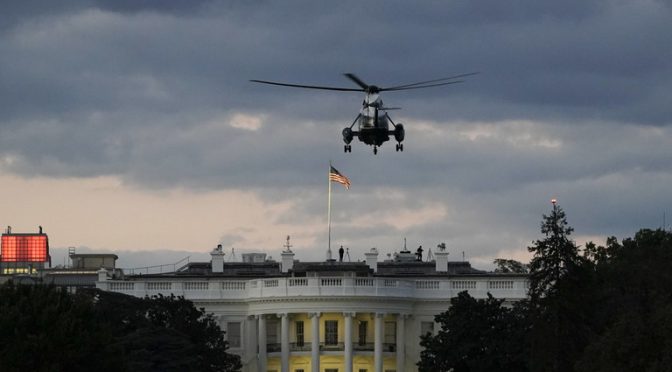 Reminiscent of the US airlift out of Saigon during the Vietnam War, this week’s evacuation of the US embassy in Kabul portends bad times for the United States, which is beleaguered by much more than just military dysfunction.

By their very definition, ‘iconic’ photographs, like a bolt of lightning out of a clear blue sky, are not really supposed to ever occur twice. Iconic photographs – like the one showing Neil Armstrong taking the first step on the lunar surface, or the naked girl fleeing a napalm bombing during the Vietnam War – are unique in that they capture the ‘spirit’ of a generation or period of time, the so-called zeitgeist.

Last week, the world was treated to an ‘iconic’ Kodak moment, as photographers captured stark images of Chinook helicopters buzzing the US embassy in the Afghan capital, where they airlifted personnel out of dodge ahead of a tenacious Taliban advance. And just like that, America’s 20-year military adventure in Afghanistan, originally planned to destroy Osama bin Laden and his al-Qaeda franchise, crumbled like a stale cookie before lunchtime.

Who loses their job at the Pentagon tomorrow?

Who loses their job in Langley tomorrow?

Who loses their job on the National Security Council tomorrow?

A person needn’t be a history buff to experience a sense of déjà vu from watching those incredible images out of Kabul. Most people recall vivid images of the day – April 30, 1975 to be exact – when the Viet Cong captured Saigon, forcing the US military to conduct a massive airlift operation from the roof of the US embassy.

The US military’s humiliating defeat rammed home the point that firepower alone is not enough to destroy an enemy; according to Oliver Stone and Peter Kuznick, in their book, The Untold History of the United States, American forces “had dropped more bombs on tiny Vietnam than had been dropped by all sides in all previous wars throughout history – three times as many explosives as were dropped by all sides in World War II.”

The horrors of warfare aside, another question that needs to be addressed is: ‘What now for the US superpower?’ Will future historians point to America’s disastrous defeat in Afghanistan, for there really is no other way to describe it, as the main reason for its decline and ultimate destruction? After all, according to some historians the collapse of the Soviet Union was put in motion by its own lengthy Afghan War (1979-1989).

The theory is a tempting one, considering that, just two years after the Soviets called it quits in Afghanistan, the Soviet Union had been relegated to the ash heap of history. Only an individual fully immersed in the myth of American ‘exceptionalism’ would refuse to believe that such a catastrophic collapse could equally befall the United States, which, incidentally, spent some $2 trillion only to score an own-goal against the undefeated ‘graveyard of empires.’

Even without the ignominy of a momentous military defeat, however, things are looking bad in the land of liberty.

Indeed, not since the days of the Civil War has America appeared so dangerously fractured and unsustainable as a viable and united polity. Amid a climate of bitter partisan acrimony, talk of secession is rife as Democrats and Republicans, no longer fighting the predictable political battles of yesteryear (mostly centered on taxes), find it almost impossible to live peacefully together under a single roof.

The shocking victory of Donald Trump in the 2016 presidential election against the inveterate Washington insider, Hillary Clinton, marks the moment when America, and especially on the left side of its political brain, really lost its mind. In the course of Trump’s one term in office, a handful of young radical progressives, the so-called ‘Squad’ led by the socialist Alexandria Ocasio-Cortez (AOC), somehow managed to grab a vast amount of power inside of the fiercely elitist Democratic Party. The explosive rise of these four women of color remains a great mystery, one worthy of further investigation, and impossible to imagine without massive media support, together with a helping hand from the regular ‘philanthropic’ suspects.

Although the woke social justice movement has been quietly laying the groundwork for an American cultural revolution for many years, the election of Joe Biden, in cahoots with AOC and company, was the watershed moment when the US really went to war with itself. And this is a battle for the hearts and minds of American citizens that may eventually prove far costlier than both the Vietnam and Afghanistan adventures combined. The self-flagellation that has come to be a ritualistic part of this woke ideology has spread through every part of American society, including the ranks of the US military.

Just weeks before the fall of Kabul, the US military was busy discussing – any guesses? – yes, how to recruit members of Generation Z by applying virtue-signaling advertising techniques. And, as befitting a generation that is being indoctrinated on a steady diet of anti-white critical race theory, LGBTQ lifestyles, and the inherent dangers of ‘toxic masculinity,’ among other unproven concepts, it is no wonder that the US Army was forced to rely on an animated recruitment ad that is a tone-deaf parody of American culture at large.

On top of that, at the very same time the Taliban, which has very little interest in virtue-signaling, by the way, was making inroads towards Kabul, befuddled and muddled Joe Biden found it necessary to coddle the lunatic fringe of his party by overturning the US military’s transgender ban. Exactly what the United States needs to win more battles!

Aside from creating mass confusion inside of the military ranks, already divided over a Covid vaccine mandate, these woke experiments have created a deep chasm straight down the middle of American society that will only intensify over time. In fact, it is no exaggeration to say that the clock is ticking on the great American experiment in democracy; two radically different people, separated by intractable issues that the media is only too happy to inflame every single day, must naturally reach a breaking point.

Will the third ‘iconic’ photo of helicopters airlifting people to safety occur not in some foreign capital, but inside of the US? The protest of January 6, which saw disgruntled members of the political right storm the Capitol building where the question of possible election fraud was scheduled to be heard, proves that this is no unfounded prospect.

Military aggression is coming full circle in the land of the free, and the only question that remains, it seems, is who will stay and who will go.

Robert Bridge is an American writer and journalist. He is the author of ‘Midnight in the American Empire,’ How Corporations and Their Political Servants are Destroying the American Dream. @Robert_Bridge