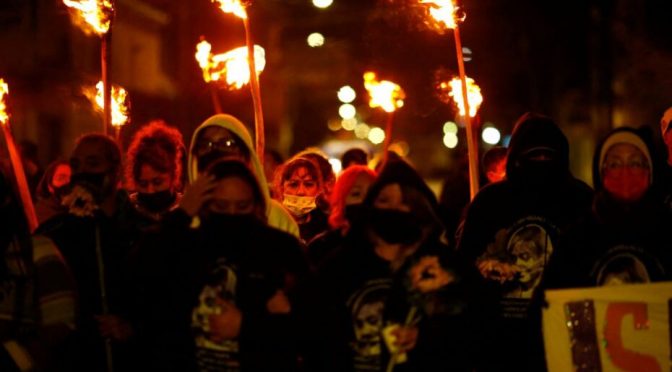 Imagine for a moment if Hollywood, the mainstream media and the three-letter federal agencies spent as much time and cash in the war against pedophiles as they do in their perennial propaganda war against Russia.

While the Western media hyperventilates over its own phony news of ‘Russian aggression’ and imminent invasions, the Kremlin has quietly turned its sights on an altogether different target: pedophilia.

Imagine for a moment if Hollywood, the mainstream media and the three-letter federal agencies spent as much time and cash in the war against pedophiles as they do in their perennial propaganda war against Russia. At the very least, the West would be fighting a real enemy and not one that has been concocted at some cluttered cubicle inside of the Ministry of Truth. Thus, it’s up to Russia, the global spiritual superpower of last resort, to fight this worthy battle mostly alone.

Last week, when many Western governments were trampling on the civil rights of their subjects due to a viral strain with a better than 99 percent survival rate, Russian lawmakers adopted – and without excessive fanfare and fainting spells – Law #1248305-7 that imposes life imprisonment for “crimes against the sexual integrity of minors.”

The document extends the maximum penalty of life imprisonment for pedophiles. Currently in Russia, repeat child molesters who have previously been convicted of violating a child under the age of 14 faces a life sentence. According to the updated legislation, which heads to the Kremlin next month for President Putin’s signature, a repeat offender found guilty of assaulting a minor above the age of 14 could receive a life sentence.

The Duma’s efforts to broaden the fight against pedophilia comes at a time when the world is struggling against a Western invasion of ‘progressive’ thought that is totally at odds with what defines a healthy and sane state. That is not to suggest that homegrown sexual deviants do not exist in Russia, or that Russia drafted these laws specifically with questionable Western values in mind. Nevertheless, Russia is fully aware of the radical progressive tendencies that have begun devouring Western capitals. And as most people can appreciate, ideas have no respect – especially in the age of the internet – for national borders, nor do they require passports.

Outside BBC right now a man is trying to smash up Eric Gill statue while another man live streams talking about paedophiles. Gill’s horrific crimes are well known. But is this the way? pic.twitter.com/IzFUBIJfwT

In the not-so-distant past, most people – at least among the mentally stable – would agree that pedophilia is a crime of the highest magnitude against society’s most vulnerable members. Nowadays, such a statement of ‘certainty’ finds no shortage of cynical detractors.

Although the Western world has not come out and pledged its allegiance to child molesters, or added a ‘P’ to the LGBTQ+ parade, there are some unmistakable signs that such a day is just over the horizon. Already we’ve crossed several Rubicons that were previously unimaginable.

As things stand, public libraries are proudly hosting (taxpayer funded) Drag Queen Story Hours; a 13-year-old transgender boy named ‘Desmond is Amazing’ is touted in the media as the ideal role model for children; and medical practitioners are strongly discouraged from challenging those children who say they want to ‘transition’ to the opposite sex, a decision involving hormones and surgical procedures that many people go on to regret later in life.

Whether intentional or not, the Western establishment is slowly conditioning people to accept the notion that very young children can make critical life decisions for themselves – up to and including what sex they may identify as (an incredibly complicated and unproven concept that is oftentimes planted in young and impressionable minds courtesy of social media). That’s not a very far leap from arguing that children should also reserve the right to decide at what age it is appropriate for them to enter into sexual relations, and with whomever they want. In other words, there is no longer any need for parental guidance, it is believed, in this bizarre new world order. The mainstream media, Hollywood, public schools and social media have taken over the shop.

This slow-drip indoctrination process has been gathering momentum for a long time in various publications. In 2017, for example, BBC ran with an article entitled, ‘Paedophiles need help, not condemnation – I should know.’ Here the reader is introduced to an anonymous 60-something male who opens his confessional by proclaiming: “It’s a long time since I’ve described myself as a paedophile. Paedophilia is a disorder, a deeply distressing sexual orientation. For me, it’s triggered by traumatic experiences in childhood.”

To me (and probably anyone who has been watching) this is nothing more than the first step of trying to normalize this kind of behavior. 🤬🤬🤬 https://t.co/aiI77pxGri

Did you catch it? The author has said that pedophilia, as opposed to being a mental affliction, is yet another harmless “sexual orientation.” Just so we’re all on the same page, the World Health Organization (still) lists pedophilia under the category of ‘Disorders of Sexual Preference.’ Yet that has not stopped people who should know better from turning the tide against common sense.

Just this month, USA Today published an article entitled, ‘What the public keeps getting wrong about pedophilia’ where the boneheaded argument was made that a “pedophile is an adult who is sexually attracted to children, but not all pedophiles abuse kids, and some people who sexually abuse kids are not pedophiles.”

Thankfully, the author did not attempt to explain exactly who or what child molesters are thought to be, but it’s probably safe to guess, considering the state of the modern liberal mindset, they’d fall somewhere on the spectrum between ‘victim’ and ‘martyr’.

In any case, it is clear where this game of linguistic gymnastics of turning predators into victims is heading. The world must stand firm with Russia at this great turning point in history and demonstrate its intolerance to the ongoing effort to normalize the most egregious crime of them all. Children deserve nothing less than society’s pledge of full protection.

One thought on “As the West Normalizes Moral Depravity, Russia Moves Against Pedophiles”