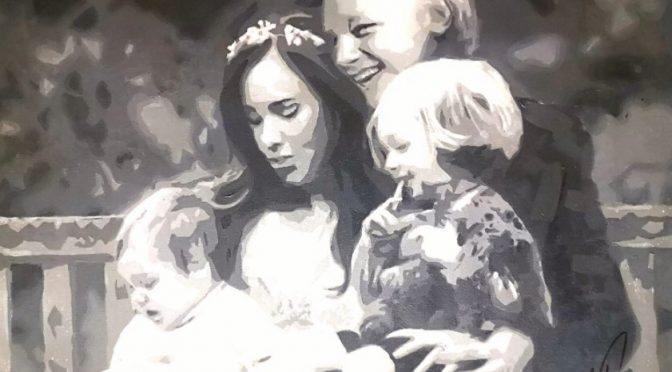 Worried about a backlash over Julian Assange during its lavish 2019 “Media Freedom” event, emails show the Foreign Office monitored activity online, developed ‘lines to take’ and warned ‘we should be ready’.

In July 2019, the U.K. co-hosted a Global Conference for Media Freedom, a first-of-its-kind event where 50 countries gathered to form a Media Freedom Coalition.

Costing £2.4 million, the event was hailed as “a major milestone” in the U.K. government’s “campaign to protect journalists doing their job.”

The conference was held just months after WikiLeaks editor Julian Assange was dragged out of the Ecuadorian embassy in London.

He was transferred to Belmarsh prison, “the closest comparison in the United Kingdom to Guantánamo,” as a U.K. parliamentary report has described it.

Addressing the media conference, then foreign secretary Jeremy Hunt declared: “If we act together, we can shine a spotlight on abuses and impose a diplomatic price on those who would harm journalists or lock them up for doing their jobs.”

‘We Should Be Ready’

After Hunt announced plans for the conference in February 2019, one official complained about “a few individual crazy responses to the FS’ [Foreign Secretary’s] tweet.”

By June, officials were requesting “Lines to Take on how best to respond to questions we expect to be raised on this occasion about the U.K. handling of the case of Julian Assange.”

In particular, “Icelandic criticism of U.K. handling of [the] Assange case” was seen to be “affecting messaging on media freedom.”

This email was likely related to former Icelandic Interior Minister Ögmundur Jónasson, who had asserted in June that the Assange case put “the British justice system…on trial.”

“Our current approach is
right and we shouldn’t engage”

On July 8, two days before the conference began, an unnamed official wrote about “a ramp up in activity by Assange campaigners.”

One cause for concern was Assange’s mother Christine, who had “joined calls for a tweetstorm during the conference,” as well as “accounts [which] are small scale or are run by active trolls and provocateurs.”

The official outlined rules for engagement, noting “our current approach is right and we shouldn’t engage…However, we should be ready. I’m keen that we agree ahead of time how and when our approach would evolve.”

In an email with the subject line “Media Freedom Conference – online register of interest form”, one official even questioned: “what if someone like Assange applied to attend?”

‘No communications strategy
can make this go away’

According to a recent academic study, Julian Assange “was by far the most frequently discussed individual on Twitter” with regards to the Media Freedom Coalition.

“Numerous tweets highlighted the apparent irony that the U.K. was establishing and leading an international initiative on media freedom, while simultaneously undermining free media…in their handling of Assange”, the researchers found.

Since 2019, the U.K. has nonetheless continued to use the Global Conference for Media Freedom as a vehicle through which to claim it supports press freedom.

Rebecca Vincent, the Director of International Campaigns for Reporters Without Borders (RSF), commented:

“It is disappointing that rather than looking to address the very serious substantive concerns about the case of Julian Assange, the U.K. Foreign Office seems to have treated the matter as only a public relations inconvenience as it prepared to host the Global Media Freedom Conference and launch the Media Freedom Coalition.

“But the truth is that no communications strategy can make this go away. As long as Assange remains detained in the U.K. and as long as the U.S. continues to seek his extradition and prosecution for publishing information in the public interest, this case will serve as a thorn in the sides of both governments and the Media Freedom Coalition itself.”

She added: “They should instead lead by example by dropping the charges, releasing Assange, and putting an end to his persecution once and for all.”

John McEvoy is an independent journalist who has written for International History Review, The Canary, Tribune Magazine, Jacobin, and Brasil Wire. This article is from Declassified U.K., an investigative journalism organisation that covers the U.K.’s role in the world. Follow Declassified on Twitter, Facebook and YouTube. Sign up to receive Declassified’s monthly newsletter here.

Former British diplomat Craig Murray, a journalist and a photographer have been told they cannot attend Julian Assange’s wedding in Belmarsh Prison today.

Craig Murray, the former British ambassador and close friend of Julian Assange, as well as a photographer and a journalist have been barred from attending Assange’s wedding today at Belmarsh Prison, according to Assange’s fiancee Stella Moris.

I have the huge honour of being invited by Julian and Stella as one of the six people allowed to attend their wonderful wedding in Belmarsh prison today.

But Julian has now been told I will not be allowed in as my presence would "endanger the security of the prison"!!!#Assange

“I plainly have superpowers, but this spite and viciousness even on their wedding day is absolutely typical of the cruel yet pathetic British authorities. But it most certainly will not spoil the day; we already knew what they are and nothing has changed. The defiant wedding of Julian and Stella today, in the face of a possible 175 years in a US jail for publishing the facts of US war crimes, is a triumph for love, a triumph for hope and a triumph for truth. Let us celebrate!!”

The British establishment seems to have a special hatred for Murray because he was once one of them, an ambassador who has turned into an Establishment critic. He blew the whistle on U.K.-condoned torture in Uzbekistan, where he represented Britain, accused the Scottish first minister of interfering in a trial against her predecessor and has staunchly supported Assange, an enemy of the state.

Assange’s wedding is taking place at 1 pm GMT, 9 am EDT. Initially the Ministry of Justice refused to allow the couple to be married in the prison. Assange and Morris had to sue the ministry, which finally relented.

Writing in The Guardian on Wednesday, Moris said:

Belmarsh regularly permits photography. Tommy Robinson and other convicted prisoners were allowed to be interviewed on camera when ITV filmed inside Belmarsh prison. But for Julian, who isn’t even serving a sentence, there appear to be a different set of rules. What are they so afraid of?

I am convinced that they fear that people will see Julian as a human being. Not a name, but a person. Their fear reveals that they want Julian to remain invisible to the public at all costs, even on his wedding day, and especially on his wedding day. For him to disappear from public consciousness. …

The way he is being treated is cruel and inhuman, and the public doesn’t like it. So the authorities hide it from the public.

Julian is being turned into prisoner X, an abstraction that is neither seen nor heard, and therefore nonexistent. Julian is being disappeared because his imprisonment is a national disgrace, an embarrassment for the British state, and a vicious, authoritarian move.

The logic of disappearing a person in the hope that they will be forgotten is what Soviet Russia did. But it’s too late to hide what is being done to him.”

The birds are singing, the sun is shining & it’s beautiful for Stella & Julian #Assange today

So many around the world are sending love & solidarity to the family of the defining political prisoner of our lifetime.