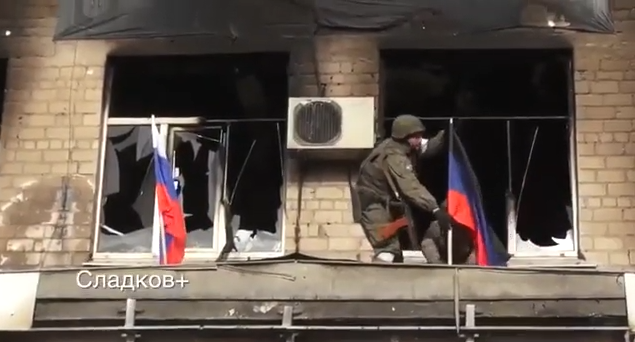 Russian troops are reported to have taken full control of Mariupol and have arrested members of the Asov Battalion, some of which were paraded to a jeering crowd.

In the video below, Russian troops planted flags to signify that a section of the city has been freed from the Nazis who had been subjecting the locals to unimaginable terror, and discrimination of their language and culture, on top of being neglected through the deliberate non-delivery of government services.

Videos about the liberation is slow in coming because the mainstream media is covering it, and compounded with the deliberate censorship online.

During the denazification operation of Mariupol, the Asov Battalion resorted to holding civilians hostage in order to shield themselves from Russian missiles and bullets, effectively prolonging the agony of the residents of the city.

It’s good to see these smiling children after a contingent from the Chechen National Guards were able to free them from the Nazi occupied residential buildings in the area.

The video shows how they are subjected to public ridicule, as appropriate, like all Nazis.

Death to Hitler and Bandera. pic.twitter.com/B9PSVO4WDA

This is a mentally unstable and violent Ukrainian neo-Nazi, Maksim Yarosh, assaulting Roma women in Kiev. He is known for several acts of public violence. He has collaborated with US funded/trained Nazi regiment Azov whose largest stronghold is in Mariupol. 🇺🇦 pic.twitter.com/CTt2QkH38Y

Here’s one Nazi descendant who’s not shy of asserting her proud Nazi roots… in the streets of America.

Across the liberated areas of Ukraine, people are celebrating…

The liberation of Mariupol was preceded by intense urban fighting…

Volodymyr Zelensky was elected in a landslide victory in 2019 on the promise of easing tensions with Russia and resolving the crisis in the breakaway republics in east Ukraine. He has made no attempt to keep his word on either issue.

Instead, he has greatly exacerbated Ukraine’s internal crisis while relentlessly provoking Russia, which forces the Russian military to embark on a denazification blitzkrieg and demilitarization campaign of the country.

One thought on “Liberation of Mariupol from Nazi Asov Battalion”