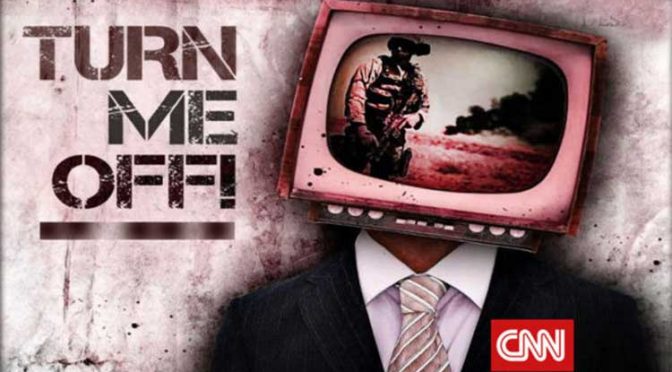 An increasingly large number of people now agree that information of all kinds in the countries of North America, Europe and their Pacific allies is deployed overwhelmingly to serve the interests of Western corporate oligarchs and the politicians who front for them.

Outlets including news media and NGOs, academic and scientific journals as well as international institutions have practically all been fully integrated now into the long standing, global psychological warfare offensive of the West’s ruling classes.

At home, they work relentlessly to control the perceptions and behavior of their countries’ populations. Overseas, they seek constantly to mobilize international opinion against countries like Russia and China, governments from Syria to Venezuela, political movements like Hezbollah, and even individuals, like Julian Assange, who resist them.

The main purpose of this vast psychological warfare apparatus is to create false beliefs which over time harden into false memories. The process consolidates ruling class control domestically while also facilitating their present and future crimes of aggression around the world.

Populations in the West are deliberately misinformed and misled by means of plausible misrepresentation, blatant distortion, systematic omission and downright lies. Categories of information such as journalism, academic and scientific research, investigation by NGOs or briefings from international institutions have all been deformed, distorted and devalued by their abuse so as to further the domestic and global interests of the Western oligarchies.

Since long before 20th Century public relations and psychology, the fundamental way to manipulate mass consciousness, from the Holy Inquisition to the enthronement of Science, has been to encourage submission to authority. The Milgram experiment is a notorious example, although, in one respect, itself a cause for optimism. Other more insidious means sow ruling class messaging among otherwise trusted contrary sources.

Concentrated corporate control of information and communications resources has made possible mutual constant universal reinforcement between all varieties of mass media and information outlets. Like magicians, governments and corporations understand very well that suppressing resistance depends on disappearing contrary information by every means possible, including censorship, mass distraction and sensory overload.

An apparently hardly noticed corollary of this systematic perversion of good faith reporting, research and investigation has been a collapse of rationality. In Western public life, it is now effectively forbidden to compare and contrast rival versions of events which contradict the general received wisdom propagated by Western government and corporate approved information outlets.

So political and intellectual argument in North America and Europe has become ever more narcissistic, self-serving and ultimately irrational. This applies also to supposedly progressive or even radical outlets which in their coverage of international affairs still depart from essentially neocolonial assumptions of Western superiority.

Over the last fifteen years or so a growing number of independent writers and reporters have sought to challenge the false information spread by well coordinated and concentrated corporate and government controlled networks of mutually reinforcing information outlets. This development has notably sharpened the relation between information and class.

All production and distribution of information involves some variety of reporting which, like any other human activity, can be good or bad. Reporting in general has always been an arena of competing interests and rationalities. But, even so, fundamental components of competent reporting have generally been held to include, among other things, recording first hand accounts of events, clearly sourcing those accounts, presenting trustworthy data and documentary evidence, offering provenance of those sources, acknowledging loyalties and bias while considering competing rival versions, making the reporting accessible and frankly submitting all this material to free and open scrutiny.

It is certainly debatable when contemporary reporting began its categorical collapse into the current gross, unrelenting pyschological warfare offensive by North American and European oligarchies against their own peoples and the majority world. However, the rapidly increasing numbers of independent reporting outlets signal the reality of that collapse and also help reveal its class nature, its class nuances and its irrationality.

The currently developing fierce efforts by the West’s ruling oligarchs to repress and censor independent reporting confirm the wholesale abandonment of rationality by Western societies and their leaders. A principal criterion for appraising rationality in an individual or a society is precisely their ability and self-confidence in making a case against rival arguments.

Attempts at outright censorship, or the many other kinds of arbitrary intellectual and cultural repression deployed, represent a failure to be able to reason effectively, to promote consensus or to accommodate legitimate dissent.

This collapse of reason and its accompanying deformation of self-confidence into dismissal and exclusion are self-evident in the routine reporting practice and editorial policies of the managers controlling academic and scientific production and the propaganda theater most people still like to call journalism, among the board members and staff of influential non governmental organizations, among the personnel of international institutions and also among the managerial class controlling artistic and cultural production.

Given the intense concentration of political and economic power among the Western oligarchs who have successfully conspired to control all these sectors, the resulting general unanimity of presuppositions among their respective subaltern intellectual and cultural managerial classes is as much to be expected as their complete lack of accountability. Anyone openly challenging or contradicting received wisdom is marginalized and ostracised in what is a truly authentic class warfare waged by North American and European oligarchs against their own peoples and the majority world.

In response, as a class phenomenon, the proliferation of independent reporting outlets reflects not just underlying genuine popular outrage at being permanently misled. It is also a correspondingly authentic, resilient grassroots challenge to the status quo.

Conventional liberal or social democrat opinion gauges the authenticity of independent reporting by the criteria of financial and/or editorial independence. But a low budget is no guarantee of integrity and a genuinely independent information outlet may or may not be ideologically aligned with a foreign political movement or government. Under contemporary conditions a more authentic criteria of reporting independence is the degree of legitimate defence of governments and peoples who are victims of the crimes of Western ruling elites.

Truly independent reporting takes this position while at the same time using conventional reporting norms to cover issues and events Western mainstream and alternative media obfuscate or conceal. Doing so necessarily endows genuinely independent reporting outlets, regardless of their political allegiances, with class characteristics by the very nature of their readiness to expose contradictions in accounts of events and issues produced by corporate capitalist information outlets.

Paradoxically or not, class solidarity with the victims of imperialist crimes becomes the principal criteria of reporting independence both in terms of what is reported and too how it is reported. For the moment, that means being in solidarity with the world’s peoples defending their basic rights against Western ruling class aggression.

This text was produced by Stephen Sefton with research by Lauren Smith and comments from others.

This article was originally published on Tortilla con Sal.

Author Stephen Sefton is a renowned author and political analyst based in northern Nicaragua, is actively involved in community development work focussing on education and health care. He is a Research Associate of the Centre for Research on Globalization (CRG).