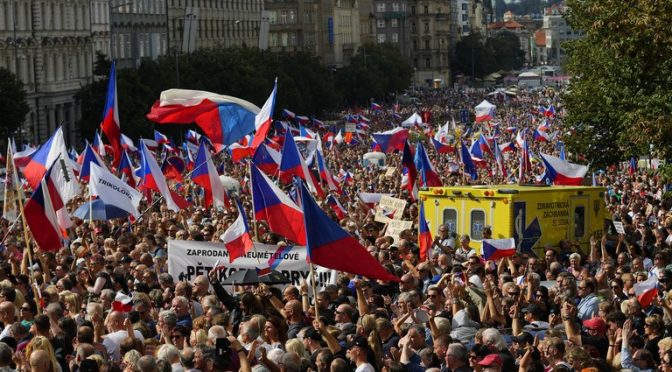 European energy companies are facing margin calls of a total of $1.5 trillion in the derivatives market and many would need policy support to cover them amid wild swings and skyrocketing gas and power prices, an executive at Norway’s energy major Equinor told Bloomberg on Tuesday. According to Helge Haugane, Equinor’s senior vice president for gas and power, the $1.5-trillion estimate is even “conservative”.

Liquidity at energy firms is drying up as many companies have started to struggle to meet their margin calls on the energy derivatives market.

“If the companies need to put up that much money, that means liquidity in the market dries up and this is not good for this part of the gas markets,” Equinor’s Haugane told Bloomberg.

Some countries in the EU have already decided to set up funds to avoid a collapse of their energy derivatives markets. Finland and Sweden put out plans this weekend to support their energy companies trading in the electricity derivatives markets, looking to avoid a “Lehman Brothers” event in their respective energy industries and financial systems.

“This has had the ingredients for a kind of a Lehman Brothers of energy industry,” Finland’s Minister of Economic Affairs, Mika Lintila, said on Sunday, as carried by Reuters, commenting on the energy crisis in Europe.

The crisis deepened after Russia said on Friday that the Nord Stream gas pipeline to Germany would remain closed indefinitely, and blamed on Monday the Western sanctions for this situation.

Finland discussed stabilization measures required in the electricity derivatives market, and a proposed central government scheme “is a last-resort financing option for companies that would otherwise be at risk of insolvency,” the Finnish government said in a statement on Sunday.

Finland will look to set up a loan and guarantee scheme of up to $9.92 billion (10 billion euro), under which the State may grant loans or guarantees to companies engaged in electricity production in Finland.

“The purpose of the measure is to prevent that the lack of liquidity could create risks for contagion to other parts of the financial system,” Sweden’s Finance Ministry said.

Josh Owens is the Content Director at Oilprice.com. An International Relations and Politics graduate from the University of Edinburgh, Josh specialized in Middle East and U.S. relations. He has written and curated oil, gas, and renewable energy content for oilprice.com for the last six years.