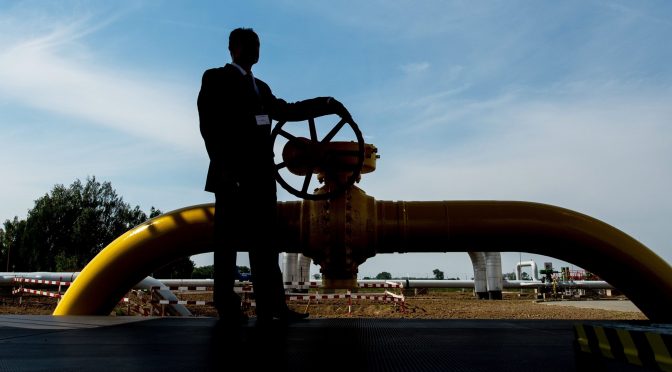 The leadership of the European Union has been hard at work these days, trying to find a lasting solution to an energy crisis that is worsening by the day. Yet the way they are approaching the solution is unlikely to produce any lasting results. And so far, it has been compared to a Ponzi scheme.

“One of the easiest policy levers if you will, is that you can pass a bill, appropriate money and give money to citizens to pay their electricity bills,” former Energy Secretary Dan Brouilette told CNBC this week.

He went on to agree when asked whether the approach could be compared to a Ponzi scheme. Yet the windfall tax and energy subsidies are only the beginning, it seems, and the final product might turn out to be much worse than a Ponzi scheme.

The Financial Times reported this week that the EU is seeking sweeping powers over businesses in member-states that would basically allow Brussels to tell these companies what to produce, how much of it, and whom to sell it to in times of a crisis. The definition of a crisis would be the prerogative of the same EU.

“We would be very concerned if this proposal was adopted in such an interventionist shape,” said Martynas Barysas, an executive for BusinessEurope, an employer association.

“It could oblige member states to override contract law, force companies to disclose commercially sensitive information, and share their stockpiled products or dictate their production under any type of crisis the commission decides upon,” he explained.

Another report, by Bloomberg, focused on direct energy market intervention measures that are being mulled over by Brussels. The report cited several bailouts that the governments of Germany, Sweden, and Finland had to resort to in order to avoid utilities going under because of the price crisis as the events that spurred the bloc into action.

The action itself, to be discussed at a Friday meeting of energy ministers, consists in capping Russian gas imports, temporarily capping the price of gas used in electricity generation and suspending power derivatives trading in a bid to boost liquidity on the troubled electricity market.

Natural gas prices in Europe have soared by some 400% over the past year. The crunch actually started this time last year and the Ukraine events from this year only served to severely aggravate an already bad situation.

For Dan Brouillette, president of Sempra Infrastructure, active in the LNG business, the solution is easy, though: Europe just needs to invest in more oil and gas dependency on the U.S. For Europe itself, replacing one dependency with another is hardly the best course of action, even if political relations with the U.S. are vastly different from relations with Russia.

“Home-grown” clean energy, as EC President Ursula von der Leyen called it last week, however, is also not a solution, for purely physical reasons. There are not enough raw materials in the world to make Europe 100% wind and solar reliant. And that’s without mentioning the global dependency on China’s rare earths and lithium processing capacity.

Europe has a difficult winter ahead to cope with. As attempts at coping become increasingly desperate before the first heating season bills start coming in, this desperation is driving into an increasingly interventionist direction. This has already prompted some to accuse the EU of being authoritarian and comparisons with the Soviet Union have appeared on social media.

People are already protesting European countries’ energy policies and there will be more protests as autumn advances to winter. Sadly, besides direct intervention on energy markets and “a Ponzi scheme” for households, European governments do not have many cards to play.

Irina Slav is a writer for Oilprice.com with over a decade of experience writing on the oil and gas industry.