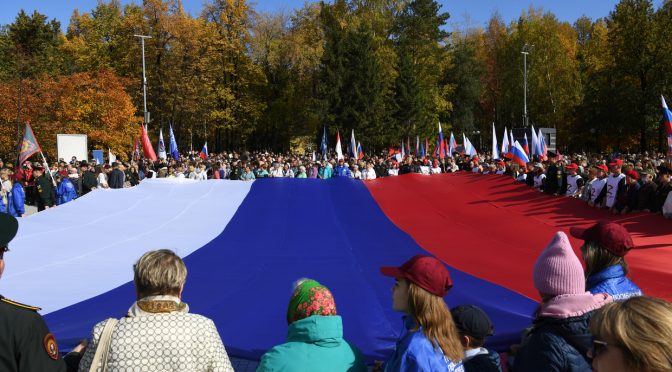 People have gathered across Russia in support of the referendums which will determine if the Donbass republics and the Russian-controlled territories of southern Ukraine officially join Russia.

Thousands have shown up in Moscow near the Kremlin, holding Russian flags, as well as flags of the country’s regions and political parties.

Celebrities, including actors and pop stars, are taking part in the ‘We Don’t Abandon Our Own’ event.

The organisers, the All-Russia People’s Front (ONF), said the gathering “reflects the aspirations of all Russians and will help express the support of Muscovites for the residents of the liberated territories.” Similar events were held in other cities.

The Donetsk and Lugansk People’s Republics (DPR and LPR), as well as Russian-controlled areas of Ukraine’s Zaporozhye and Kherson Regions, kicked off a five-day vote on Friday on joining Russia. These lands are predominantly Russian-speaking and have historical ties with Russia.

Ukraine, the US, and EU have rejected the referendum as a “sham,” vowing to ignore the results.

The DPR and LPR broke away from Ukraine shortly after the 2014 coup in Kiev. Moscow recognized them as independent states in February. Kherson Region, as well as large chunks of Zaporozhye Region, were seized by Russian troops after Moscow launched its military operation in the neighboring country.