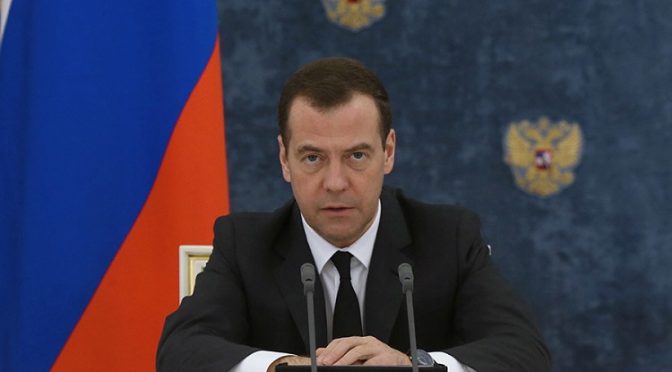 Trust has been broken for at least a generation by the US and its allies, who have cheated Russia, Dmitry Medvedev insisted.

Former Russian president Dmitry Medvedev has accused Western powers of lying, causing a rift that will remain for decades to come, and convincing Moscow that there is no sense in trying to reach an agreement with them.

Medevedev, who serves as deputy chair of the national Security Council, wrote in a keynote article on Sunday that the year 2022 has shattered illusions about the West, proving that its promises and principles cannot taken at face value.

“Alas, there is nobody in the West we could deal with about anything for any reason,” he wrote.

Medvedev went on to say that nations that claim global leadership deceived Russia when they claimed NATO expansion in Europe posed no threat to it. They again lied when they backed a peace roadmap for Ukraine, which in reality was meant to give Kiev time to prepare for an eventual armed conflict with Russia, he added. The conflict in Ukraine is a war against Russia by a proxy, which was long in the making, Medvedev claimed.

The behavior of Washington and others this year “is the last warning to all nations:

“There can be no business with the Anglo-Saxon world — it is a thief, a swindler, a card-sharp that could do anything.”

For Russia, there will be no restoration of normal relations with the West for years or even decades to come, Medvedev predicted.

“From now on we will do without them until a new generation of sensible politicians comes to power there. We will be careful and alert. We will develop relations with the rest of the world,” he wrote.

However, Medvedev argued that the loss of Western leadership could be a net positive, considering what he called the moral bankruptcy of the US-led neo-colonial order. Elites that caused the financial meltdown of 2008 and the ongoing global crisis are unable to claim global leadership, he wrote.

“The West is incapable of offering to the world any new ideas, which would take humanity forward, solve global problems, or provide collective security,” the former president insisted.

Medvedev expects that several regional blocs will emerge in the near future, each with its own values and rules, and that Russia will have its place in the new order.