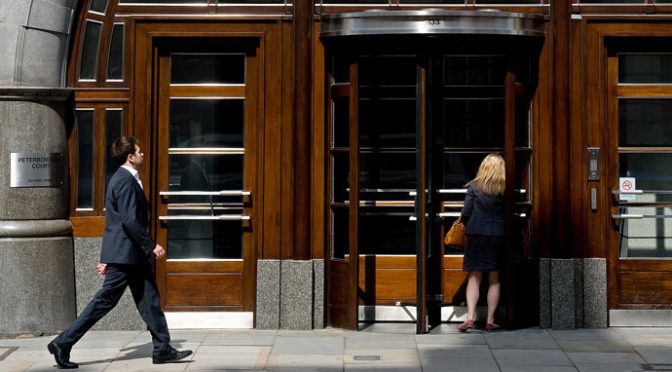 It’s not enough that they keep on printing worthless fiat paper money. It’s not enough that they manipulated interest rates through Libor. They still needed to rig even the auctions of US treasury bonds, the whole market in fact and for decades, the regulators just didn’t notice the broad daylight operations until now, would you believe that?
“Dealers including top American banks which control the $12.8 trillion US Treasury market rigged bond auctions for years, Bloomberg reports.

Citing a federal antitrust lawsuit, the financial data and news provider says the likes of Goldman Sachs, JPMorgan, and Morgan Stanley coordinated to manipulate Treasury auctions.
The 115-page lawsuit has been filed in Manhattan federal court by a number of law firms against 22 primary dealers “who serve as the backbone of Treasury trading”, Bloomberg said.
It comes as the US Justice Department probes whether information in the Treasury auction market is being shared improperly by financial institutions.
The US Treasury market helps set interest rates on everything from home mortgages to credit cards and is often described as the largest, most-liquid market in the world.
Earlier this year, Bloomberg revealed that US Treasury traders at some banks learned of customer demand hours before auctions, and were communicating with their counterparts at other firms via chat rooms as recently as last year.

The US Treasury initially sells bonds to primary dealers like Goldman Sachs, JPMorgan and Morgan Stanley who in turn sell them to clients, creating a secondary market for trading.
A probe into their practices found that more than two-thirds of a certain type of Treasury auction have been rigged from 2009 to 2015 while there were issues with other auctions, too.
“The only plausible explanation is that Defendants coordinated artificially to influence the results of the auctions in the primary market,” according to the lawsuit.
The dealers artificially boosted yields while lowering prices when auctions were initially issued before selling them at higher prices and correspondingly lower yields in the secondary markets, an analysis of their dealings found.
The analysis has been conducted by a New York University adjunct associate professor whose technique helped uncover rigging of the London interbank offer rate, or Libor which resulted in about $20 billion of fines.
According to Bloomberg, a similar lawsuit has been filed against Wall Street dealers who are accused of colluding to push prices artificially low at auctions, and to drive prices for when-issued securities to artificially high levels.”
PressTV

“No matter which way you measure it, they end up benefiting in ways that wouldn’t otherwise be possible in a liquid market of this size,” he said. The $12.8 trillion Treasury market helps sets interest rates on everything from home mortgages to credit cards and is often described as the largest, most-liquid market in the world.”

When multiple banks are working as a unit like a cartel isn’t that a conspiracy to commit a crime under Racketeer Influenced and Corrupt Organizations Act [RICO]?
Add to that is how American taxpayers were duped to provide them with at least a $15 Trillion golden parachute in 2008!
No more slap on the wrist for these shenanigans. It’s time to end all forms of resource control by the money-lenders. It’s time to end the dominance of the criminal bankers. It’s time to end the monetary system for good!

7 thoughts on “Lawsuit Filed vs. US Banks Rigging $12.8 Trillion Market”