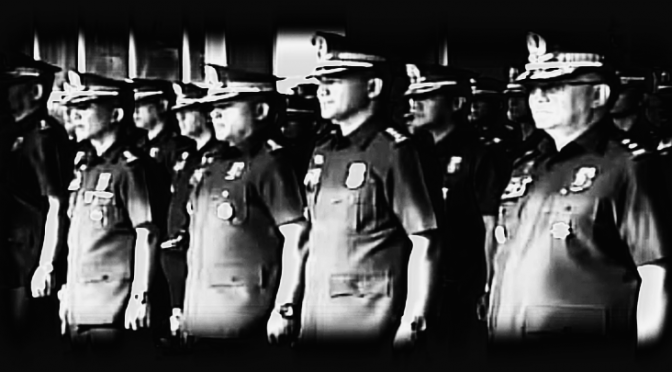 In a speech during the 69th Philippine Air Force Anniversary, President Rodrigo Duterte announced the relief of five police generals who were earlier prodded to peacefully retire and enjoy the benefits thereof, or suffer public humiliation if they choose to wait for him to be inaugurated as the new Commander in Chief.
Three of the unnamed police generals chose the latter.

Without precedence in our entire history as a nation, Duterte named the following police generals as having directly involved themselves in illegal drugs:

Most of these police generals were earlier promoted by ex-President BS Aquino for being loyal political attack dogs.

MANILA, Philippines – Two controversial officers lead the roster of 10 who have been promoted to general rank, as announced by the Philippine National Police (PNP) on Monday, April 14.

Criminal Investigation and Detection Group (CIDG) Director Benjamin Magalong – who was taken to task for affirming the removal of businessman Delfin Lee from the most wanted list – now holds the Police Director rank (Major General).

They lead 8 others who were promoted to general rank, upon the approval of President Benigno Aquino III, based on recommendations by PNP Chief Director General Alan Purisima and the endorsement of Interior and Local Government Secretary Manuel Roxas II. The PNP is under the DILG.

General Alan Purisima was the suspended chief of the PNP giving direct instruction on the botched Philippine-United States covert operation to extract a known Malaysian terrorist, which resulted in the deaths of 44 SAF officers.

Surviving families of the 44 dead SAF officers are now filing charges against Citizen Aquino for failing to send a rescue mission to save the officers, in spite of the fact that the US air assets were able to save their operatives during the withdrawal.
Another Aquino beneficiary is Chief Supt. Edgardo Tinio, executive officer of the Directorate for Integrated Police Operations (DIPO) in South Luzon, who was promoted to one-star general. He is one of those who opted to remain in service that is now being relieved.
Gen. Bernardo Diaz has no accessible public record yet except that he once served as chief of police in Region 10, the adjacent region where Duterte hails from. He is also being relieved. 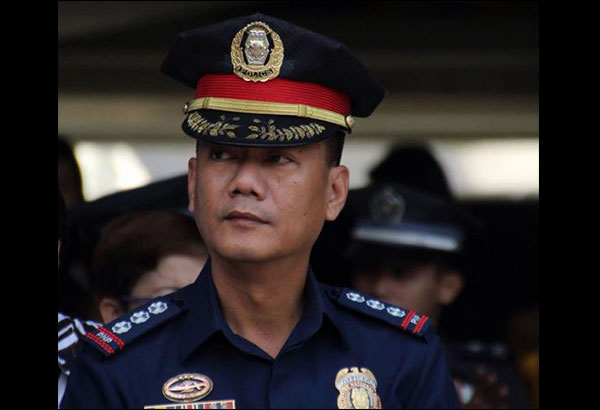 “FORMER National Capital Region Police Office (NCRPO) director Joel Pagdilao on Tuesday denied allegations linking him to illegal drug trade.
In an interview with ABS-CBN’s TV Patrol, Pagdilao said there was no truth to the announcement of President Rodrigo Duterte, naming him as one of the five top police generals who were allegedly protecting drug lords.”
http://newsinfo.inquirer.net/794439/ex-ncrpo-chief-pagdilao-denies-coddling-drug-lords
Narco-Politics
Another PNP general named by Duterte is Gen. Vicente Loot, who just won a mayoral position in Cebu province.

Corro, a first-termer seeking a fresh mandate, got 20,405 votes. He is allied with the Liberal Party.

The United Nationalist Alliance-affiliated Loot described his victory as a “buzzer-beater shot” in a basketball game, when asked by reporters about the slim margin of votes he got.

“It only takes one vote to win,” he said.

There are at least 30 mayors who have directly benefited from the funds generated from the sale and distribution of illegal drugs and witnesses have already come out with their sworn testimonies and from which the Duterte government are currently in the process of verifying.
The decisive move against drugs and criminality has resulted to a massive flood of drug users and peddlers surrendering voluntarily for fear of their lives from erring police officers who are also determined to silence them.
To mitigate police brutality and summary killings, the new PNP Chief ordered a surprise drug testing to all officers right after his inaugural speech during his assumption to the position six days ago. There are at least 50 police officers that have tested positive for methampethamine use.

The creeping narco-statehood is effectively dead on its track as the Duterte government aims for a drastic reduction, or a complete eradication of the drug menace, within the first three to six months of office.