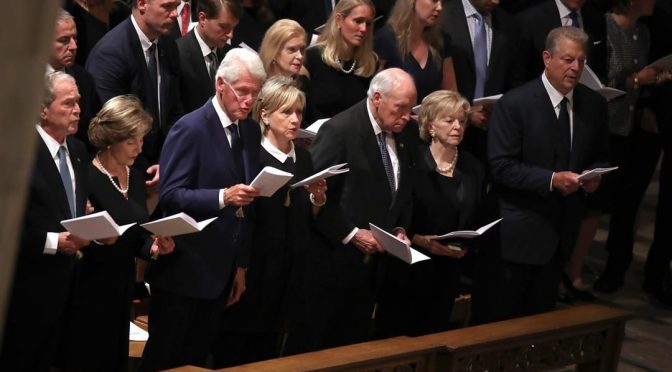 Various events leading to the US President Donald Trump’s decision to withdraw an estimated 2,000 US troops from Syria and at least half of the 14,000 from Afghanistan are creating a very positive picture about the long sought mass arrests of people involved in the systematic destruction of resource rich countries, and the overall deterioration of the quality of life all over the planet.
The rest of these current events are merely smokescreen to “stabilize” the long and precariously untenable situation that the Deep State is in, ever since the internet infrastructure came online.
If one remembers a post on this website that the “intel cowboys” worldwide have integrated their efforts to undermine the abusive Elite’s unwarranted power to subjugate all of humanity, or at least what would remain of it after a Great Holocaust via mass vaccinations and the elaborate poisoning of the food systems, under an AI-based slavery known as the Technocratic dictatorship,

… there is now a conclusive body of evidence that Donald Trump was indeed hired by these intelligence cowboys to take on their battle right into the open through the White House, while they remain under the cloak of what is now known as the QAnon revelations, which are now being actively suppressed by tech giant Google and even the Mozilla Foundation[?].

On January 13, 2018, the Hawaii Emergency Management Agency system sent out a message about an incoming missile… 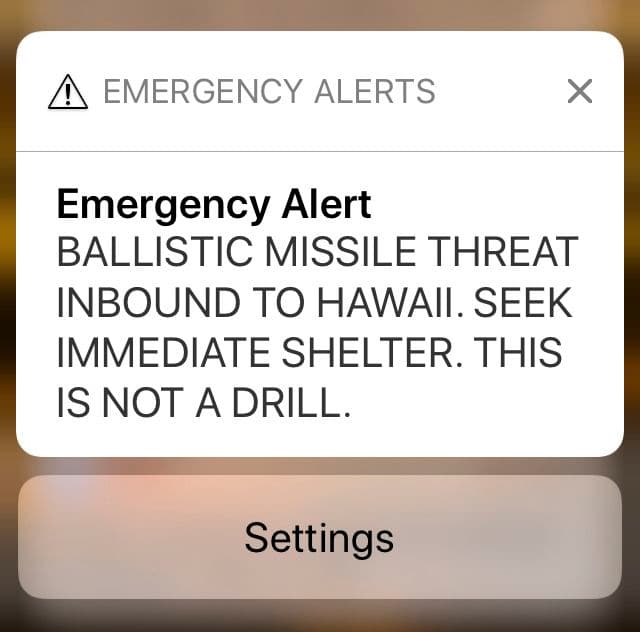 … which plunges everyone there in panic. That was just one of many attempts at starting open WW3 this year alone.
All throughout the early part of Trump’s term in office, he was always fee with false information about chemical attacks in Syria, yet all Trump did was to give instructions to bomb specific targets in the country with the least damage. Such measures, of course, raised all defense related stocks in various exchanges.
But, for the first time in the US Naval history, all US Aircraft Carriers are now docked at their home ports [here].


This runs counter to the constant shadow skirmishes in the South China Sea during the time prior, and into the first few months of the Trump administration.
So, what is really the reason behind the recent Canadian arrest of a Huawei CFO all about?
If we closely examine the Chinese response to the event, they are hitting hard, not on the Americans, but on the Canadian operatives right inside China instead, and this fiasco was initiated right after Xi Jinping and Donald Trump had a meeting on the sidelines of the G20 Summit 2018 in Argentina, where Macron and his much older wife descended from their plane without the courtesy of a proper welcome except from airport ground crew.
Yes, there’s still the issue of the “Chinese hackers stealing US tech,” but then again, all of these are merely smokescreen as there are no arrests made against these so called hackers. Not to mention that everyone is continually spying and stealing from everyone else, a standard staple since war was turned into an art form.
Indeed, the ongoing US-China trade war is sending the Deep State global stock markets in tatters.

As the Dow Jones Industrial Average confronts its ugliest December loss since 1931, the time of the Great Depression, there is another notable way to put the severity of this persistent bout of losses into historical context.
If current conditions hold, it would mark the worst average daily moves for the Dow DJIA, -1.81% the S&P 500 index SPX, -2.06%  and the Russell 2000 index RUT, -2.56%  since October of 1987, according to Dow Jones Market Data.
In market lore, October of 1987 is a period that remains infamous. On Oct. 19, the Dow sank 22.6% in a single session, marking its steepest percentage drop ever, with trading during that period under pressure all month until the final crash.
There’s a similar downtrend that is taking hold in December, despite the seasonal tendency for that month to enjoy a pre-Christmas updraft, typically known as a Santa rally, with institutional investors finding the month a good time to buy looking ahead to the new year.
Here’s how the December moves have shaped up:

For those equity benchmarks, that is the worst performance since that dreaded month more than 30 years ago, based on market levels at 2:30 p.m. Eastern Time.

In that regard, Trump is reportedly contemplating of firing Federal Reserve Chair Powell, another Deep State stooge, for being “too aggressive” in hiking interest rates that are causing the market’s recent slump further. This is a complex issue for the White House, of course, considering the historical foundation of the entire Western financial system.
Aside from the well-documented historical assets of Indochina being used to constantly prop up the Deep State banking system, the Chinese may be impatiently holding the $1+ trillion bag for the Americans, but it is the Philippines, which is unwittingly foregoing its rightful place in the sun when it lent to the Vatican and the US its historical assets primarily in the form of gold under the threat of force, more than a hundred years ago.

It was too painful indeed for Sec. of DOD Mattis to accede to the instruction of President Trump to finally return the Balangiga Bells where it belongs, and to acknowledge the genocidal action of the US against the inhabitants of Samar Island, Philippines, at the turn of the 20th Century.

One of the Balangiga Bells was rung as a signal for the Philippine patriots to start the ambush against the American occupiers, which led to the latter’s deaths that precipitated in the countermeasure aimed at turning Balangiga, Samar Island into a “howling wilderness.”

The Philippines fought the Americans after the latter immediately assumed occupation of the islands when the Spaniards were losing their battle against local revolutionaries.
Duterte’s specific request for the return of the bells was delivered in his State of the Nation 2017, to the shock of the US Ambassador in attendance.

To see and administer the ending of American occupations worldwide is too much for Mattis to bear.

What’s behind the latest accelerated scramble for disclosure and the end of US hostilities worldwide?

For almost two years, US President Donald Trump tried to use conventional methods to deal with the Deep State Congress and State Department, but all he got was constant failures and the now infamous Russiagate.
The latest decision for a complete withdrawal from Syria by Trump was brought about by the direct confirmation of Turkey President Erdogan that ISIS is already 99% neutralized, a fact reluctantly admitted to by Bolton, Pompeo, and Mattis — the threesome insisted that US forces still needed to prevent an ISIS resurgence in the region.
It must be said that the US withdrawal from Syria is inevitable due to the US bankruptcy, and obviously was also part of what was agreed upon by Trump and Putin during their “candid and useful” one-on-one meeting in Helsinki last July 16th, 2018.
Another turning point for Trump is the California Wildfire, which was very unique in its speed and coverage, prompting those who have a functioning gray matter to doubt the mainstream narrative of just another proof of “global warming.“

The directed energy weapon’s attack on Paradise, California, is now reported as a desperate Deep State attack on off-world beings, who have been living among us for decades in order to guide humanity in the proper use of nuclear technology, immediately in the aftermath of the last World War where several atomic bombs of increasing intensity were detonated in some Pacific atolls and inland elsewhere.
Trump was made aware of off-world technologies very early on from his own uncle, John George Trump, who was a known physicist in his time.

John George Trump (August 21, 1907 – February 21, 1985) was an American electrical engineer, inventor, and physicist. He was a recipient of U.S. President Ronald Reagan‘s National Medal of Science, and a member of the National Academy of Engineering.[3][4][5] John Trump was noted for developing rotational radiation therapy.[3] Together with Robert J. Van de Graaff, he developed one of the first million-volt X-ray generators. He was the paternal uncle of the 45th President of the United States, Donald Trump.
The National Academy of Engineering described Trump as “a pioneer in the scientific, engineering and medical applications of high voltage machinery”.[4] James Melcher, Trump’s lab director, is quoted as saying: “John, over a period of three decades, would be approached by people of all sorts because he could make megavolt beams of ions and electrons – death rays. … What did he do with it? Cancer research, sterilizing sludge out in Deer Island [a waste disposal facility], all sorts of wondrous things. He didn’t touch the weapons stuff.”[10]

So, when Trump peppered his inaugural speech with “technologies of tomorrow” he does know what he was talking about.

We stand at the birth of a new millennium, ready to unlock the mysteries of space, to free the Earth from the miseries of disease, and to harness the energies, industries and technologies of tomorrow.

As for the Russia-US “deteriorating” relationship due to the unilateral abrogation of the INF treaty by the US, it’s just another smokescreen to feed the warmongers and the military industrial complex one last time, before it is transformed into an agent of positive, significantly advanced infrastructure churning out free energy and gravity defying transport systems that will end the petrodollar/perpetual war-based economy.
The US military withdrawal from Syria will turn out to be the watershed event that will pave the way for lasting peace worldwide, where not a single element of the Deep State can have a piece of the action.
The sealed indictment for the month of November alone totaled 5,233, bringing the overall figure to 66,568 between October 30, 2017 and November 30, 2018, according to pacer.gov data. 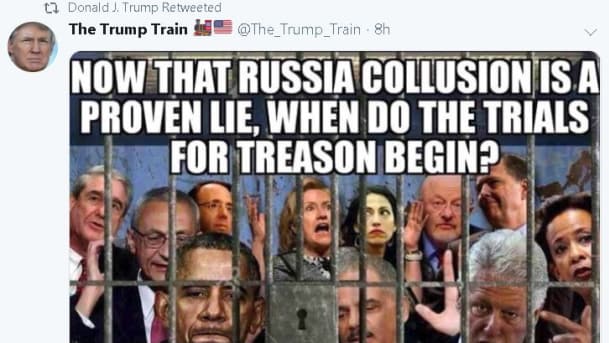 No, it’s not 2 months from now, but on New Year’s Eve, Trump wants Mattis to go…

I am pleased to announce that our very talented Deputy Secretary of Defense, Patrick Shanahan, will assume the title of Acting Secretary of Defense starting January 1, 2019. Patrick has a long list of accomplishments while serving as Deputy, & previously Boeing. He will be great!

… and the White House expressly underscored the point that it’s not going to change its decision to pull out from Syria.
The Syrians are already celebrating the good news…

Another tsunami attack against Indonesia should grab the headlines, at the very least, away from the US pullout in Syria.