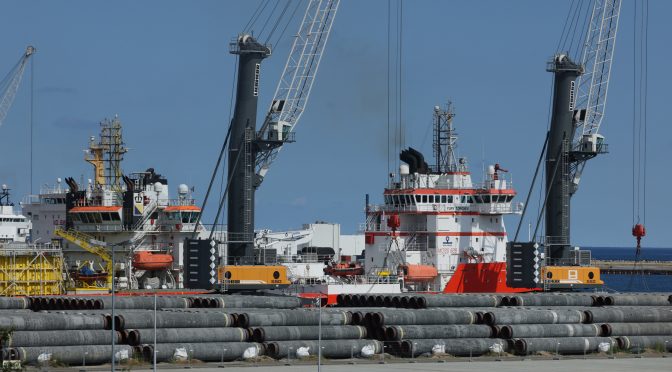 The contradictions that stem from American and European arrogance have finally hit breaking point.

The United States reportedly boosted its import of Russian oil last month, according to official figures from the Energy Information Administration. The extra imported volume accounted for a 43 percent increase.

This is in spite of an executive order by U.S. President Joe Biden on March 8 to ban all energy and hydrocarbon commodities from Russia. That draconian measure was declared in response to Russia’s military intervention in Ukraine that was launched on February 24.

Admittedly, the United States does not rely heavily on Russia for its crude oil supply. Russia is not in the top five suppliers to the U.S., according to the EIA. Nevertheless, the apparent ramping up of U.S. purchase of Russian oil strikes a bizarre chord.

It comes as Washington is demanding European allies to cut energy trade with Russia. And it’s not just the Europeans that are being ordered to do so. India and other Asian countries are also harangued by the Americans to likewise reduce imports of Russian gas, oil and petroleum products.

Given today’s date, one could be forgiven for thinking this is some kind of April Fools joke. It’s not. But it is a laughable illustration of how reckless and ridiculous American hubris has become.

Washington wants its so-called allies to commit economic suicide by cutting off vital energy trade with Russia all in a bid to satisfy its de facto Cold War agenda of trying to isolate Moscow and draw all countries under U.S. hegemony. The same geopolitical agenda applies to China, although that has taken somewhat of a backseat given the immediate tensions with Russia.

The U.S. may not have large dependence on Russian oil and gas, but many other countries do. Russia is among the largest global suppliers of gas, oil and petroleum products. Washington’s attitude is one of demanding others to cut their noses off to spite their face, or put another way, to shoot themselves in the foot. Meanwhile, the American rulers think they can insulate themselves from harm. Although this week, in a sign of how futile this all is, Biden ordered the biggest release of U.S. strategic oil reserves in order to dial down crazy American pump prices.

It is astounding the level of arrogance among American politicians. If so-called allies conform to Washington’s dictates, it would result in immediate devastation of their economies. In the not-so-long run, too, the American economy will also be ruinously impacted from global supply chains.

The global energy crisis and general economic inflation (or poverty in plainer language) has become the central political problem across the world. The Covid-19 pandemic is part of the precipitating cause to accelerate the demise of U.S.-led global capitalism. The tensions between the West and Russia over the conflict in Ukraine have further amplified the problem. The war in Ukraine could have been avoided if the United States and its NATO allies had engaged respectfully with Moscow to resolve its oft-repeated security concerns. But the Western powers repudiated Russia’s proposals and appeals for genuine diplomacy.

There are tentative signs that several rounds of talks between Ukraine and Russia – the latest round hosted by Turkey this week – might be making progress. The Ukrainian side has reportedly accepted Russia’s demands for neutrality from NATO and recognition of Moscow’s historic claim to Crimea as well as the independence of the Russian-speaking Donbass republics. That outcome is similar to what Russia had been demanding in the months before the tensions boiled over into war. The unnecessary suffering is a tragedy that could have been averted if the U.S. and NATO had any reasonable attitude.

It remains to be seen, however, if Washington will cast a veto over the talks making progress since it is supporting the Kiev regime with weapons and financial loans. One suspects peace is not what the United States wants ultimately. It wants, indeed needs, permanent conflict and tensions because that in essence is the way it maintains U.S. global hegemony.

To everyone else though, it should be clear that a political settlement in Ukraine and more generally between the West and Russia is urgently required for peace and long-term security.

It is counterproductive that Washington and its European allies are insisting on harsher sanctions against Russia instead of addressing the root causes of NATO expansionism and U.S.-led transatlantic dominance. This is only leading to a downward spiral in the global economy on a historic scale that will impact every nation, particularly the poorest and most vulnerable, to price shocks.

American hubris and European servility seem to know no bounds. The Western nations froze Russia’s foreign assets amounting to $300 billion. Now Russian President Vladimir Putin has decreed that all future gas purchases must be made in rubles instead of dollars or euros. Failure to meet Russia’s demands will result in gas exports being cut off. The reciprocal move by Moscow is justified. If the Western powers feel entitled to unilaterally change the terms of trade then why shouldn’t Russia?

It is incredible that some European governments seem willing to toe the American line even when that line is leading them over the abyss. The economic repercussions of this masochistic policy are unleashing social mayhem as citizens in Europe and the U.S. bear the brunt of excruciating living costs. The Biden administration and his Democratic Party are facing an electoral backlash in the forthcoming mid-term elections this autumn.

But the sense is that the political repercussions are much bigger than election backlash. The U.S. policy of confrontation with Russia and China and others is re-creating a Cold War global order that is completely untenable and is rapidly breaking down. European lackey governments are going along with this self-defeating ideology out of cowardice or failure of understanding. Even though the upshot is the ruination of their economies and societies.

The United States through its pursuit of hegemony is cratering the foundations of its own power. European allies following this insanity are causing their own demise from economic devastation. The political elites in the West are fomenting social chaos in their own nations.

Russia’s move to price its gas and other commodities in rubles is a tangible step away from the era of reserve currencies of the dollar and euro. China, India and other nations are beginning to embrace a world without Western financial diktat. A new global multipolar order is emerging in which Western powers are no longer tolerated as privileged.

The contradictions that stem from American and European arrogance have finally hit breaking point. Their attitude of, “Do as we say, not as we do”, is the damnedest April Fool joke today.