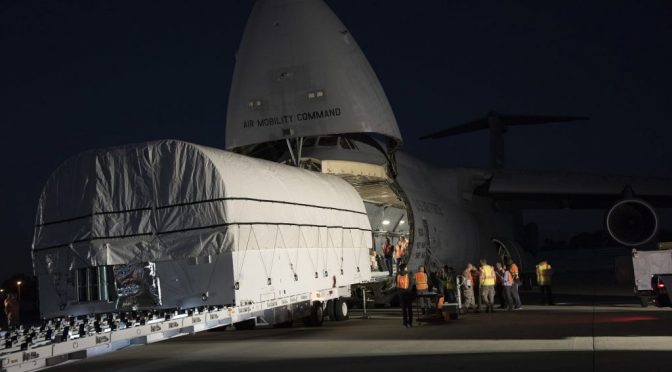 The provocation of war in Ukraine via a Victoria Nuland coup in 2014 was multi-faceted. It’s a systematic incursion of NATO forces on the border of Russia to open up for many aggressive possibilities including a Pentagon research and use of bioweapons specifically designed to target the Russian genome, and of course, to provide a windfall for Pentagon weapons contractors, and charged to US taxpayers currently suffering from an economic recession. – CG

Raytheon and Lockeed Martin get $311 million to replenish stocks of Javelins sent to Ukraine. A joint venture by Raytheon Missiles and Lockheed Martin has been awarded a $311 million contract for Javelin missiles, the Pentagon announced on Thursday.

To replace the weapons sent to Ukraine, the company will deliver more than 1,800 anti-tank missiles to the US Army.

Defense Department records show that the Javelin Joint Venture has been awarded a total of $663 million in contracts this year under the Ukraine armament programs. Raytheon additionally got $624 million in May to produce replacements for Stinger missiles sent to Kiev, while Lockheed received a $33 million contract in August for HIMARS rocket artillery components.

“As we use various authorities to replenish our own stocks, industry can expect a strong, persistent demand signal,” the Pentagon’s Undersecretary for Acquisition and Sustainment William LaPlante said in a statement announcing the contract.

By the Pentagon’s own admission, the US has sent Ukraine “more than $17.2 billion in security assistance” since 2014, and another $14.5 billion since the hostilities escalated in February. Most of the funding earmarked for Kiev actually goes to the US military industry, to replenish the Pentagon stockpiles.

Between the deliveries of weapons and ammunition and direct involvement of military and intelligence officials in Ukrainian operations – as admitted in the American press – the US has become openly involved in the conflict, Russian ambassador to Washington Anatoly Antonov said in an interview on Wednesday. Antonov noted in particular the “insatiable appetite” of the US military-industrial complex, which he said played a major role in the belligerent American policy.

Lockheed Martin and Raytheon are two of the biggest components of the US military-industrial complex, with headquarters just outside Washington, DC. Lockheed gained notoriety with the F-35 fighter program, the cost of which has been estimated at more than $1.5 trillion. Raytheon is best known for jet engines and an array of missiles. Current Secretary of Defense Lloyd Austin sat on the latter’s board of directors after he retired from the army.

Another “drawdown” of Pentagon stocks comes a week after a $675 million ammunition package.

The US will send another $600 million in military assistance to Ukraine on top of the $675 million package announced last week, President Joe Biden said on Thursday. The White House did not specify what the latest disbursement will consist of, only that it would be a drawdown of Defense Department “articles and services.”

A memo posted on the White House website authorized Secretary of State Antony Blinken to “direct the drawdown of up to $600 million in defense articles and services of the Department of Defense, and military education and training,” to Ukraine.

Earlier on Thursday, the Pentagon announced a $311 million contract to Lockheed Martin and Raytheon, for replenishing the stocks of Javelin anti-tank missiles depleted by deliveries to Kiev.

Noting the contents of the $675 million aid package last Thursday, the Defense Department mentioned that it was the 20th such “drawdown” since August 2021.

Since Russia sent troops into Ukraine in February, the Biden White House has pledged a total of $44.3 billion in aid to Kiev. Only part of it has been in cash, however, while the rest was the assessed value of weapons, ammunition and training offered by the Pentagon. As of last week, the purely military aid amounted to $14.5 billion since February, on top of the $17.2 billion funneled into Ukraine since the 2014 coup.

Meanwhile, the National Defense Industrial Association estimated the US military will experience a $110 billion loss in purchasing power in the next fiscal year due to runaway inflation, arguing that the Pentagon will need $42 billion added to the budget just to keep up.