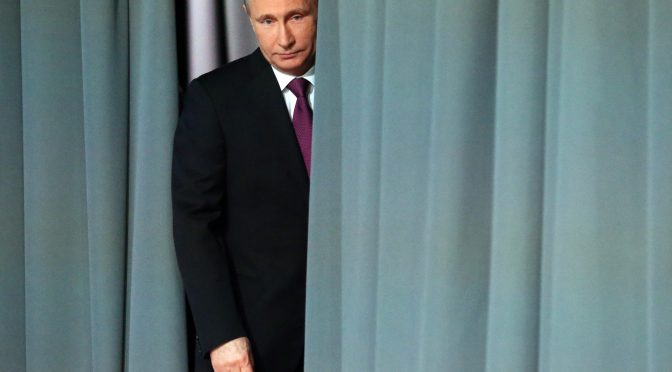 The Russian president would like to negotiate a new place for his country in the world order, an Ankara official claims.

In an interview with the American broadcaster, he said that the Ukraine conflict will inevitably end in a negotiated settlement, with the only question being when, “and how much damage will have been done by then?”

Such a settlement will be about more than the borders of Russia and Ukraine, he continued, arguing that what Putin really aims to do is renegotiate the balance of power between Moscow and the West, after a weakened Russia accepted several rounds of NATO expansion in the aftermath of the Cold War.

“Our understanding is that Mr. Putin wants to have a new grand bargain, a new deal, with the West,” Kalin said. The Turkish official referenced agreements signed by Moscow and NATO in the early 1990s – which included the 1997 NATO-Russia Founding Act, which stated that the alliance would continue to expand, and the 1994 Budapest Memorandum, in which Russia agreed not to use force against its neighbors – as decisions Putin would like to re-do.

Putin declared last week that “the ongoing collapse of Western hegemony is irreversible,” and that “things will never be the same.” A multipolar world, he said, will give non-Western nations “an opportunity to strengthen their sovereignty.”

According to Kalin, “This puts of course the entire global order, the liberal order, to a test.” He added: “So far the response has been war from both sides.”

Western leaders have not indicated that they intend to negotiate an end to the Ukraine conflict in the near future. Washington’s official line is that it will continue to funnel tens of billions of dollars’ worth of arms to Kiev “for as long as it takes,” and will allow Ukraine to dictate its terms for ending the conflict.

Amid the broader conflict between Russia and the West, Türkiye has positioned itself as a middleman, with Ankara hosting peace talks between Russia and Ukraine in March that ultimately broke down. Turkish President Recep Tayyip Erdogan on Thursday called for both sides to return to negotiations, declaring that “even the worst peace will be better than war.”